Who stands by religious minorities in Bangladesh? 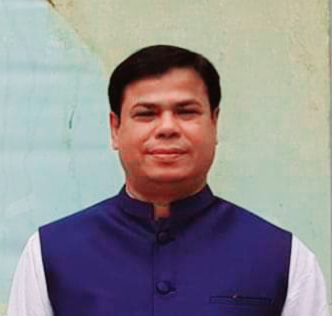 On 13 Oc­tober, 2021 the first incident of attack in a local temple in Cumilla town was reported arising out of an unexpected incident which deems to be a part of a conspiracy to start communal terrorism. At the directive of the Prime Minister, the government took the incident into serious cognizance instantly and started taking all the necessary actions. Prime Minister has directed all concerned in the government to take immediate steps to identity and arrest the criminals and bring them to justice and also to take preventive measures in order to protect the religious minorities especially the Hindu population. Prime Minister Sheikh Hasina also ordered to provide adequate compensation speedily to the affected people. The government deployed Boarder Guard Bangladesh (BGB) in 22 (twenty two) districts following tensions over the Cumilla incident. But several incidents of heinous attack in Hindu temples were occurred in the next few days in Chandpur, Noakhali, Feni and Rangpur and the most serious incident occurred in Noakhali. Prime Minister Sheikh Haina has urged the Awami League leaders and activists to come down to the ground to resist the attacks on Hindu Mandirs and the houses and properties belonging to religious minorities. She already sent high-powered teams comprising of Awami League central Committee leaders to Cumilla, Hajiganj in Chandpur, Noakhali, Bashkhali in Chittagong and Pirganj in Rangpur. Prime Minister and Awami League President Sheikh Hasina has launched a number of party programmes nationwide to combat the communal terrorism. Prime Minister has directed all concerned to extend all-out supports towards the Hindu community.

Starting from the Cumilla incident till date, 71 criminal cases are lodged and about 500 people are arrested on charges of communal attacks and violence all over the country. A number of new cases are being processed. The police and the law enforcing agencies are working hard and driving operations to arrest the accused people and the suspected ones.

Prime Minister Sheikh Hasina has dismantled the regime of the impunity in Bangladesh and instead, established rule of law in the country. Her government responded instantly to every incident of communal violence in the country by way of bringing the criminal to justice, while the other governments actively indulged to this kind of heinous acts. In the incident of attack on a Buddhist temple in Ramu in the year 2012, 300 people were arrested in the first week of the attack including the Upazilla Chairman of Naikhongchhari Tofael Ahmed (Jamat leader) who was suspended from his position. The trial of the accused are continuing in the regular criminal courts and the state party (government)  has been working hard as prosecution to ensure punishment for the criminals. In Nasir Nagar incident in 2016, in the first two days of the incident 53 suspected were arrested and sent to jail. The government did not exempt anyone from the prosecution. The trial is going on in the regular courts. It is noted that because of the numbers of the courts as compared to the population size in the country, trials in the courts in Bangladesh generally take a considerable period of time for final disposal. Even the trial of the killers of the Father of the Nation and his family members took many years for final disposal.

The government has taken effective and adequate measures,

both preventive and punitive, for the protection and welfare

justice to the victims and their families

Prime Minister Sheikh Hasina truly believes in secular and non-communal politics. Sheikh Hasina said, “Bangla­desh Awami League does not use the term minority as a nomenclature for religious minorities in Bangladesh. She mentioned, “we all are citizens of Bang­ladesh standing on the equal footing and our constitution, laws of the land and the culture and heritage do not discriminate among our citizens on the grounds of religion, caste, creed, gender etc.”

Prime Minister Sheikh Hasina has given stern warning to perpetrators of communal violence. She said, "The incidents are being thoroughly investigated. Nobody will be spared. It does not matter which religion they belong to. They will be hunted down and punished.” She further said, "They must be found. We did so in the past and will do it in the future, too. They must face due punishment. Exemplary punishment will be given so that none can dare to engage in the future.”

We have the information that some political parties are trying to have recourse to communal terrorism in order to dismantle the current political and economic stability of the country and to tarnish the image of Bangladesh outside world. It is substantially clear who could be the potential beneficiary to this atrocity. A number of authentic reports indicate that there had been political motive to destabilize the government behind the recent communal violence. The reports have clearly indicated that BNP and its allies and their activists and supporters have actively participated in the communal violence. After the first incident in Cumilla, many BNP leaders through their social media IDs have instigated or indulged the common people to engage in communal violence. During the last ten years, BNP and its allies have used several methods of campaign to destabilize the government. Having failed in every method, they have had recourse to communal violence for this goal. Given the sensitivity of the socio-political-cultural ethos of South Asia, playing communal card was an easy task for them. However, because of the staunch and stringent  position of Prime Minister Sheikh Hasina’s government in dealing and addressing the issue, the situation is under control of the government. The government has taken effective and adequate measures, both preventive and punitive, for the protection and welfare of the people belonging to religious minorities as well as for rendering justice to the victims and their families.

How patients can make the work of doctors easier

There is no ‘back to normal’ after Covid

Fuzzy language is setting back the fight against Covid