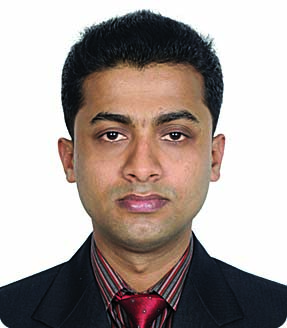 As the world is learning from the most successful strategies for containing Covid-19 pandemic, Bangladesh has something to show.

With calculative decision-making when it comes to imposing lockdowns, increasing the capacity of testing as well as quarantine, mask use campaign, vaccination, strengthening health system, and economic support, Bangladesh has contained the Covid-19 pandemic for now.

“It seems the worst is over,” Dr ASM Alamgir, principal scientific officer of the government’s disease monitoring agency, IEDCR, told Bangladesh Post as the country records less than 5 percent positivity rate among those tested for Covid-19 every day. The rate was over 15 percent even a month ago.

It is the leadership that matters since a successful response to the pandemic depends on more than a country’s wealth, scientific prowess and history of public health successes. The United States is the perfect example. With all of those advantages, the country grappled to contain the spread of the virus during President Donald Trump’s administration.

In Bangladesh, Prime Minister Sheikh Hasina has been leading the war from the front since the outbreak of the virus in the country in March 2020.

There is no denying that lockdown was the only means to break the chain of the virus spread. The rules imposed were in line with those in other countries – a ban on gathering, closure of educational institutions, offices, and factories, a ban on public transports in and out of districts, and the cancellation of flights.

As the first wave of the pandemic, brought about by the comeback of expatriates, hit the country, the Corona-positive rate stood at a staggering 23%. The general lockdown was not lifted until Covid hotspots were mapped. However, the silver lining faded after three months, in the March of 2021 as the Beta-variant made its way to Bangladesh. When the positive rate again soared to 18 percent, the second lockdown was imposed. Then the delta variant took no time to spread across the border areas and prompted the government to impose the lockdown for the third phase. The prime goal was to protect Dhaka from 15 red zones in Rajshahi, Khulna, and Rangpur.

Within 3 months of the third lockdown, the number of people newly diagnosed with Corona stood at 4,65,183 against 3,13,000 in the first six months of 2020. Both that number and the detection rate of 28-31 matched the Yale University research stating that one delta-infected person was affecting three to four people while that number was 2.5 in the case of previous SARs COV-2.

This has contributed to the improvement of the situation. The government's 'No Mask, No Service' policy and the continuous use of phone calls to encourage people to use masks paid off.

The EPI programme carried out six-day mass vaccination in August and September. Various community and religious leaders were also encouraged to take part in spreading awareness messages. And they responded to the government’s call.

A large number of youths has been engaged in the Covid-19 containment plan. They have been used to encourage others in maintaining health rules and taking vaccines. The government was also able to restrict the virus spread among the Rohingya population in Cox’s Bazar.

Statistics suggest countries like Cambodia, Vietnam, Malaysia, Indonesia and other ASEAN countries could not cope with Bangladesh when it comes to the vaccine race.

The European Union (EU) has pledged to provide 1 Crore (10 million) doses of Covid-19 vaccine to Bangladesh.

“These vaccines will be shipped in the last quarter of this year. We are hopeful to get more allocation for the same period. Thank you USA n COVAX,” he wrote in his Facebook page.

The government has facilitated free testing in 545 Rapid Antigen and 51 Genexpert Test Centers. RT-PCR tests cost Tk 100 per person in government centers and cost nothing for the poor.

Currently, there is a capacity for testing 55,000 people while, during the onset of the pandemic, IEDCR could test only 33 people for Covid.

There were only 9 Covid-dedicated hospitals in April of 2020. Now there are 100 government and 39 private hospitals dedicated to Covid-19 patients.

As Dhaka is an overpopulated city, 54% of all detects and 43% of all deaths happen here, and that is why 44% of hospitals are located in Dhaka.

Since the beginning, we have been aware of the high-flow Oxygen supply issue for the Covid patients and have adopted a strategy accordingly in June 2020.

Under that strategy, liquid Oxygen tanks were installed to ensure an undisrupted flow of Oxygen through the central pipelines of Covid-dedicated hospitals.

Hospitals are also endowed with an increased capacity in terms of central Oxygen tanks, cylinders and concentrators, and Oxygen supply. PPE has been supplied through government and private initiatives by increasing capacity locally.

The lion’s share of our healthcare expenditure comes from our own pockets. On the other hand, private hospitals charge Tk 37,000 to 68,500 to a Covid patient per day.

This huge expense and the number of beds – these two reasons speak for the high death rate (84% of all deaths) at government hospitals.

The medicine industry has its fair share of this success. Ninety-eight percent of all necessary medicines come from this industry, except for Tocilizumab (Actemra). It is Immunomodulatory, which was used to reduce cytokine storms. Apart from that, all medicines related to Covid-19 were manufactured in the country. Even the organizations increased their preservation facilities so that the government could preserve vaccines.

The last incentive of Tk 3,200 crore was announced in July 2021. The aim was to provide employment to the people through government expenditure, increase agricultural production, and provide low-interest loans to keep the industry afloat. In addition, the coverage of social security programmes has been extended through food aid, cash and housing to bring the poor working in various sectors into the social safety net.