A tribute to Sheikh Russel

Let the whole world be safe for children 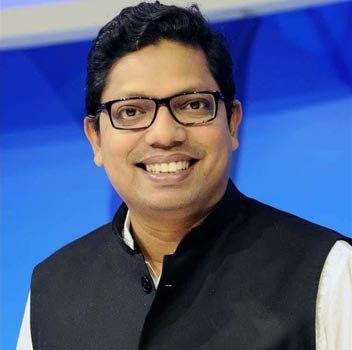 It was 1964. It was the time of tumultuous war. Histo­rically and politically important events were taking place in the former East Pakistan. At that time, the presidential election was going on in full swing across Pakistan. On the one hand was President Ayub Khan, on the other hand, Fatema Jinnah, the sister of the united opposition candidate Quaid-e-Azam Muhammad Ali Jinnah. In the midst of uncertainty and darkness, the people of this region dreamt of independence.

A child was born lighting the house of Bangabandhu Sheikh Mujibur Rahman, the undisputed leader of the Bengalis, who was about to implement this dream of liberation.

Sheikh Russel was born on 18 October 1964 at Bangabandhu's historic house on Dhanmondi Road No 32. On the day Russel was born, Bangabandhu was in Chittagong to campaign for Fatema Jinnah. Although the father was not present at the time of birth, the father and son passed away together on August 15, 1975.

Bangabandhu Sheikh Mujibur Rahman named his youngest son Russel. His favorite author was Bertrand Russell, the Nobel Laureate in world-renowned British philosophical literature. He was not only a philosopher but a scientist. He was also a major world leader in the anti-nuclear war movement. He has worked tirelessly to make the world beautiful and peaceful for human habitation. Bangabandhu named the youngest member of the family Russel after Bertrand Russell. Bangabandhu must have had a great dream or aspiration surrounding this name. He must have hoped that his son would grow up and become world famous one day. So many desires of people remain unfulfilled!

Russel's world revolved around his parents — Bangabandhu Sheikh Mujibur Rahman and Sheikh Fazilatunnesa Mujib, sisters Sheikh Hasina and Sheikh Rehana and brothers Sheikh Kamal and Sheikh Jamal. Little Russel was the center of all their love. Russel spent most of his life without his father Mujib, because, Mujib became a political prisoner and was in jail day after day. Sheikh Russel has met Bangabandhu in jail several times. However, his first visit to the jail was on May 8, 1966, after the arrest of his father.

Russel did not want to leave his father behind when he visited the prison. Situations like this used to upset him. Bangabandhu wrote about Russel in his Karagarer Rojnamcha (Diary in Jail) on June 15, 1966, “18-month-old Russel doesn't smile at all after coming to the prison office until he sees me. I saw him shouting 'Abba Abba' from a distance as usual. A truck loaded with goods entered through the prison gate. So I stood at the window and held him affectionately. After a while, Russel grabbed me by the throat and laughed. They said, he stares at the window saying 'father's house', until I come. He thinks that it is his father's house. When it is time for him to leave, I have to find a way to escape.”Sheikh Russel was temperamental. Bangabandhu himself wrote about this in the prison diary. On April 14-15, 1967, among other things, Bangabandhu wrote about Russel, “When I arrived at the jail gate, I was surprised to see that my little boy was not waiting for me today. When I went inside the room and hugged him, he grabbed my neck and called me 'Abba', 'Abba' a few times and went to his mother's lap and started calling her 'Abba', 'Abba'. I asked, ‘What’s the matter?’ Her mother said, ‘He keeps crying ‘Abba’ ‘Abba’ at home so I told him to call me ‘Abba’. Russel began to call ‘Abba’ ‘Abba’ and as soon as I answered, he grabbed his mother’s neck and said, ‘You are my father.’ He seemed to be upset with me. Now he doesn’t want to take me with him while leaving.”

Sheikh Russel as a child also had to spend his life in captivity. His days were very difficult. Sister Sheikh Hasina wrote in her essay ‘Amader Choto Russel Sona’, “Little Russel has also started living like a prisoner. He doesn’t eat properly; no toys; no books. He is leading a difficult life. We don't know any news about Abba; where he is or how he is. Russel cried a lot for Abba during the initial stage when Abba was in jail.”

Russel, who grew up watching his father Sheikh Mujibur Rahman in jail from an early age, unknowingly became an introvert. Prime Minister Sheikh Hasina, daughter of Bangabandhu in this regard said in her speech, “He used to repress his emotion. He did not say anything easily. Whenever he used to cry and we asked him why there were tears in his eyes, he would say, I have got something in my eyes. Despite being a small child, he learned how to hide the pain of his heart.”

Sheikh Russel was friendly; he had compassion for the poor. When he went to Tungipara, the village of the father of the nation, he would take clothes for the boys of the village. He would give them gifts. If Sheikh Russel had survived today, the country would have got a compassionate man.

This short life of Sheikh Russel is very instructive for us. Firstly, if our children grow up to be like Sheikh Russel, we would have had ideal children who would have shaped tomorrow's consciousness as citizens.

Children, therefore, need to know about the short life of Sheikh Russell so that children can grow up in the beauty or society, can laugh, can play, can be mischievous, can be friends and be compassionate towards the poor. Thus, if every child grows up like him, they can enlightened people. That is why it is very important for us to know about the life of Sheikh Russel.

There is no way to tell how Sheikh Russel developed himself. However, there is no doubt that the family tradition, the legacy of the ideal, played an important role in shaping his character. From that point of view, it can be said that there was a deep love and responsibility towards the people of the country in his heart and mind. He intended to master the subjects of his interest to make a significant contribution. That was normal for him. If Russel was here today, a talented man would have been in the forefront of the struggle to take Bangladesh forward.

Unfortunately, the course of life, the course of history, does not always follow a normal course. Many unexpected events come and make that journey dangerous; turn it around; take it to a different route. Then again, it is necessary to struggle to get back on to the right path. The country was led astray by the August 15, 1975 massacre and the child, Sheikh Russel, was a ruthless victim of this. As a result, his birthday is not a joy, but a source of sorrow for the conscientious people.

On his birthday, along with Sheikh Russel, we also commemorate the martyrs of August 15, 1975, including Father of the Nation Bangabandhu Sheikh Mujibur Rahman. The defeated assassins of 1971 carried out this massacre to erase the spirit of the great liberation war from the country. However, those self-confessed murderers were acquitted by the law. The hope is that Prime Minister Sheikh Hasina, daughter of Bangabandhu, liberated the country from the culture of impunity by bringing the murderers to justice.

Sheikh Russel's birthday will be celebrated on October 18 as 'National Day' from this year. The Department of Information and Communication Technology (ICT) presented the proposal and rationale for celebrating Sheikh Russel Day to the cabinet. On 23 August 2021, the Cabinet approved the observance of Sheikh Russel Day as a ‘Class A’ day. On behalf of the ICT Department, we would like to express our sincere thanks and appreciation to the Prime Minister Sheikh Hasina for this.  The grief of the untimely demise of Sheikh Russel will never end. On Sheikh Russel's birthday, we wish that not only our country, but the whole world would be safe for children. May the violence end and may peace be established forever.

Baking in the sun, Italy gears up for September elections