What do we mean by the border? How much importance does a border hold? Why do countries have to guard their borders? So many questions arouse our mind when we notice an adjective before it, “Dangerous”!

According to the Oxford dictionary, a border is “A line separating two countries, administrative divisions, or other areas.” That means a border defines the geopolitical boundary of a country. But that simple definition turns into vast complexities when we can finally learn the calculated standards of marking a border.

However, we are human beings, so we have many borders, including countries. Only birds do not have any boundaries to cross at any time. But as human beings, there are so many rules and formalities that we have to abide by; otherwise, any time, any boundaries can be fatal for us. For example, border lengths between Sudan and South Sudan are 1,341 miles. Probably 150,000 people were killed in 2018 due to a border dispute on these two countries’ border ground.

Undoubtedly, Sudan and South Sudan both have a dangerous border for citizens and other nationals, as they are not selective while shooting. That is not but one; there are more also. This article will discuss the top three most dangerous borders in this world, which have been fatal and matter of conflict for far more than several decades. 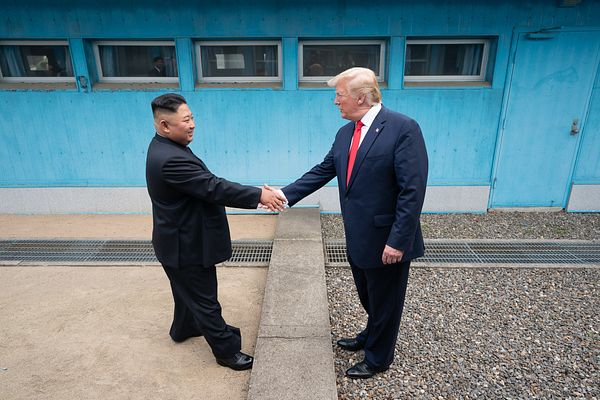 In January 2022, North Korea test-fired its first missile of the year, while on the same day South Korean President has attended a ceremony in the border town of Goseong, stating that one day South and North both will reunite Korean Peninsula!

North Korea and South Korea borderline are 160 miles long. This area is known as the Korean Demilitarized Zone (DMZ). It is one of the most militarized borders on earth. If you take a trip to this border (though it is impossible!), you have to encounter electrified barbed wires, tank mines, live minefields, assault tunnels, and heavy missile weapons.

The border was established by an agreement between North Korea, China, and the United Nations in 1953. From then, this border turns into one of the most dangerous globally due to its high volatile nature. The center area of the DMZ is a buffering territory which is known as the Military Demarcation Line (MDL) of political border between the two fractions. Nearly two million troopers are guarding the border area. Both soldiers are equally violent, and if you try to cross from any of the sides, you will get a shot. Thousands of people have died on both sides since 1953.

We can keep violence and hostility on another side; apart from that, the other considerable threats are the millions of land mines and unexploded artillery in the DMZ, so escape from death. The DMZ's wildlife habitat also faces the adversary. The limited freight-train service was continued across the zone in the mid of 2007. A South Korean tourist was shot and murdered by North Korean border guards a year later. Then, the train service was shut down again. From then on, the situation has remained unstable in the board area. 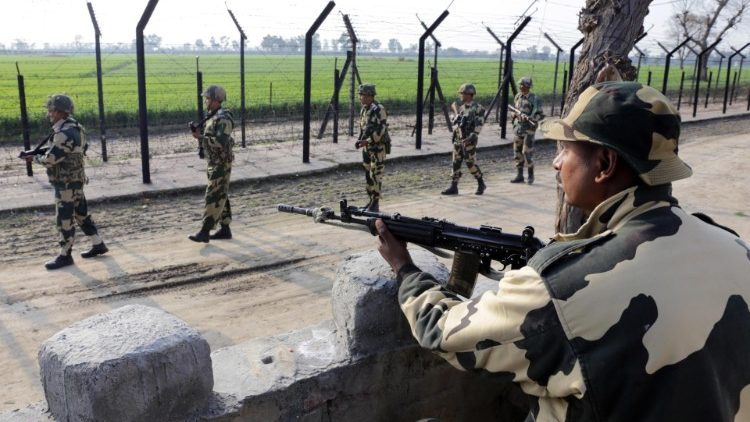 The Indian subcontinent was divided by a pen and paperwork of British judge Cyril Radcliffe. His violent state formation style demarcated two different borderlines within the border in 1947. Arriving in India, his first unexpected, unwilling, and unwise act in July 1947 started a border dispute which resulted in four wars. From 1947 to 1999, India and Pakistan have fought 70 times; therefore, the border always remains as hot as Arab sand.

Kashmir is the most Militarized region of the earth. These children have PTSD from their early traumatic childhood. India and Pakistan have three and two cease-fire lines, namely the Line of Control in the Kashmir region, which deploy several operations disguisedly. We often travel to Kashmir and take pictures of our tours, but do we ever imagine ourselves under secret surveillance?. Though it happens!

Both India and Pakistan spend a large proportion of their military funding to secure themselves from each other. Their conflict in the border area has displaced and killed millions of people since 1947. India and Pakistan border is one of the most inhospitable and unconventionally militarized borders globally. Due to its 150,000 Indian floodlights, it is the only visible border from the space! 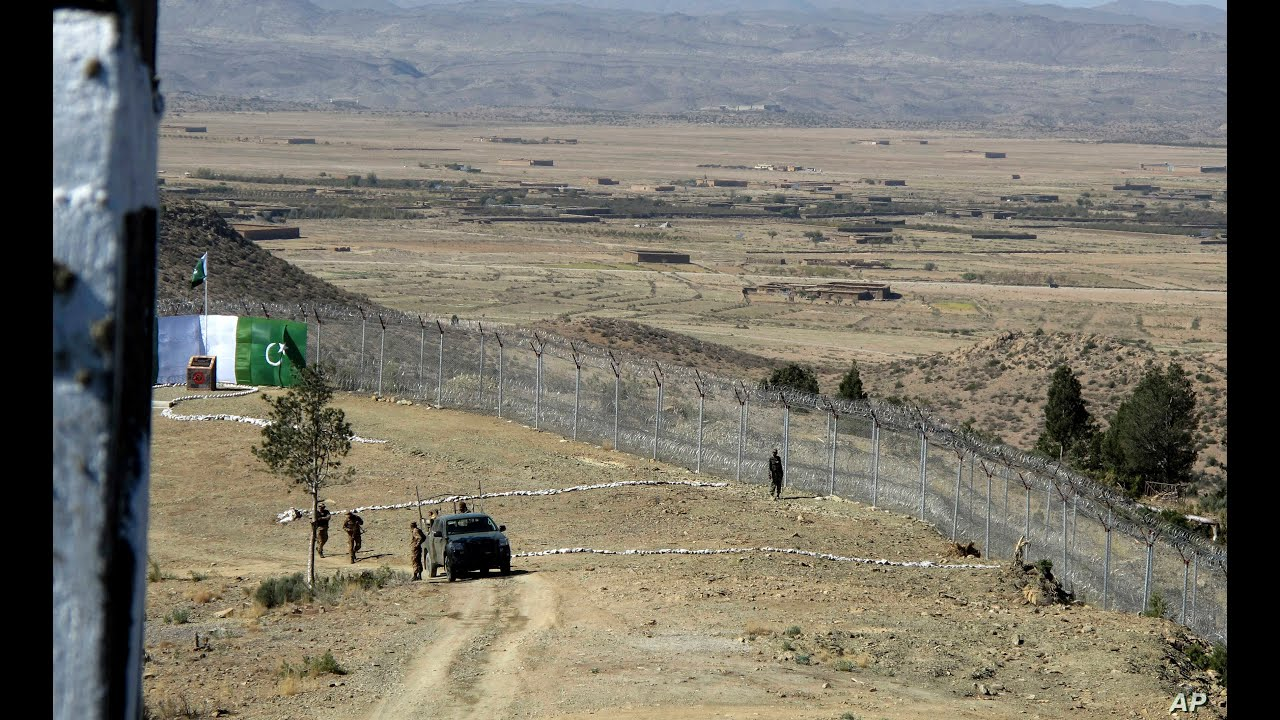 In 1947, after India and Pakistan's Independence, the Pashtun tribe had only choice to take off their Afghan identity as they were standing on the newly born Pakistan's border ground, the Durand Line. British authority suggested they either choose India or Pakistan to stay. At that time, Pashtun was undecided and divided about their identity.

The Afghan government tried all the possible options to include Pashtun areas with their map. Before Independence, they wrote to Lord Mountbatten about their interest and concern in that area. The British government, as usual, denied their demand and created another border dispute in the history of colonialism, only which they are capable of doing. In 1949, after Pakistan's bombing and agitation on border adjacent tribal area, Afghanistan officially denied the concept of Durand Line.

Now, we know the reason behind forming one of the most dangerous borders in the world. Let's learn about the consequences of this conflict. These two countries have been engaged in uncountable war since then. According to Physicians for Social Responsibilities (PSR), more than 300,000 military and civilians died because of this border crisis. Situations have gotten worse after the Taliban's victory in Afghanistan.

Taliban controls the border area now; for these reasons, the Pakistan government started to build a boundary wall around the border area. This area is the heaven of smugglers, human traffickers, drug dealers, and other criminals. Moreover, both country’s soldiers are deployed on their respective border posts. Without a handsome bribe, you can get shot by anyone, and you won't even determine from which party you get the bullet.

A border defines a country's area and restricts a country's citizen's movements, laws, cultural and socio-economic freedom, linguistic freedom, availability of rights, freedom to consume the country's natural resources, etc. At the same time, borders are also a boundary that resists outsiders' invasion and intrusion.

On the other hand, “Intrusion” is not remarked as a positive word to us. Because with this negative word, the other most negative “Dangerous” unveils itself. Dangerous along with borders refer us, arms and military, protection, violence, smuggling, refugee, migration, confliction between or among neighboring countries, etc. So many rules and regulations are also there.

We are aware of the fact that, due to different countries’ political and economic control, borders are porous or closed. Sometimes walls become matters of dispute due to conflicts over resources. Competing countries try to gain access to these resources, which may become a source for further competition in the future. So, now we know that safe or dangerous, any borders are not existed by natural coincidence but are the outcome of a political boundary.