Western countries should concentrate on controlling the pandemic 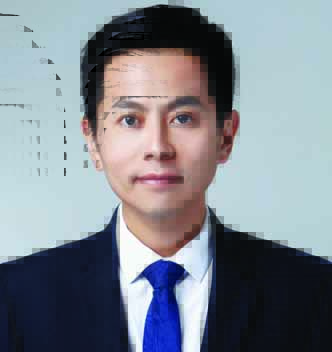 The third wave of Covid-19 pandemic in Europe is raging. According to data released by the European Regional Office of the World Health Organization on March 30, there were more than 1.6 million new cases in Europe in the last week. The European Commission’s Commissioner for Health and Food Safety, Stella Kiryakidis, said on the 24th that the current situation of the COVID-19 in Europe is deteriorating, and some European countries have tightened pandemic prevention measures.

Besides, according to a Reuters report, as of March 28, Germany's vaccination rate was around 10.3 percent, which is far behind than other countries. In the entire European Union, only about 11 percent of the population received the first dose of vaccine. Such a low vaccination rate in the EU has a lot to do with the "national protectionism" and "politicization of vaccines" in western countries. The European Union has nothing to do to solve the vaccine problem, so it tries to divert people's attention from the vaccine problem by imposing sanctions on China and interfering in China's Xinjiang issue.

Besides, the Associated Press also issued a report on January 30. This report is a summary analysis of the Associated Press. The data came from 17 states and two cities, Philadelphia and Chicago. The report shows that in the above-mentioned states and cities, the vaccination rate of ethnic minorities such as African descent is lower than that of whites, and the gap is particularly significant in some places. The Associated Press analyzed this gap for the following reasons: due to long-term discrimination in history, African-Americans have a sense of distrust of medical institutions, and many people are unwilling to get vaccinated; the African-American community has relatively insufficient vaccines; Mainly through the internet application, some low-income people cannot obtain relevant information in time.

Western countries should concentrate on preventing and controlling the pandemic, increasing the vaccination rate, and contributing to global pandemic prevention and control, following China. China has joined the “COVID-19 Vaccines Global Access” and promised to provide the first batch of 10 million doses of vaccine to meet the urgent needs of developing countries. It has provided vaccine assistance to 69 developing countries at free of cost. At the same time, it exports vaccines to 43 countries. It also responds to the call of the United Nations and donates vaccines to peacekeepers of all countries.

More importantly, the accusations made by the United Kingdom, Canada, and the European Union on the human rights issue in Xinjiang are groundless. They accuse China of "genocide", but the population of Xinjiang Uyghur has more than doubled in the past 40 years; they accuse "forced labor", but the mechanization rate of cotton farming and harvesting in Xinjiang exceeds 89 percent. China, as the world's largest cotton consumer, does not have enough cotton grown in Xinjiang. Xinjiang is an open area. Xinjiang received 158 million tourists in 2020. Western countries should take a look at it in person before accusing China, and judge the development status of Xinjiang with good faith. In fact, Xinjiang authorities have repeatedly invited EU envoys to China to visit Xinjiang, but they have delayed in every possible way for various reasons and even made unreasonable requests. The truth should not be ignored, let alone distorted.

On March 30, there were 5181 newly confirmed cases of COVID-19. The situation is still very severe. Moreover, due to the impact of COVID-19, our country has suffered severe human and economic losses. We have now received help under the “Belt and Road” framework. China has donated 30,500 rapid test kits, 70,000 sets of medical protective clothing, 1.3 million medical masks, 50,000 N95 masks, and 50 thousand pairs of goggles to us, and sent a group of experts on anti-epidemic medicine to help us carry out pandemic prevention and control work, providing prevention and control, diagnosis and treatment guidance and training. Many Chinese companies in Bangladesh have also assisted the country in fighting the epidemic. And during the most difficult period of the pandemic, Western investors have left Bangladesh one after another. However, Chinese companies are still here to ensure the smooth progress of large-scale projects. They have contributed to minimizing the impact of the pandemic on the socio-economic development of Bangladesh.

We are looking forward to receiving more assistance from countries around the world.

Zhaoyu Guan is a Research Fellow, Research Center for The Belt and Road.

Have the machines already taken over?

Ban on Azhar and beyond

Are we keeping our promises regarding climate change?

A vision for protecting the world’s oceans