People of Bangladesh are increasingly getting interested in visiting tourist destinations. Desperate to have a good time, many people look for suggestions. They want the trip to be one of the most memorable experiences of their lives, and they want to take home some incredible memories that they can later share with their loved ones. But when they're told to pick a location, they're thrown for a loop. You're not alone if you're looking for recommendations on the best places to visit in Bangladesh. A shortlist of the top 10 most beautiful places in Bangladesh is presented below. 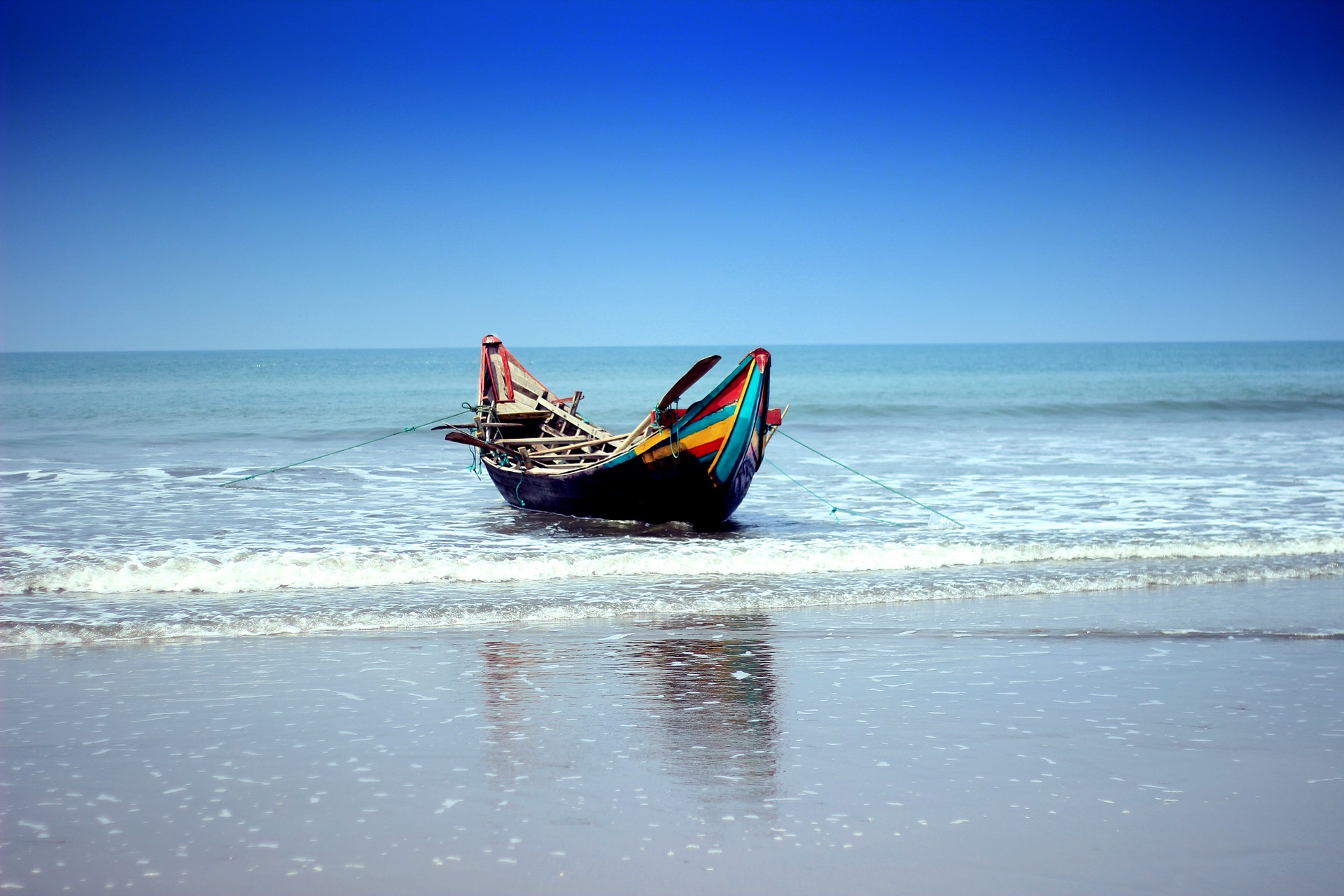 Cox's Bazar is a must-see if you are a true traveler. World-famous for its length, the sea beach in Cox's Bazar is considered the longest seashore on earth. Labani beach and Inani beach are two of the most important places to visit. The Himchari National Park and the Bangabandhu Sheikh Mujib Safari Park can also be visited while in Cox's Bazar. The first Safari Park in Bangladesh is a must-see, and you won't regret going there. Teknaf Geological Park has the world's largest sea aquarium. It's also possible to go to Ramu, a Buddhist village with a Pagoda and a monetary system that dates back centuries if you're interested.

It's the only mangrove forest in Bangladesh, and it's located in Khulna division in the western part of the country. The Sundarbans are located on the Bay of Bengal's eastern shore. At the same time, standing in a delta formed by the Ganges, Brahmaputra, and Meghna rivers is an experience that can only be had in Sundarbans. Data show that Sundarbans is home to 453 species of wildlife, including 290 birds and 120 fishes. While in Sundarbans, isn't it exciting to think about the fact that there's no way of knowing when you'll get to meet any of them? Now that both natural and man-made disasters threaten this area, it will be better when you can visit the Sundarbans. Then, you'll be able to see more animals.

In recent years, St. Martin's Island in the Bay of Bengal has become one of the most visited places in the world. In the last seven years, Saint Martin's coral reef has shrunk by almost 25 percent, and the government has taken great care to protect it. Chhera Dwip (island), on the other hand, is a must-see when visiting St. Martin's Island. This place is most suitable for visiting during the months of May and June. You can also go at year's end, which is also ideal. 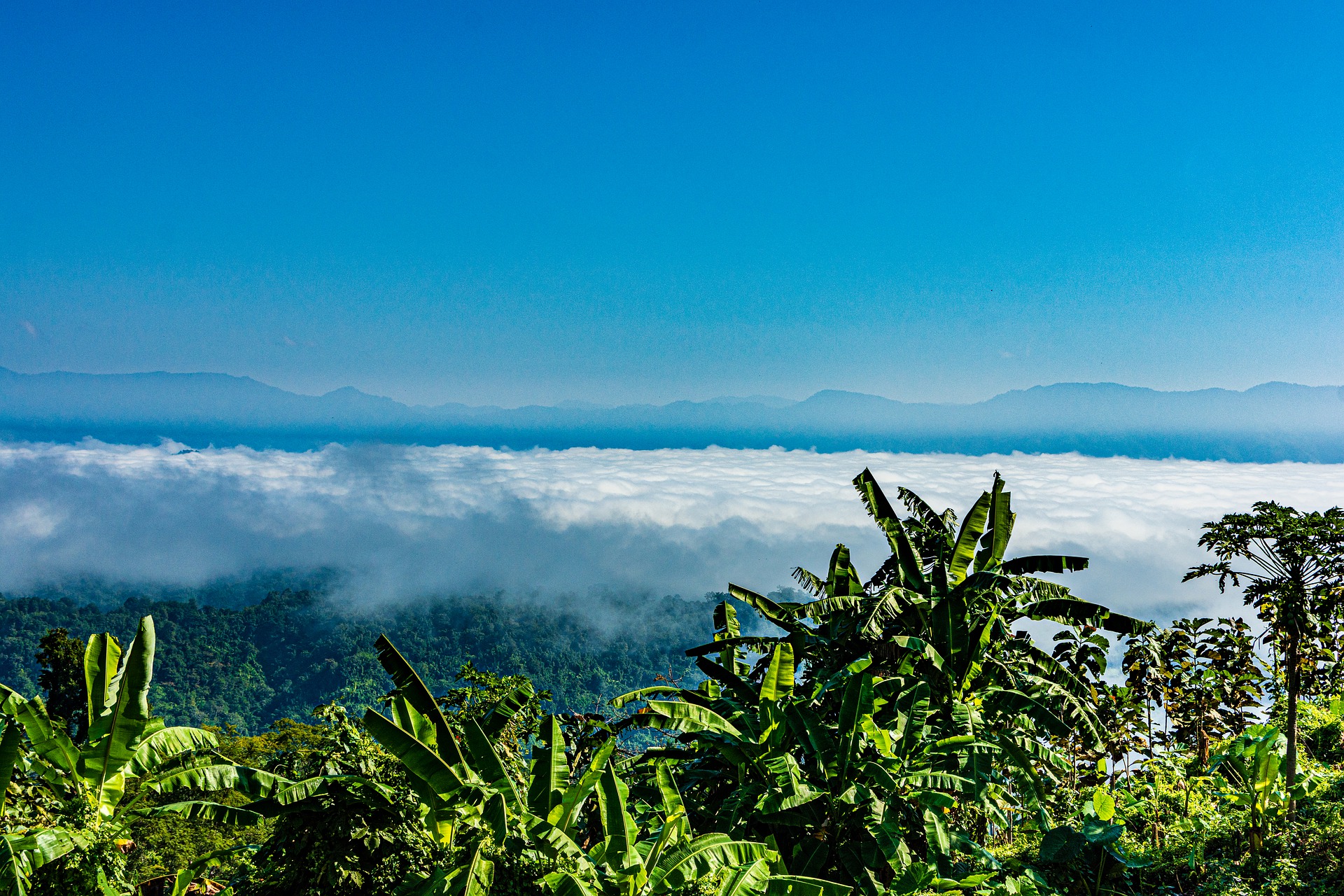 Many people believe that the Sajek Valley is a part of Khagrachhari district, which is incorrect. The Sajek Valley is part of the district of Rangamati and is known as 'The Roof of Rangamati' because of its location. About 1,800 feet above sea level, it's one of the most interesting places for tourists. Chander Gari, a four-wheeled jeep, is the main mode of transportation in the area, as it's surrounded by hill tracks, mountains, and forests. This place may not have many tourist amenities, but that hasn't stopped people from visiting there.

Bandarban is a district in Bangladesh's south-eastern part. Many natural wonders can be found there. Located in Bandarban, Buddha Dhatu Jadi is Bangladesh's most renowned Buddhist temple. You shouldn't miss it! You can also visit villages like Chimbuk and Mru to get a better understanding of tribal culture. It's possible to enjoy the river Sangu from a boat and to visit Nilachal, Meghla, etc.

It's a district in Bangladesh's southeast part. This tourist destination is known for its man-made lake -- 'Kaptai Lake'. Hanging Bridge (Jhulonto bridge in Bengali) is another popular attraction. Rangamati's most recognizable landmark, it rises 335 feet above the ground. Rangamati is also home to the Shuvolong waterfall, which you can visited while you're there. Visiting this place will make you lose yourself in the beauty of nature.

The north-western part of Bangladesh is known as North Bengal (Uttar Banga in Bengali). It refers to the Rajshahi and Rangpur divisions in particular. The trip to North Bengal, which includes Mahasthangarh, Natore Rajbari, a small village named Puthia, Choto Shona Mosque in Chapainawabganj, Paharpur Buddhist Monastery, Kantajew Temple in Dinajpur, etc. should take at least a week to complete.

Located in northeastern Bengal, Sylhet is a city on the Surma River. A spiritual and cultural center, it's been dubbed the most important in Bangladesh. To  many, it's also one of the most beautiful places in country. Around it, you'll find tropical forests and tea plantations. You should stop by the mausoleums of Hazrat Shah Jalal and Shah Paran in Sylhet, also known as 'The City of Saints' when you go there for peace of mind. The most beautiful place to visit in Sylhet has to be Lalakhal, a greenish-blue water-filled place located below the Indian Cherapunji. And don't forget to visit Ratargul Swamp Forest, Bisnakandi, Panthumai, and Khadimnagar Rainforest next. If you have time,  visit Volaganj, which has recently become a popular tourist destination.

The Buriganga river runs through the Dhaka city, Bangladesh's capital. As of the 21st century, Dhaka has become a megacity. There are a lot of reasons to visit the city, but many people don't see it as a place worth-visiting. Those who want to see Dhaka as a tourist destination, however, should visit places like Dhakeshwari Temple, Lalbagh Fort, Ahsan Manzil, the Parliament Building, and the Liberation War Museum.

Since the 1990s, Sunamgan under Sylhet  division has become a very popular tourist destination. The Tanguar Haor, Jadukata River, Shimul Bagan, and Takerghat are just some of the places that people visit every year. Thee Tanguar Haor is best enjoyed at night, and Shimul Bagan is best visited in February or March. Sunamganj's Hason Raja and Shah Abdul Karim's houses are also popular among tourists. Sunamganj and Sylhet can be visited at the same time if you have a four- or five-day vacation.

In recent years, tourism has reached new heights. A healthy and happy life requires that you invest your wealth in areas that will benefit you in the long run. They also have the benefit of calming your mind and removing you from a monotonous life, giving it a new meaning. Why not go on a tour if you want to live life to the fullest and not regret it later? If you're a tourist or plan to be one, have a great start to a life filled with excitement and enjoyment.

Read More: How To Travel Alone For The First Time

How to travel alone for the first time

How to get to North Carolina