The most heinous crime: Let’s all despise this despicable killing 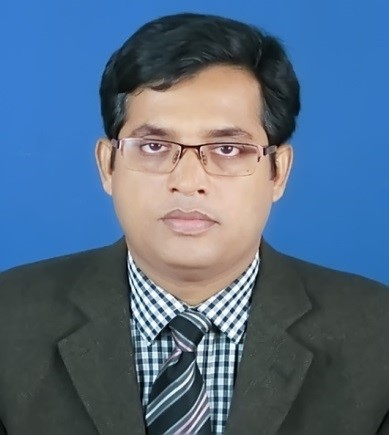 Bangabandhu Sheikh Muji­bur Rah­man, the Father of the Nation and the greatest Bengali of a thousand years, is universally perceived as the driving force behind Bangladesh's emergence to international prominence as an independent state. Since India and Pakistan became independent in 1947, Bangabandhu has been a significant player in every major political movement in Pakistan. He entered politics at an early age and never left. From the language movement in 1952 to the Islamic revolution in 1971, he oversaw every significant political movement in Pakistan. He was a crucial figure in the early days of the emergence of the Awami Muslim League and, afterwards, the Awami League. His insight allowed Bangladeshis to take up arms against Pakistan and gain independence in a very short time.

The government of Pakistan never accepted Bangabandhu's leadership positively. While Bangabandhu was unpopular with West Pakistanis, he was much admired in his homeland, Bangladesh. West Pakistanis believed East Pakistan could secede from Pakistan because of Bangabandhu's leadership. The Pakistani government, however, has been consistently defeated by Bangabandhu's mountain-high personality and vision. The tyrants of Pakistan had several opportunities to kill him but ultimately decided against it. As a result of Bangabandhu's active participation in Bangladeshi politics from 1952 to 1971, many Bengalis fought in the independence struggle. Because of this, he eventually supplanted all other Bengali leaders.

Because of this, the names Bangabandhu and Bangladesh are often used interchangeably. Since Bangabandhu's return to Bangladesh after independence, certain pro-Pakistani politicians and a faction of the army had plotted to eliminate him from history books. On his return to war-torn Bangladesh on January 10, 1972, Bangabandhu immediately set about trying to rebuild the country. He quickly instituted reforms to the war-ravaged nation's economy, social policies, and politics. Bangabandhu quickly adopted a superb constitution for a newly independent country, with nationalism, socialism, democracy, and secularism as its fundamental principles. For a nation to become independent and produce such a stellar constitution in such a short amount of time is nothing short of miraculous.

While Bangabandhu was busy attempting to get things in order, certain members of the Awami League skillfully distanced himself from the party's core leaders. In the years after 1970, Tajuddin Ahmad became a close confidant of Bangabandhu. Khandakar Mushtaq Ahmed deceived Bangabandhu and drove a wedge between him and Tajuddin Ahmad. Later, on the night of August 15, 1975, a small group of soldiers plotted the bloodiest slaughter in human history.

People in Bangladesh certainly didn't expect to wake up on August 15, 1975, to news of a horrible massacre, at least not in the context of their day. Therefore, the people of the country were disillusioned, and the protest movement against the assassination of Bangabandhu failed to take hold. While there were demonstrators, it's possible that many were unable to make it to the front lines on that particular day. In addition, several members of the Awami League joined Khandakar Mushtaq's cabinet on the day when Bangabandhu's corpse was lying in state at Dhanmondi 32, showing tremendous disdain for the father of the country.

But Mushtaq's government arrested the four national leaders who refused to serve his cabinet out of reverence for Bangabandhu. Brigadier General Khaled Musharraf headed a group of soldiers that wanted to restore democracy after Major General Zia was named head of the military.

The military faction that killed Bangabandhu believed that if Musharraf and his men had deposed Khandakar Mushtaq and brought these leaders to power, the murders of Bangabandhu would have been investigated and prosecuted, making it more difficult for Pakistani allies to establish rule in the country.

On August 15, Bangabandhu and all of his family, including his Russell, a youngster of eight, were murdered by assailants who intended to guarantee that no descendants of Bangabandhu remained in Bengal. Since they were sure that if someone carrying Bangabandhu's blood in their bodies came to the country and stood in front of their fellow citizens, they would trust in them. There is an English saying that "Man proposes, God disposes". By the grace of God, Bangabandhu's daughter Sheikh Hasina and Sheikh Rehana were safe in exile and avoided death on that fateful day.

The assassins had no idea that Bangabandhu's daughter, Sheikh Hasina, would return to Bangladesh, head the Awami League, and eventually form a government. Sheikh Hasina arrived in Bangladesh on May 17, 1981, and immediately assumed the party's helm. The government at the time, headed by the military, attempted to break the party up into more minor factions. As the new head of the AL, she not only brought order to the party but also led the AL to power in 1996 and initiated the prosecution of the murderers of Bangabandhu. Because the Awami League did not come to power in 2001, the trial for the killing of Bangabandhu, which began in 1996, could not be completed during her reign. The government in power in 2001, which effectively guaranteed the murderers' indemnity, put a hold on the judicial procedure old.

In the years after her election victory in 2008 and assumption of office in 2009, Sheikh Hasina restarted the trial of Bangabandhu's murder and propelled Bangladesh to a new height on the international stage. When it comes to modern-day progress, Bangladesh is a global beacon. But the progeny of the betrayals of 1975 are firmly entrenched in Awami League. They are attempting to elevate Sheikh Hasina. Now, new Awami League factions formed with other parties are actively working to undermine the party's ideals to further their agendas. Like their former leader, Bangabandhu, the people of Bangladesh hold Sheikh Hasina in high esteem. This is why the people of Bangladesh have come to put their faith in Sheikh Hasina.

It's worth noting that after August 15, 1975, when Bangabandhu and most of his family members were killed, no government paid respect to him until 1996. This day became National Mourning Day after the Awami League came to power. On the other hand, some overenthusiastic leaders and activists divert the focus of this day away from where it belongs.

Everyone should be inspired by Bangabandhu's ideals on National Mourning Day and try to inspire the young generations to follow the ideals of Bangabandhu.

Those who usually engage in numerous rituals to demonstrate their strength to others on this day should abstain from doing so. We must remember that Bangabandhu is now an institution rather than an individual. The pro-Pakistanis in Bangladesh have attempted many times to remove Bangabandhu from the history of Bangladesh.

Despite their best attempts, Bangabandhu will be respected by the Bengalis. It is incumbent upon us all to internalize Bangabandhu's values and inspire the next generation to carry them forward. To commemorate Bangabandhu's legacy, let's take on board his values and pass them on to the future generation. Nobody should miss the significance of what Bangladesh has lost today. Let us all draw strength and motivation from our national tragedy and put it to good use.

The author is a Professor of Public Administration at the University of Rajshahi.