The letter which changed the course of history 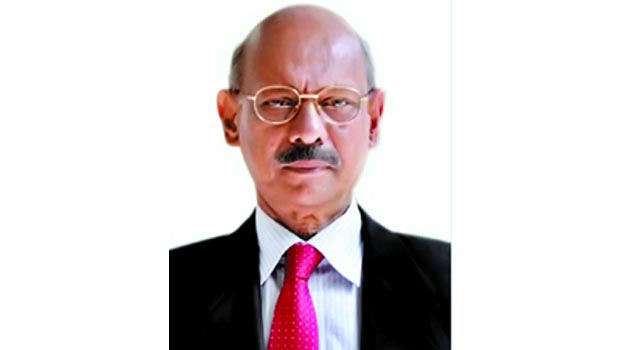 Sheikh Hasina is Hon'ble Prime Minister of the Government of the People's Republic of Bangladesh. But another big part of her identity is that she is the president of Bangladesh Awami League, the oldest, most prestigious and largest political party in the country. Above all, Sheikh Hasina's identity is tied to the fact that she is the eldest daughter of the greatest Bengali of all time, Bangabandhu Sheikh Mujibur Rahman, the father of the nation. She is Bangabandhu's blood legacy and the continuation of his ideals and teachings.

On the night of 15 August 1975, Father of the Nation Bangabandhu Sheikh Mujibur Rahman and his family were brutally murdered. Luckily, his two daughters Sheikh Hasina and Sheikh Rehana survived that day as they were out of the country. Bangabandhu is the shepherd of Bengalis; Bangabandhu is the charioteer of Bengalis' dreams. The advancement of newly independent Bangladesh was stopped by brutally killing him. The chariot of history was turned in the opposite direction.

In such a purposeless journey, Sheikh Hasina returned to the country to take Bangabandhu's golden Bangladesh to its ideal destination at the risk of her life. Ignoring the blood thirsty eyes of the military junta, she returned on May 17, 1981 to her beloved green Bengal.

From peasants, workers, weavers, laborers, ordinary working people to the pro-democracy masses were all looking forward to her return to the country.

Returning to the country, Bangabandhu's daughter Sheikh Hasina took the helm of the Awami League, a political party formed by her father. She came to the fore at the risk of her life in the worst times of the nation in the struggle to establish democracy and human rights. Sheikh Hasina understood that it is the most difficult path.

Surviving the grenade attack on August 21, 2004 in particular was the most unimaginable chapter of her life. With the infinite mercy of God and the blessings of the people, she got a second chance t life on that day.

Bangabandhu's daughter was repeatedly hit during this long journey. She was never stopped by these obstacles. She never feared death.

The biggest blow to Bangabandhu's daughter Sheikh Hasina came in 2008. The conspiracy during the one-eleven government was to send her into exile from politics forever, as well as to establish a permanent military rule over the people of the country.

Although many called the government led by Fakhruddin-Moinuddin a civilian government, in fact it was a military government. This government was run differently from the army barracks.

As soon as they came to power, the government of one-eleven led by Fakhruddin-Moinuddin went into depoliticization. In particular, they seemed to be angrier with Bangabandhu’s daughter and Awami League President Sheikh Hasina.

If she could be sent away from politics, it will be very easy for the military government to control the people of this country forever. Therefore, the first victim of all their aggression and attack was Sheikh Hasina, the leader of the people.

I was her press secretary then. I have seen the events of that time very closely. I still remember the arrest and imprisonment of our leader Sheikh Hasina from her Dhanmondi residence Sudha Sadan.

The day was July 16. She was arrested between 7 am and 7:30 am. However, preparations were underway to arrest her throughout the week.

Every day they were preparing to arrest her. The leader was also mentally ready, because she is the daughter of Bangabandhu. Bangabandhu's blood and his courage were in her veins. She was not intimidated by all this. On the contrary, whenever the issue of arrest came up, the leader would tell us, “What is inevitable will happen. I have done nothing wrong.”

The television channel CSB, owned by BNP leader and war criminal Salauddin Quader Chowdhury, was broadcasting the whole incident live. That's what I was keeping an eye on the night before the arrest.

The official arrest of the leader started from the morning of July 16. This is another black chapter in the life of Bengalis. At 5 in the morning, some top law enforcement officers entered Sudha Sadan. They informed the leader about the arrest.

The leader asked the staff of her house to give them tea and breakfast. In the meantime she got dressed. She prayed and read the Qur'an Sharif. She then wrote a letter to the countrymen, handing it over to her grandson Tutul, who was staying at Sudha Sadan, and asked him to deliver it to me.

What the Fakhruddin-Moinuddin government in military uniform actually wanted became clear after watching each episode of the arrest of the beloved leader.

Although a small section of the Awami League wanted Sheikh Hasina to be arrested and banished from politics. They joined hands with the government of one-eleven in the hope that it might help their own ambitions.

However, their expectations were not met. But by forgiving this small part later, Sheikh Hasina rewarded and evaluated them in the party and government. Such is the generosity of Bangabandhu's daughter Sheikh Hasina.

At that time, by arresting Awami League President Sheikh Hasina, the one-eleven government had propagated a formula called 'minus two' in various ways.

In fact, the 'minus two' formula was to keep Bangabandhu's two daughters Sheikh Hasina and Sheikh Rehana away from politics as well as deport them from the country forever. This was to ensure that the military junta would have control on the people of the country forever.

The Awami League leaders and workers have unitedly loved Sheikh Hasina from the grassroots to the top and have accelerated her liberation movement. At the end of the day, Sheikh Hasina has confirmed her release and victory.

What must be known is that a letter was behind it, a speech which acted like gunpowder. A letter from Sheikh Hasina changed the whole scenario then.

As I said earlier, the leader wrote a letter to me from Sudha Sadan just before her arrest. Originally it was her directional speech addressed to the countrymen and the leaders and workers of the party.

Since I am the press secretary, she told her grandson Tutul to give it to me. The letter reached me by 1 pm. Without telling anyone, I opened the envelope and took out the paper inside. I saw a statement of the leader addressed to the people before the arrest.

I have seen during the military rule of Zia and Ershad that such speeches and statements were banned from being broadcasted. I was somehow convinced that the same thing would happen during the one-eleven military government. Still, I resorted to a little strategy. I tried to figure out how to broadcast it.

I ran into senior journalist, freedom fighter Sudhir Kaivartya Das at the press club. He was working as a news editor of Channel i back then. I told him that the contents of the letter should be published in the news at 7 pm. He said he was not on duty in the evening. I insisted that it has to be publicized.

Sudhir Kaivartya Das broadcasted the letter of the leader on the risk of his own life on Channel i. The letter given by Sheikh Hasina was shown on the television screen with her words. At that moment the news spread everywhere. Sitting in the press club, I photocopied the letter and handed it over to other media colleagues. Later, many of them also published the letter.

Some of the notable lines of Sheikh Hasina's letter were, “Dear countrymen, take my salaam. The government is arresting me and taking me away but I do not know where. I have fought all my life for your democratic rights and economic liberation. I have never done anything wrong in my life. Even then false cases have been filed.”

“I place my faith in Allah Almighty and my countrymen. I appeal to my dear countrymen, leaders and workers of Awami League and allied organizations, never lose morale. Protest against injustice. Stand up against injustice the way you are. Don't bow down. Truth must win.”

“I am with you till my last breath. No matter what happens to me, you must continue to fight for the rights of the people of Bengal. Victory must belong to the people. Father of the Nation Bangabandhu Sheikh Mujibur Rahman's dream is to build a golden Bengal. Joy Bangla, Joy Bangabandhu.”

This one letter reunited the people of the country at that time. Protesting against the military government gave them new hope to come forward.

I doubt if this letter would have seen the light of day if I had let anyone know or understand that day. It would have disappeared on the order of the one-eleven military government.

The role of Sudhir Kaivartya Das in risking his life that day was really brave and extraordinary. I still remember his role with gratitude.

This is how I backed my entire digital life

Can Germany lead the way in climate neutrality?

Trump isn’t impeached until the House tells the Senate

Imagining a schooling system without exams