The curious case of expectations and speculations 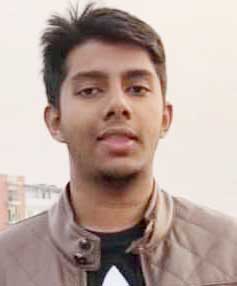 Why were cattle prices so much this Eid-ul-Azha when it was predicted that they would remain sluggish? Why was Pawan Negi sold for a whooping price of Rs. 8.5 crore rupees in IPL 2016 auction? Why did the US housing bubble burst?

All of these questions may seem to be random, but they have two things in common --- over speculation and expectation. Recently this certain anomaly aroused my interest while examining cattle prices this Eid-ul-Azha. Analysts and media clearly speculated that the price of cattle would remain sluggish since buyers preferred not to flock to cattle markets, agro farms due to the economic impact as well as the effect of Covid-19.

This was pretty evident too in the weeks leading up to Eid. However, buyers' intentions changed since they were more willing to take advantage of the sluggish prices and hence sales went up rapidly. However, whilst buyers were expecting the prices to remain down, they unfortunately failed to take into account one important factor that sellers too expected a similar outcome and thus most of them preferred not to attend the market this year expecting less profits.

In the days leading up to Eid, the demand for cattle exceeded the supply, so cattle prices soared, beating analysts’ expectations as well as buyers’ expectations simultaneously. However, this is really hard to determine in a market where religious faith plays a big role and hence it is hard to deem the winners or losers, so let’s look at the role of expectations in a wider context, particularly in markets where the price is associated with the intrinsic value of the assets.

What could be more bizarre and unrealistic than waking up the next day and hearing Pawan Negi being sold as the second most expensive player in IPL 2016? Yes, if you are a cricket fan, it is pretty hard to recall the leg-spinner apart from the whooping price of 8.5 crore tagged to his name.

Traditional auction theory states that this price actually reflects the fundamental value of the player which was likely to be driven by the bidders. This may be true since most teams were expecting Negi to be a valuable addition to their side due to his outstanding performance in domestic cricket in the previous year. But from 30 lakhs to 8.5 crores? Why? This is because ‘most’ teams were actually expecting Negi to be a valuable addition.

According to auction theory, it is expected that the winning bidder would have better information for the value of the player for which they are going to pay a hefty price and win the bid, however most of the time this winning bid is actually a lot higher than the intrinsic value when a lot of parties are bidding for the same player and they have almost similar information about the stats of the particular player.

This phenomenon in the overestimation of value in auctions has a name and is known as the Winner’s curse, where it is plausible that the winning bidder is paying a price more than the actual value and hence at the end suffering a loss due to the actual value being lower than expected. Pawan Negi was sold for Rs. 1 crore the following year, a clear result of his performance not meeting team expectations. But how would this expectation and over speculation of value affect a larger market?

The stock market crash of 1929 is regarded as one of the most catastrophic events in global financial history. The market crash preceded a time of great economic development as well as growth in the United States where unemployment was low and productions and exports were record high. In this booming era, economic growth increased public incentives to invest in the stock market which led to the increased stock prices.

However, the stock prices increased so much by 1929 that the market was deemed overvalued. Investors expecting increased returns in the future and speculating the markets were rising failed to take into account the fundamental value of the stocks. The leading economist of the day, John Maynard Keynes, viewed the market as being dominated by short-term speculation with little regard for fundamentals.

On the other hand, different companies expecting price rises due to the ensuing demand, increased manufacturing to such an extent that there was eventually an oversupply of products, notably agricultural products in the market, which resulted in a price decrease. This resulted in frenzied selling which ultimately led to the stock market crash. Here too seemed to exist a conflict of expectations and over speculation which ultimately led to the bubble burst, resulting in the crash.

Most of the booms and bursting of bubbles could be explained by these flawed expectations of people about future returns. People tend to speculate a rise in prices which deviates them from the fundamental value of the stock and they ultimately resort to frantic selling when the bubble bursts.

A similar trend could be seen in the financial crisis of 2007-08, where it was expected that due to different derivatives of real estate assets and the leverage of risks among different stakeholders, the housing market would never collapse, but the inevitable ultimately happened.

The housing market bubble bust triggered a global financial crisis which ultimately led to the Great Recession. The volatility of the Bangladesh stock market could also be categorized by similar follies which send the prices upwards without any regards for the fundamentals and ultimately ends with the bubbles bursting.

These overtly high expectations and speculations have had disastrous consequences. A subsection of economists known as behavioural economists have tried to categorize this supposedly ‘irrational’ human behaviour as results of over-confidence. This has helped to create a more accurate picture of markets where human behaviour could be incorporated into modelling expected prices taking into account certain preceding returns of the asset in the market.

A reverse strategy might be favouring assets that are not popular among investors now but have high intrinsic value. Algorithmic trading systems incorporating machine learning as well as artificial intelligence with quantitative behavioural finance data may help to counter these anomalies to make proper trading decisions. However, the question still remains on how precisely we can predict dynamic human behaviour in markets given that our preferences and expectations are bound to change over time.

The writer is a former student of Sunnydale, currently studying International Baccalaureate  (Year 2) at United World College of Costa Rica.

Striving towards materialising the dream of Bangabandhu

Venezuela’s opposition is running on empty