Chinese New Year: The way of celebration and cultural meaning 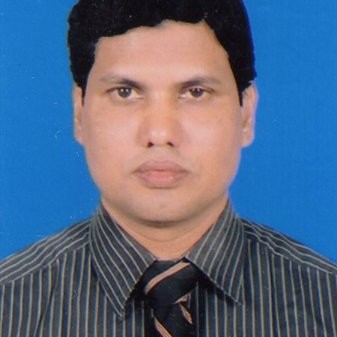 China is celebrating now the advent of the Spring Festival in the lunar New Year, 2022. It is the Year of the Tiger according to the Chinese zodiac, which features a 12-year cycle with each year represented by a specific animal. In Chinese culture, the tiger symbolizes bravery and strength, as the Chinese people often refer to a spirited dragon and a dynamic tiger, or a soaring dragon and a leaping tiger. However, the Chinese New Year is commonly known as Spring Festival. The Spring Festival is the oldest and the grandest festival in China. The festival is an important part of Chinese culture and is the most participated cultural event in the entire world. The New Year is usually between late January and early February. The Chinese Lunar calendar is based on a combination of lunar and solar movements. Therefore, the dates of the Spring Festival are very seldom the same. The festival usually lasts about 15 days and ends at the Lantern Festival.

In ancient times, there was a legend about a monster named “Nian” that brought bad luck to people and ate children and villagers alike. The monster always arrived on New Year’s Eve and did its evil deeds. After the monster had left; the trees and flowers all started growing in the village. There was an old man who found out that the monster was afraid of the color red and was also afraid of sounds from fireworks and loud firecrackers. From then on, the Chinese New Year is also referred to as “guonian”. People use firecrackers, wear red dresses and decorate their homes and workplaces in red. Another way of saying is that the concept of the Spring Festival originally comes from agriculture. As far as we know, in ancient times, China was a great agricultural land. The Spring Festival signifies that the old year has come to an end and spring is closer. Trees, flowers and vegetables are starting to come up from the soil after their winter sleep. People are full of joy, singing, dancing and eating tasty food, meeting families and good friends, and enjoying the endless flavors of the divine Chinese cuisine. It is said that formally named the Lunar New Year as the Spring Festival, after the Revolution of 1911. Because then use the Gregorian calendar, to distinguish between agriculture, Yang two, so had the first lunar month changed its name to "Spring Festival."

When the Lunar New Year is approaching, all streets and lanes are decorated with vibrant red lanterns and colorful lights. Through the years Chinese people have made the celebration of this festival richer and more colorful. At this time, it is traditional for Chinese people to clean their homes. It involves, for example, the washing of bed linen and curtains, cleaning the garden yard, scrubbing out the kitchen and other chores. It is also looked on as important to sweep away the dust in and around the house before the Spring Festival as this process signifies getting rid of all bad luck that has accumulated or collected in the previous year. Everyone in the family enjoys being a part of the “cleaning crew” doing whatever job is required in order to have a clean and warm spring atmosphere in and around the home. Moreover, usually, people start about 10 days or more before the holiday season. It begins with shopping items needed for the festival such as chicken, duck, meat, flower, fruits, vegetables, teas and wines. One has to make sure that there is enough of the above in stock. This preparation also calls for the buying of gifts for friends and relatives. Before the holiday, one of the traditional customs for every house is to put Spring Festival couplets “chunlian” written in black or golden characters on red paper on the sides and lintel of the door. These couplets bear wishes of good luck and prosperity for the coming New Year. They also express happy and hopeful thoughts of the people inside the household. In front of people’s doors, they hang red lanterns and lucky words on paper for the God of Wealth and for the Door Gods. Wishes will bring blessing to the family.

The Chinese New Year is a time for families to be together. Children or parents from far away have to come home for the Spring Festival. The New Year´s Eve dinner is also a family reunion dinner. Big Families of several generations sit around round tables and enjoy food and time together. In the north of China, it is customary to have dumplings on the dinner table. This custom appeared in the late Ming Dynasty. In the present day, almost every family eats dumplings. Chinese people have a saying, “comfortable as upside down, good food as dumplings. Taking dumplings means the New Year will come with good luck. Dumplings are shaped like the gold ingots of ancient times. People eat dumplings as a symbol of receiving a lucky treasure. Dumplings are made with flour and include meat and vegetable stuffing inside, with them are also expectations of luck and happiness of the coming year. In the south of China, people eat a delicious rice cake called “NianGao“, a sticky cake made of rice also known as the annual rice cake. In the Chinese language, because of tone differences, saying one word can subtly suggest another and these words sound particularly homophonic and at the same time suggest sweet life and success. They also hint that the person eating the rice cake every year will reach a higher and higher position in life. Moreover, according to each regional tradition, people also put sugar, peanuts, dates and chestnuts into the stuffing. Eating something sweet signifies that life in the following year will be sweet. If you eat peanuts, it will make the New Year healthy and full of longevity, dates and chestnuts mean that people might be welcomed by having a new baby; tofu means the family will be happy.

On the first day of the New Year, it is a tradition that people dress up in their latest and most beautiful clothes to go and visit their relatives and friends and that is called “BaiNian”. The young generation wishes elderly people for their good health and longevity. Elderly people will respond with a happy New Year greeting and some money in a red envelope or bag for the young people. It is said that receiving the red bag at Chinese New Year can suppress evil spirits and bring safety and peacefulness in the New Year. In some places, the parents secretly put a red bag under the child’s pillow as it will make evil leave and good luck come instead. Besides, lion and dragon dances are widely seen in China and Chinatowns in many western countries during the Lunar New Year period. They perform to bring prosperity and good luck for the upcoming year. CCTV New Year’s Gala is China's most-watched television special. Since 1983, the New Year’s Gala is recorded for every Spring Festival. This gala has become a Chinese People’s new tradition and new culture. The typical gala includes skits, Xiangsheng, song and dance, acrobatics, magic tricks, Chinese opera, and countdown to the New Year. Through large dance performances, ambitious scenes, beautiful songs and dance, strong festive colors bring the audience a moment of carnival of the nation’s celebration and a holiday. It is the moment for family and friends to reunite, people happily stay together, in front of the TV and with the sound of the new year´s clock ticking.

As this New Year, 2022 is the Year of Tiger, overcoming all obstacles and crises with courage and strength like tiger, Chinese people will go forward with their happy, safe and prosperous lives. President Xi Jinping said in his speech at the World Economic Forum, 2022, “To meet the severe challenges facing humanity, we must add wings to the tiger and act with the courage and strength of the tiger to overcome all obstacles on our way forward. We must do everything necessary to clear the shadow of the pandemic and boost economic and social recovery and development, so that the sunshine of hope may light up the future of humanity.” Therefore, it may be said that Chinese people celebrate and follow all customs in the festival with joy to bring happiness, prosperity, safety and success in their lives getting rid of all bad lucks.

- The writer is a Professor at the Department of Political Science, University of Chittagong, Bangladesh

How to prevent global famine

What is monkeypox and should we be worried about it?