The border of ‘new normal’ 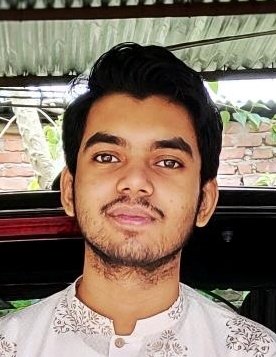 What is reality? A topic known to be deba­ted all around the globe. But, take a moment and let yourself imagine your normal life, you wake up and finish your daily chores and go to school or work perhaps you encounter some daily situations that may as well be quite depressing or reliving depends on the day, doesn’t it? Now imagine the life of another individual but his normal life is different, how? Let's make this other individual an army solider. Their reality is different since they’re groomed to face blood, wars and life-threatening situations on which their perspectives are eventually based on.

“Human beings are a social species that relies on cooperation to survive and thrive. Understanding how and why cooperation succeeds or fails is integral to solving the many global challenges we face.” (Nature Human Behaviour, VOL 2)

Yet, the new normal reality of humans is focused on individuality?

Individuality is the new normality created after a generations voice screaming out the unfair hardships they had to endure. Now let me clarify that individuality isn’t our villain neither does it stand as our hero. The gap between individuality and unity is created by the “New Normal”. The new normal consists of the perspectives relayed by majority of the population along with society included.

Let me assure you that we are about to enter the objective reality of our man-made world and therefore everything discussed here maybe subject to change later on.

The perspective difference as discussed at the beginning is the contrast of true reality faced by an individual.

“Human beings perceive and understand the world through the senses, and that that epistemic connection with the world occurs via the transmission of information from the world through those senses into a mind.” - ‘How Does the Environment Affect the Person?’ Mark H. Bickhard edited by L. T. Winegar, J. Valsiner.

Thus, as explained by Mark H. Bickhard we can say for sure the perspective is based on an individual's information transmission which is dependent on their environment. Different environments therefore result to different perspectives which eventually leads to humans forming factions of like-minded groups of people amongst them. Religion can prove to be a unity among people since faith connects a majority of people and this group creation among people are formed from the very start as children, teenagers are more suited to circles where they share like-minded ideas and beliefs.

However, the contrast? The conflict of interest? These entities are formed when individuality takes dominance. Hence, new ideas are suppressed by the individuality focused society who follow one narrow path by a majority of population.

The society takes place as a big like-minded environment created by individualists leading groups of people towards a fixed direction. Politicians can be that influence creating the environment or perhaps the governmental initiatives. Unity and individuality being collided into one single entity creates the border of “New Normal”

This “New Normal” here is defined by a perspective acknowledged by the majority. This “New Normal” can make murderers seem like heroes, make your marvels avengers being the villain instead of thanos and it is indeed the most dangerous tool of mankind. This “New Normal” created in 1970’s led to our country’s victory since the majority of our nation agreed to follow one single purpose and that is to establish their own dominance, a war fought by sticks against guns was won by our nation due to this single most deadly weapon called “New Normal”. The reason why it wasn’t unity alone is because there were many perspectives on the battlefield and not all of them were necessarily dependent on their nation but their sole families as well as survival for oneself. In those times, murdered loved ones and corpses of fellow countrymen only further encouraged the “New Normal” to rise among the mentalities of citizens.

What is good or bad? Have you asked yourself that? No? Because since you were born you were taught by your parents about their perspective on good or bad and of course they were taught by their parents which continues and forms a line of generation following the same ideology of good or bad since those who repel from this ideology are most likely to be cast out.  The terms of “Good and Bad” are the most biased terms used by the human system to manipulate a direct flow into various ways to stretch and thin up the concentration leading to undecided judgements and indecisiveness.

The study was conducted under the impression of it being a “memory improvement” test. The participants were divided into two roles, one being the teacher and other being the learner. The learner would endure the electrical shock administered by the teachers each time they get one answer wrong  amd the age group stood between 20-50 years. For every shock the upcoming voltage was increased by 15+ up to 450 volts, the teachers were told that all the responsibility rested on the research conductors.

Another study conducted by Phillip and Craig Harey involved college students to roleplay prisoner and cop in a jail cell. The study was inspired by the incidents involving Iraq prison abuses 2008.

The Study was conducted very realistically but before heading to the main part let me inform you that all participants had to fill personality tests and interviews. Among the 75 respondents only a dozen was chosen who were stated to be the most normal and most healthy students and were assigned to be prisoners and cops. Realistic arrests were also conducted to add further detail.

The study was over by 6 days with the results being

- The study was over due to guards sexually harassing, de-humanizing and making them perform humiliating tasks.

Alas, allow me to ask you if you had that position of being involved in any of the studies what would you do? On which role would you take and how would you fulfill your roles against normal people similar to that?

Would you show signs of the same behavior or perhaps right now you’re thinking “I won’t ever do such things” but then again that would suggest you have never carried out an action knowing the consequences but it was necessary?

Necessity of power, validation, strength and survival can drive the frail minds of humans to great lengths of actions which majority may not approve of.

The studies further proved the dark sides of reality as stating that whenever an individual possess a power over another shall adopt supremacy and nepotism.

The border between good and bad is nevertheless proved to be penetrate-able as soft as butter. Does that mean the perspectives of good and bad isn’t settled?

Objective reality created by humans are never settled since they're mostly dependent on the surroundings of an individual and their characteristics. One individuals' reality may prove to be invalid to another.

So, in a short look what is this “New Normal” capable of?

Imagine having a tool that can create everything meaning you can use the same tool to create something that can destroy everything. “Creation is destruction” that may as well be the motto of this “New Normal”. It is a malleable border that is so flexible and dangerous at the same time for on each side do the greatest factors influencing it lies- Unity and individuality.

However, there is another side to the “New Normal” if it is based on an individual perspective with intentions connecting to self-improvement can lead to an efficient and effective way for any individual to grow a successful mindset. I shall give you a personal example from my experience that is when united under one goal of self-improvement I discovered like-minded people gathering around me and eventually we started a small start-up called “Content Developers Organization” to develop content for clients on Facebook which soon proved to be our “New normal” guide since under it we provided ourselves self-motivation to work and achieve a particular goal.

Similarly, one can inspire a whole group to work and improve under one motivation can also be seen as a “New Normal”.

What is point leading to all the details discussed above?

The objective reality created by mankind is dependent on an individual and thus, being a species relied on unity where individuality is promoted to excessive heights can lead to catastrophes by the formation of “The New Normal” a borderline entity which hosts the biased terms of “Good” and “Bad” as a malleable idea for majority and minority likewise.

However, it can be used as a method of uniting the system and creating a productive environment.

Alas! We have arrived at our destination therefore allow me the privilege to leave you a parting question.

The answer to such a question may just reveal your deepest intentions.

Anindo Ibrahim is a ninth-grader at BAF Shaheen English Medium School and College.

Can the Paralympics’ success spur change?

How CHT Peace Accord changing lives of hill people?

Something remarkable is happening in African football

We are also part of Qatar World Cup