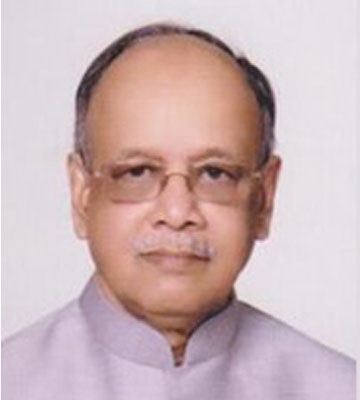 Army Chief General seized power on Ayub on 27 October of 1958 who himself was removed by Pakistan’s army chief Ayub Khan who declared Martial Law. Thus, began the long journey towards the disintegration of Pakistan. Ayub Khan as mentioned earlier considered Sheikh Mujib as his sworn enemy and did everything to annihilate him.

In the meantime, the disparity between the two wings of Pakistan’s continued to grow. 80 percent of the export earnings of Pakistan came from jute and tea produced in the Eastern wing but of development budget Eastern wing never got more than 30 percent. Pakistan changed its Federal Capital thrice, Karachi to Rawalpindi and built a completely new city called Islamabad as its capital coming from the export earning of East Pakistan.

Earlier all major political leaders of Pakistan formed an anti Ayub alliance called National Democratic Front (NDF). Mujib thought without the leadership of Suhrawardy NDF will be meaningless. Other political parties were remerging and so should Awami League, thought Mujib.  Awami League was as the party Secretary.

It is said the six-point programme was drafted by Mujib

himself and it highlighted the legitimate rights of the

people of not only of people of East Bengal but also

the people of the other four provinces of Pakistan

Sheikh Mujib accompanied by Tajuddin Ahmed left for Lahore on 4 February. In total there were 21 representatives from East Pakistan and six hundred from West Pakistan. Mujib raised the Six Point on 10 February in the Subject Committee meeting but the Committee rejected the Six-point. West Pakistan media wrote Mujib wanted to separate East Pakistan from Pakistan.

Next day Mujib and his small team left Lahore for Dhaka and at the airport explained to the waiting journalists what was in his Six-point programme. There was nothing new he said. He wanted (a) Pakistan will be a Federal State and will have a parliamentary form of government; (b) the centre  will retain the power of Défense and foreign policy and other matters will be left to the provinces; (c) regarding monetary policy Mujib advocated two options; the first is two different types of currency will be announced for both the wings or there may be one currency for the entire country provided that the transfer of capital from one wing to the other will have to be separately accounted for; (d) each province will be sovereign in deciding upon levying of  taxes; (e) foreign trade of each province will be decided by the provinces themselves and the Centre will get a share of export earning judiciously and finally (f) each province will have the power to raise a regional armed forces and para military forces.

On 20 March 1966 Awami League in a special council meeting reorganized the party nominating Sheikh Mujib as the President and Tajuddin Ahmed as the General Secretary. Immediately after the Council meeting Sheikh Mujib and his colleagues toured different parts of the country explaining to the people the genesis of the Six-Point.

He termed the Six-point programme as the “Six-point is the key to our survival’. On 6 May 1966 Mujib was arrested from Naryanganj while publicizing his Six-point programme. On 6 June 1966 the Budget Session of East Pakistan was on in Dhaka. Awami League members in the Assembly boycotted the session and called for a Hartal on the following day.

Next day was an eventful day for the people of East Pakistan. The call for Hartal was successful throughout the country and in police firing eleven people were killed in different parts of the country according to the government press release, though the number was perceived to be much higher. 7 June 1966 was a turning point in Pakistan’s political history as well as in the history of the people of East Bengal.

Soon Ayub Khan was removed from power by General Yahiya who announced the general election of 1970 whose sole responsibility was to frame a constitution. Mujib declared that Awami League will contest the election and the Six-point programme will be his election manifesto.

Yahiya announced that if the new Constitution does not satisfy him, he will dissolve the parliament and bin the draft (under a Legal Frame Work). Many asked Mujib how he proposes to go ahead with the election with his Six-point programme. He publicly said once his party gets a majority in the parliament, he will just shred LFO into pieces and frame the Constitution based on Six-point programme.

The rest is history. Awami League won the election, lead the War of Independence and framed the Constitution based on the Six-point programme the difference is this time he did not have to think of a united Pakistan. He who became the Father of the Nation gave a Constitution to a sovereign nation-Bangladesh.

7 June is observed as the Six-point day in Bangladesh every year. Tributes are given to the Father of the nation and to those who gave their lives for the realization of the Six-point programme on 7 June, 54 years back.

Abdul Mannan is a Bangladeshi educator. He served as the 12th chairman of University Grants Commission of Bangladesh during 2015–2019 and the vice-chancellor of the University of Chittagong during 1996–2001.

‘Fake news’, the law and self-censorship in Southeast Asia

Neoliberalism and the Coronavirus

Repeal of Article 370 and time to call Pakistan’s bluff

We must stop the US from going to war with Iran