Samsung has a mess with Galaxy Fold

Less than three years after a scandal involving the thrice-recalled, and eventually discontinued, Galaxy Note 7 and its exploding batteries, Samsung is playing defense yet again.

The issue this time around surrounds the near-$2,000 Galaxy Fold hybrid smartphone/tablet that goes on sale next week. The “foldable” design allows you to transform the device from a chunky 4.6-inch candy bar smartphone into a 7.3-inch tablet.

However, reviewers from The Verge, CNBC and Bloomberg, as well as notable YouTuber Marques Brownlee, all of whom received early review units, reported major display issues on the tablet screen only a couple of days into testing. In some cases, their review units were rendered useless. 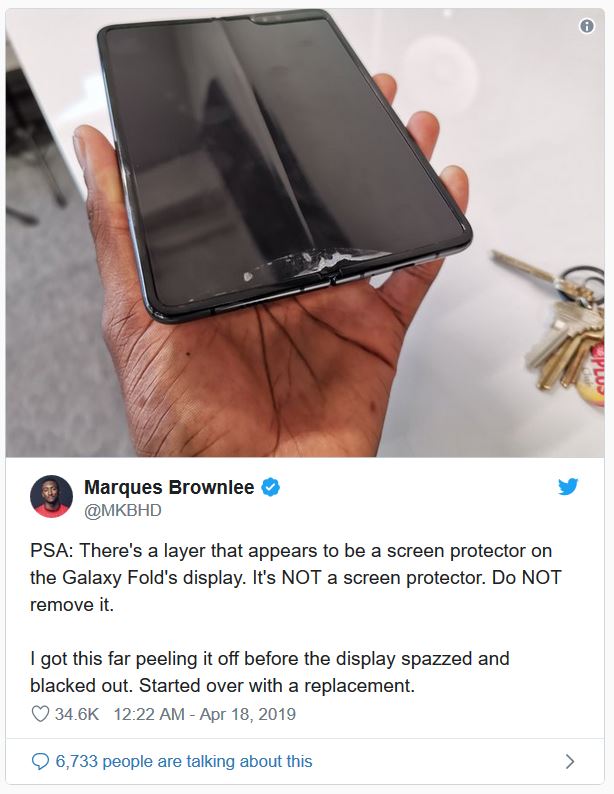 The Verge said its unit developed “a bulge that appeared to be the result of something in between the screen and the hinge.”

Some problems were caused when testers removed what appeared to be a protective film on the screen, that was in fact not meant to be removed, though Samsung didn’t do a good enough job of communicating this point in its packaging. 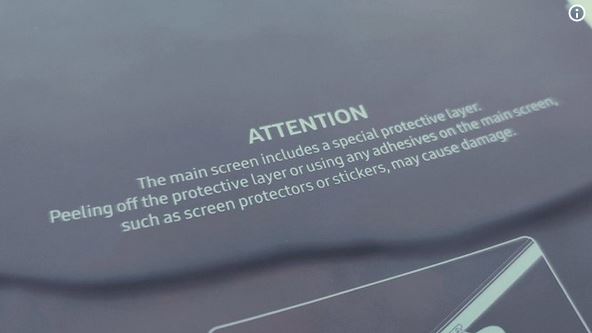 The Fold is meant to be opened and closed much like an old flip phone (except you open and close it sideways) with the internal 7.3-inch display bending without any damage, at least when working properly.

Samsung went to great lengths to explain the dual-axis hinge mechanism and flexible polymer display that makes this possible.

Given the stratospheric price tag, Samsung would always have had a tall challenge selling the Fold, as it would appeal mostly to affluent early adopters. Getting buyers into the fold now will be that much more difficult.

"Many enthusiasts who will buy the Fold at $2,000 are adventuresome and know buying the first of anything is a risk as well as an opportunity for big bragging rights," says industry analyst Patrick Moorhead of Moor Insights & Strategy. As long as consumers don't experience the same issues that a few reviewers did, Moorhead expects the problems will blow over.

But Techsponential lead analyst Avi Greengart calls this "a PR nightmare of the first order" and says Samsung’s brand is certainly "taking a beating."

"Samsung also has a history here that cannot be ignored," Greengart says. "The Note 7 literally went up in flames, and Samsung’s response to that disaster was compounded by an initial unwillingness to admit that there was a widespread problem and then a fix that had problems of its own."

Greengart adds that the Fold problem is not at the same level as the Note 7 disaster, which posed a very real danger to the public because of the exploding batteries. But the Galaxy Fold is important for Samsung to establish a new product category. 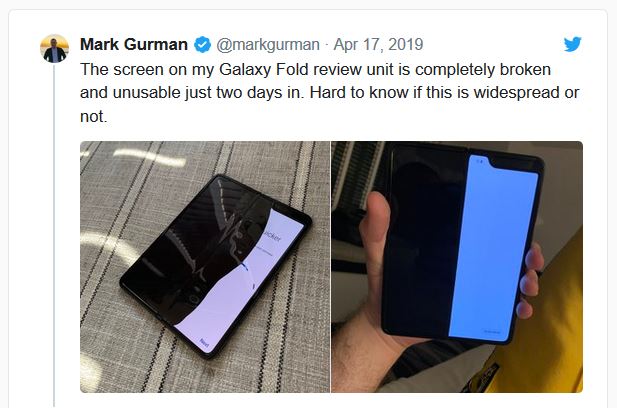 The Galaxy Note 7 fiasco cost Samsung billions of dollars and enormous embarrassment. The company can only hope that since this newest device has only been in the hands of select reviewers so far, that it can correct the problem before it unfolds into a much bigger mess.

Siemens to invest 500 mln euros in Colombia for energy, infrastructure