Saagnik Swarlok, a 9th grader of St. Joseph Higher Secondary School, Dhaka, have brought glory for the country through his extraordinary result in the Cambridge English Certificate Exam. The examination was held in May following a one-year course for secondary level students from all over the world under the supervision of the University of Cambridge, UK.

On 6th July Saagnik left Dhaka for United Kingdom on an invitation of the University of Cambridge and Brunel University London to participate in a short course there. The brilliant boy became Student of the Week there through his outstanding curricular and extra-curricular activities.

Saagnik is a very good guitar player and singer also. He mesmerised hundreds of students and teachers with his vocal and guitar performance at the auditorium of the university there. 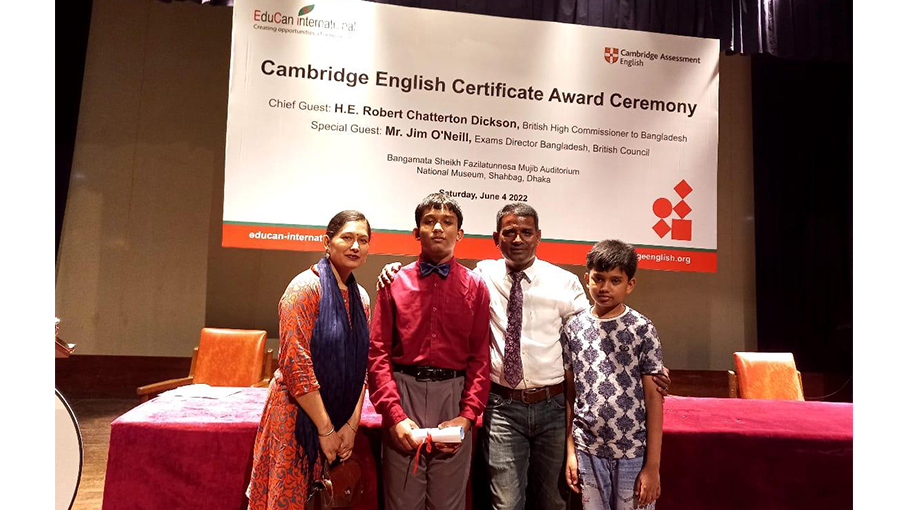 Around 1,500 patients get eye treatment for free

AL will respond to all sorts of conspiracies: Shameem