Australia captain Tim Paine has all-but confirmed opener David Warner will play in the third Vodafone Test against India starting tomorrow and hinted his inclusion might not be the only change to the team’s starting XI.

Paine said selectors had agreed upon a starting line-up for the crucial Test, with the series locked at one-all after India's convincing win in Melbourne last week, but after suggesting the Australians would announce an team on match eve, the final XI will not be known until the coin toss on Thursday morning.

India have since announced their playing XI for the third Test, with a return to open the batting for Rohit Sharma, and a debut for 28-year-old express paceman Navdeep Saini. 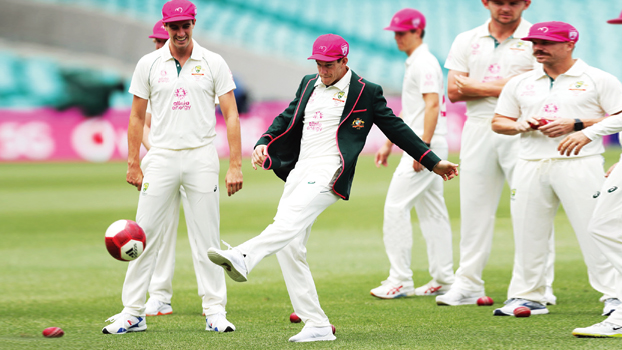 Paine indicated that Warner's inclusion after recovering from a groin injury to replace Joe Burns (who was omitted from the squad after the second Test) might not be the only alteration, which suggests uncapped 22-year-old Will Pucovski was also in the frame for a call-up.

The Test captain confirmed Pucovski would open if named in the XI, thereby allowing makeshift opener Matthew Wade to return to his usual role in the middle-order and forcing a reshuffle that could see former vice-captain Travis Head lose his place.

“We’ve got a team but we’re just not releasing it at the moment,” Paine said in a media conference this morning.

“The boys are still training so we’ll get through that first, unscathed and then we’ll try to get a team out as quickly as we can after that.

“Obviously with David (Warner) playing and potentially more, there's some conversations that need to be had first.”

A fit-again Rohit Sharma will replace struggling opener Mayank Agarwal and fast bowler Navdeep Saini will make his test debut for India in their third match against Australia beginning at the Sydney Cricket Ground on Thursday.

Rohit returns after recovering from a hamstring injury which kept him out of the limited-overs series in Australia as well as the first two tests in Adelaide and Melbourne.

The 33-year-old from Mumbai will partner Shubman Gill at the top after Agarwal’s meagre aggregate of 31 runs in four innings made his place in the playing XI untenable.

“We all are really excited to have him (Rohit) back,” said Ajinkya Rahane, who is leading India in the absence of skipper Virat Kohli who is out on paternity leave.

“His experience at the highest level matters a lot.

“He had seven-eight (practice) sessions. He came to Melbourne and when our test match got over, he started his practice straightaway. He’s been batting really well,” Rahane said in a video conference before the playing XI was announced.

Rohit will also be deputy to Rahane.

India have also lost the services of frontline pacers Mohammed Shami and Umesh Yadav through injuries since levelling the series 1-1 in Melbourne.

“We’ll definitely miss Umesh and Shami but that gives opportunity to other guys to come and do well at the highest level,” Rahane said, citing Siraj’s impressive debut in Melbourne as inspiration.

“It’s not about one or two individuals, it’s about the bowling unit ... As a team we want to do well.

“I’m really happy for Siraj. The way he bowled in the last game, especially when Umesh got injured in the second innings ... Siraj was really exceptional.”

‘Wow Morocco, you did it again!’