Rise of political extremism and dormitory crisis at DU 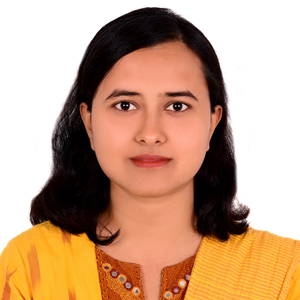 Dhaka Uni­versity, the driver of the country’s language movement and liberation war has always been vocal and played significant roles against all odds Bangladesh has had witnessed since inception. But in recent times, the historic university has faced harsh criticism over a number of issues including

It is startling to note that that many political extremists or communal political parties have been operating under different name at DU. It is disheartening that when the entire world is applauding Prime Minister Sheikh Hasina and her government for showing zero tolerance against terrorism and militancy, the country’s most esteemed public university has become the factory of making and equipping terrorist and communal parties.

Mostly, Islamic extremist group like- Hizb-ut- tahrir, Islami Chatra Shibir( ICS), and other communal group have started their unscrupulous activities under the banner of “general students” at DU campus. Members of those extremist groups are infiltrating other student organizations and taking part in different movements to create chaos. They mainly take the opportunity of different student movements to defame the government and destabilize its various agendas. Such miscreant student wings appeared in the scene for the first time during the quota reform movement and since then they have been operating covertly.

There are allegations that a number of leading members belong to Bangladesh Sadharon Chatra Odhikar Sangrakkhan Parishad, the initiator of the quota reform movement, are actually the members of Islami Chatra Shibir (ICS).  In recent times, Islamic extremist groups have started their activity openly. Of late, they put up many posters in Madhur canteen wall, later Bangladesh Chatra League (BCL) washed

Alongside, another communal extremist group, the Hizb-ut Tahrir is conducting their sick political practice at the university campus spreading posters and banners full of extreme messages urging youths to join them to wipe out the government and destroy the prevailing democratic ambience of the country.

What is more alarming is that they are trying to join Bangladesh Chhatra League (BCL) in disguise. Moreover, they are defaming this historic student wing in different way. They have been involved in extortion and other illegal works under the banner of BCL. Many leading members of BCL told the Bangladesh Post on condition of anonymity that a startling number of BCL members have come from different Islamic extremist groups and they are working to spread their seditious thoughts among students and countrymen.

Also they have joined some left- leaning student bodies and social organizations in disguise and actively carrying out their anti- state activities. As Chatra Shibir was banned at DU by Dhaka University Paribesh Sangsad and recently Dhaka University Central Students Union (DUCSU) has decided to prohibit all kind of religion based politics from the campus, these communal groups are desperately searching alternative shelter to fulfill their aims.

Using the name of Chatra league these extremist groups are incorporating terror activities. The consequence is in recent times, many illegal weapons were found in different halls of Dhaka University. Moreover, such extremist wings are doing drugs business using the label of BCL to defame it.

Though, there were many political parties and student organizations operating at Dhaka University campus, in recent times there are only two groups- one is Bangladesh Chatra League and the other is Anti- government groups. Being involved with various left- wing political groups, these anti- government groups want to destroy the reputation of BCL and fuel student movement with miscreant intention to wipe out the Government.

However, dormitory crisis has been the most important issue at DU in recent times. DU has around 13,000 seats in its 19 halls and 4 hostels for 30,000+ students. As a result most of the students cannot manage seats and live an inhuman life in ‘mass room’, where 20-25 students live in a single room.

There are many reasons such as shortage of seats, illegally occupying seats by leading political leaders and so on. But these miscreant extremists blame BCL for the accommodation crisis and tried to gain support from the general students. Where the modern trend is blaming Bangladesh Chatra League for any activity, the actual scenario is only BCL is working for the welfare of the students.

DUCSU member and former member of Bangladesh central Students League, Tanbir Hasan Shaikat first raised his voice against this accommodation crisis. On October 1, Tanbir issued a 15 days ultimatum to the University administration to resolve the accommodation crisis on campus. Earlier, Tanbir stayed with the 1st year students at Kabi Jashimuddin Hall’s mass room leaving his own residential seat empty. Students attempt to move in VC’s residence as their ultimatum ends.

The protesters led by Tanbir tried to enter the VC’s house on Tuesday but the proctorial team did not let them enter and then the protesters sat in front of VC’s house. Later they postponed their movement as the University administration gave their words to solve the accommodation problem. It is high time that the university administration should give more focus on dormitory crisis and increase the number of halls for the growing number of students.

International Day of Democracy and its emergence