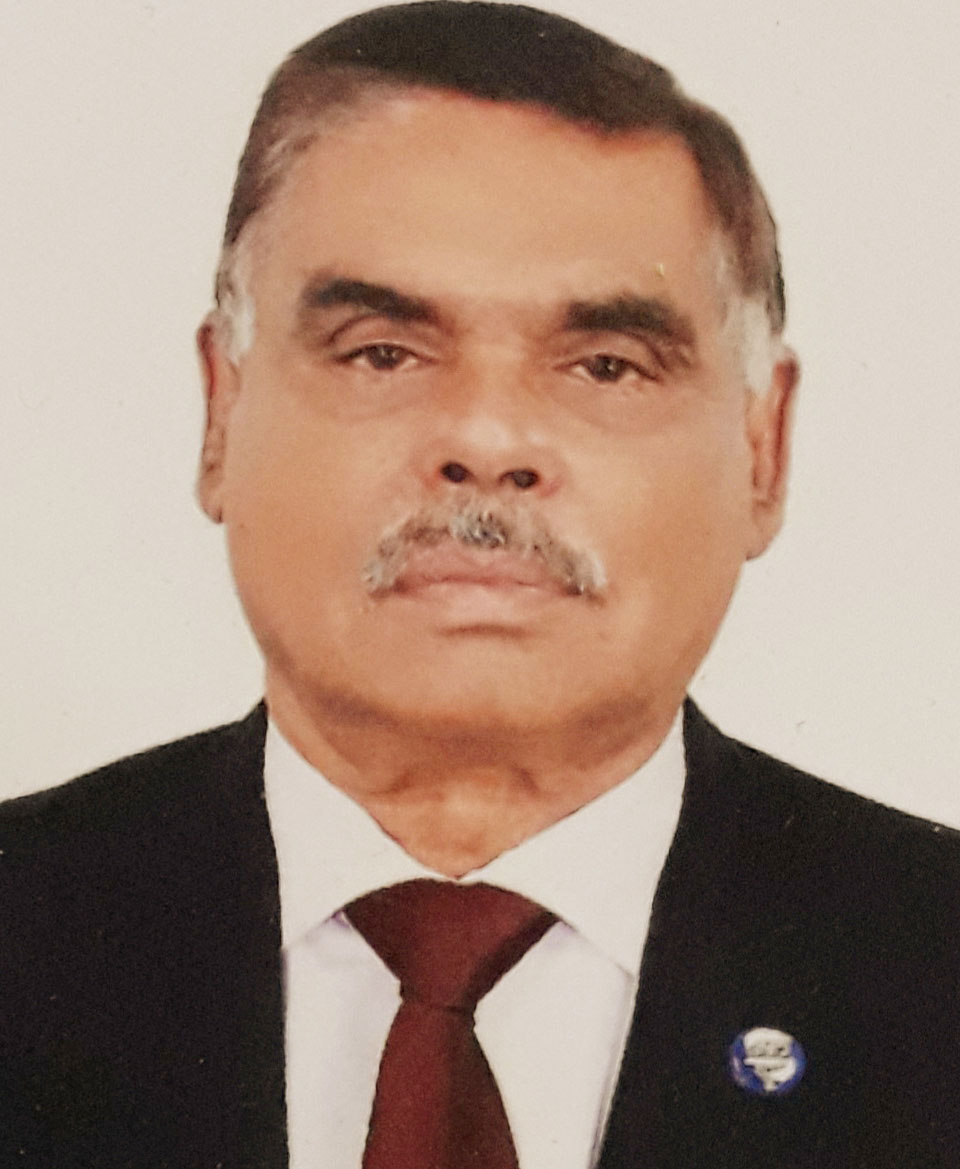 Father of the Nation Bangabandhu Sheikh Mujibur Rahman was the pioneer leader  of the nationalist movements  in Bangladesh.

Though he joined Pakistan's independence movement as a Muslim League leader in 1947, immediately after the independence of Pakistan he understood that Pakistan  will never stand for the people of the erstwhile East Pakistan as the Pakistan's father of the nation Mohammed Ali Jinnah declared Urdu as the national language of Pakistan defying the fact that the majority of peoples' language in Pakistan was  Bengali.

Mr Jinnah undermined the Bengali speaking people declaring ‘Urdu ‘as national language of Pakistan. Since then Sheikh Mujib clearly understood we  could not live together with Pakistan. The Pakistani rulers had been discriminating  the people of the then East Pakistan showing step -motherly attitude towards them by not giving the due share.

Not only culturally, the Pakistan rulers had also been started discriminating economically, in recruiting in foreign service and CSP officers in civil administration, defence, and higher posts  in government services. During the 23 years rule of Pakistan the then East Pakistan officers were deprived of their fundamental rights and shares.

Bangabandhu had a dream of building an independent  and sovereign Bangladesh in South Asia.  Bangabandhu understood that  if we stay together with Pakistan, total entity of Bengali culture would be ruined, economic condition would be destroyed in phases. Ultimately  with a dream to create an independent Bangladesh, Sheikh Mujib  launched movements for establishing democracy in Pakistan in phase by phase so that Pakistan rulers could not understand  his ultimate political policy of democratic movements.

Pakistan rulers and other leaders could not adress him as a separatist movement leader.  So he started  launching movements to  establish rights of the East Bengal people. To stop his movement Pakistan rulers imprisoned him.

Sheikh Mujib suffered imprisonment for about 17 years during 23  years of Pakistan rule. Sheikh Mujib in 1966  declared  the six-point demand as a full autonomy of the then East Pakistan. Pakistani rulers took it as the contradiction to the Pakistan constitution.

Actually the six-point demands were clearly imbued with spirit of Independence of Bangladesh. When The Pakistani Military regime understood the meaning of six point demands, they imprisoned Sheikh Mujib  charging with a conspiracy case against Pakistan named as ‘Agartala conspiracy case’ in 1967.

Sheikh Mujib was the main accused of the conspiracy case along with other leaders. By that time Bangabandhu became most popular leader and unparalleled leader of Bangladesh.

The  people of East Pakistan realised that six point demand would help them get rid of the oppression and suppression done by Pakistan rulers. In 1969, under the banner of  11- point demands of the students  prepared, all students got united under the leadership of the then DUCSU VP Tofael Ahmed.

The massive 11- point movement was intensified throughout East Pakistan which turned into a mass- upsurge movement in 1969. In the wake of this movement Pakistan Military ruler Gen Ayub Khan was compelled to give unconditional release of Sheikh Mujib and other leaders from the ‘Agartala conspiracy case'. It was a great victory of the students  movement  participated by  students, workers ,farmers, intellectuals and journalists.

After the release of Sheikh Mujibur Rahman, The students action committee gave a rousing reception at the Suhrawardy Udyan in presence of thousands of people.

The Bangladeshi Nationalist leader Sheikh Mujibur Rahman at that tumultuous reception was given the tittle ‘Bangabandhu ‘  which was announced by DUCSU VP Tofael Ahmed with the clapping and cheering of thousands people present in the reception. Since then Bangabandhu became the hero of Bangladesh's future  political movement.

People also kept full  confidence on the future movement  of Bangladesh. His political farsightedness and dynamism helped him in chalking out the movement to fulfil the dream of Bangladesh. Mr Tofael Ahmed also said from now on, the hero (Mujib) would be called as ‘Bangabandhu Sheikh Mujibur Rahman’. Since then he is well known to the East Pakistan Bengali People as Bangabandhu Sheikh Mujibur Rahman.

Despite opposition from Moulana Hamid Khan Bhashani, the charismatic leader Bangabandhu  took decision to participate in the Pakistan General elections. As a politically farsighted and visionary leader Bangabandhu took the right  decesion as he easily understood  what for, what to do or what after, what to do, that is why Bangabandhu took decision to participate in the general elections of Pakistan. Such a decesion was indeed the consequence of Bangabandhu's prudent political strategy.

When Gen Khan postponed the scheduled date of calling the session of National Assembly, students, workers, intellectuals teachers , journalists  and progressive political parties became agitated and came on the streets of Dhaka city spontaneously  to protest against the National Assembly (NA) session. After spontaneous furious agitation Bangabandhu called a non- cooperation movement throughout the East Pakistan.

Bangabandhu gave some guide lines how the people would continue their livelihoods. The guide lines given by Bangabandhu were magically followed by independence loving people of East Bengal. Bangabandhu  gave a  21- minute historic  speech on March 7 giving final guidelines to prepare for achieving independence for Bangladesh.

Unesco has recognised the historic 7th March Speech of Bangabandhu Sheikh Mujibur Rahman as part of the world’s documentary heritage in 2017.

However, after the speech of Bangabandhu, people across the country got united to fight against  Pakistan  collecting  arms and ammunition. Young people and students with the collected rifles were given local training on how to operate rifles to fight against Pakistani enemy.

From my perspective, without Bangabandhu’s leadership, we could not achieve the independence of Bangladesh . So as long I will remain alive, Bangabandhu would remain in my heart. I got the opportunity to meet him personally for several times  before and after independence.

First I saw him and shook hands in 1964 at a relief camp  in  Narasingdi  when riot was broken out in East Pakistan on the issue of steeling hair from Hazrat Bal Dargah in Kashmir. The Behari Muslims rioters  burnt houses, looted,  killed and raped girls of minorities in different parts of East Pakistan including Dhaka, Narsingdi  and Narayanganj.

At that time , I was a student of class  ten and a volunteer of the relief camp. Also being a worker of my beloved students league, i got the chance to shook hands with Mujib Bhai. I came to  know from the daily newspapers that  Bangabandhu with the  journalists, poets, progressive political parties leaders including prominent editors Tofazzal Hossain, Manik Miah, Salam Khan, Zohur hossain chowdhury,  Ahmedul Kabir and others brought out a  peace procession against the riots done by the Behari Muslims. They also wrote a common banner  head news “Purba Bangla Rokhe Darao”.

I became truly encouraged  by this procession led by Bangabandhu and journalist leaders. My utmost respect went to them for carrying out such a historic peace procession which gave us strength and courage to stand against rioters. (To be continued)

An attack on the minority to tarnish image of government

Responsible use of social media

BNP as a political party and its future

International Day of Peace and its importance

US isolationism is reaching its final narcissistic chapter