Access Bangladesh Foundation jointly with the Bangladesh Post organised a roundtable discussion through the digital platform on October 17, marking the 'World White Cane Safety Day-2021". Experts in the relevant field and representatives from different strata of the society took part in the roundtable meeting. They opine that persons with visual disabilities would become contributing members of society if they are given the due opportunity. They reflected their insightful thoughts, suggestions and recommendations at the discussion to be considered in the process of policy formulation for the persons with disabilities in the country. The recommendations include imparting training to visually impaired persons, related NGOs and educational institutes on the proper and meaningful use of white cane by the Department of Social Welfare; inspiring persons with visual impairment to use a white cane and making them aware of the proper use of it; and providing digital white cane for visually impaired persons at low cost. This special supplement features the key parts of the comments, opinions and recommendations made by the experts participating in the roundtable discussion. 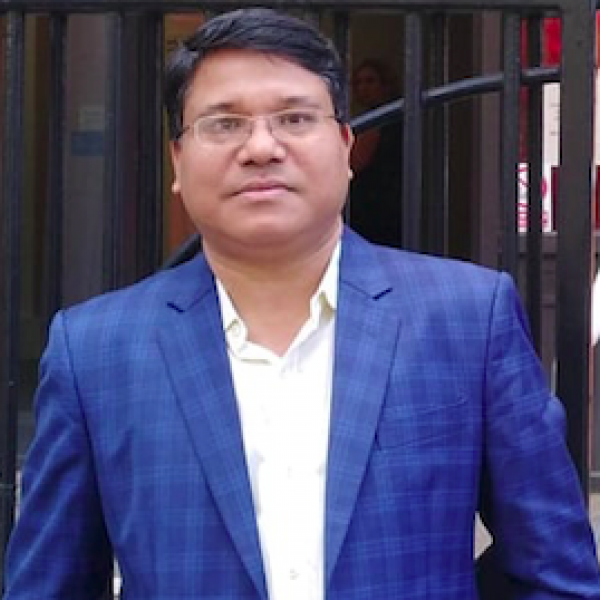 According to Disability Identification Survey being conducted by Ministry of Social Welfare, number of visually impaired persons is the second majority among its kind. Study also reveals that the number of people having visual impairment will increase in the coming decades due to population growth and aging, behavioral and lifestyle changes and unplanned urbanization. There is a lack of need based programs for visually impaired persons to mainstream them in the society. Even their needs are not reflected in the annual national budget.

The educational institutes  for visually impaired persons run by the government is always underutilized due to less enrollment and the root cause is lack of awareness and information.

Usually employers are less interested in recruiting persons with visual impairment.. As a result, many educated people with visual impairment remain unemployed. We see a lot of obstacles in our ways to integrate them in the mainstream development process. However we can address their problems through raising awareness, initiating need based plans, programs and resource allocation, and putting more emphasize on technology.

I hope, today’s roundtable discussion will explore the new avenues for the visually impaired persons. 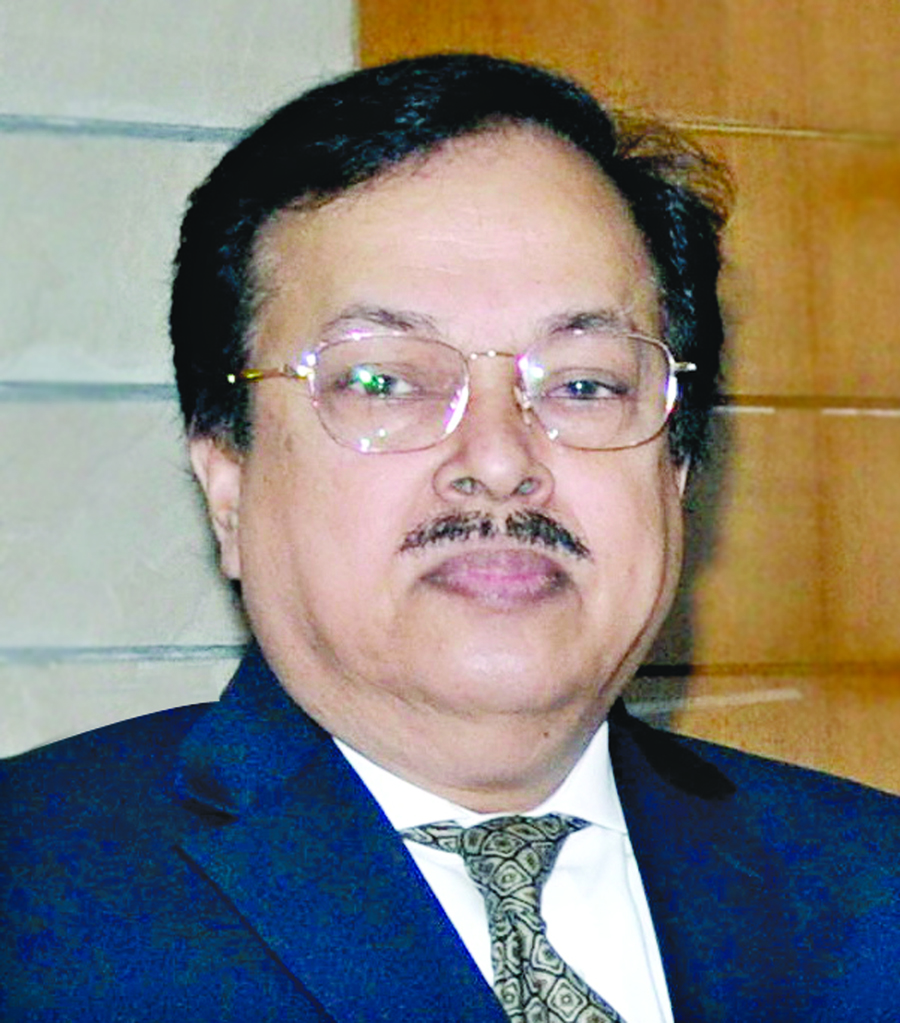 We still face a lot of challenges in Bangladesh due to our social condition. I believe that, with the joint efforts of all the people in the country, we will make the lives of white cane users easier and more comfortable.

We hope to use our platform to work and be more helpful for the persons with disabilities in the future. 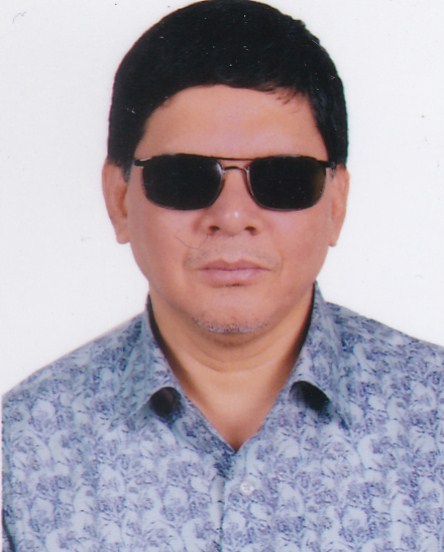 Government authorities and media personnel need to take initiatives to make the people of the country more aware of the troubles of the visually impaired people.

Ministries need to give instructions to the locals on how they can help the persons with disabilities and make this city a better place for everyone.

City –dwellers especially drivers and others who remain on the streets need to be instructed, so that they can effectively come to the aid of the people who are visually impaired. I would like to request the concerned ministries to take the initiative and other media personnel to create more awareness regarding the matter.

I took the first initiative to produce Sadachari (white canes) on my own. I have been making the canes and other useful devices for myself and people like me for the last 32 years.  I had to face many challenges in order to deal with my disability. White canes were either not available or very expensive. This eventually made me determined to do something useful for myself and others sharing my disability.

Hence, I decided to make white canes myself. Now I make canes and other objects such as abacus and chess boards to donate for millions of visually impaired people in the country.

I would like to plea the government to aid the people who take initiatives to make canes for the visually impaired persons. 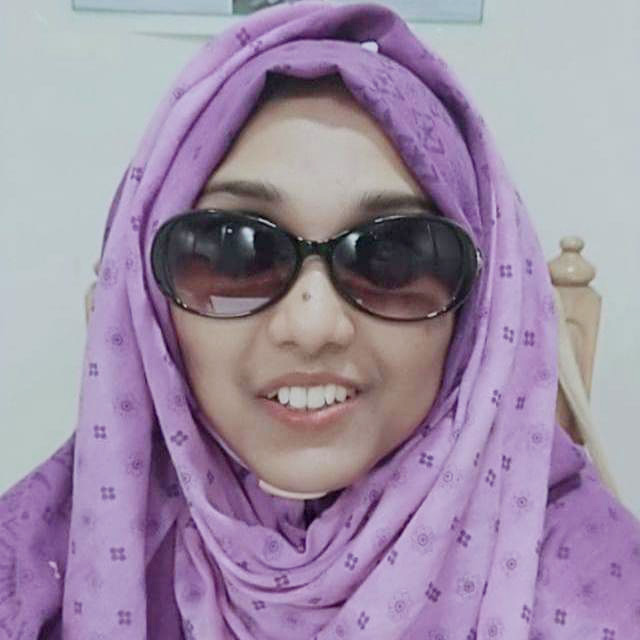 People usually have a negative mindset on how a visually impaired person can work. We always have to make people understand that we are not a burden and no extra effort is required in terms of providing us with working opportunities. The support that we need is the rights preserved for us under the state act and international convention. There should be a behavioral guideline for visually impaired people to prevent discriminatory treatment against us. Visually impaired people can play a significant role in the development of our country if other people nurture a positive attitude towards them. 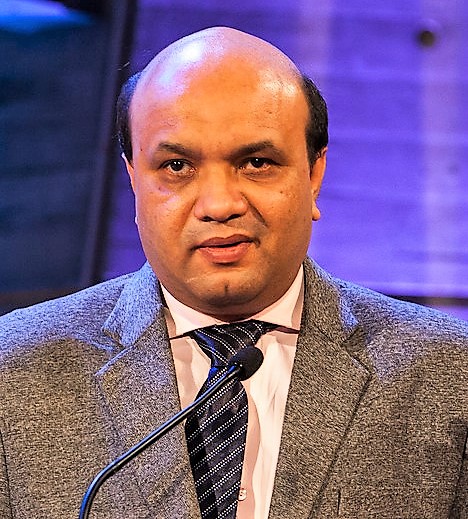 Digital White Cane is a reality today, however, the persons with disabilities in our community are not benefiting from it yet. The young examples of today who share the disability are no less than the people without disability.

Digital Bangladesh is likely to be declared at the end of the year and we can see positive enthusiasm from the government regarding making some platforms such as the national portal (which includes over 33000 websites) and myGov app accessible for us before the declaration. Many government bodies are working in the background to make this possible as soon as possible. I would like to thank all entities and individuals who are working in its favour. 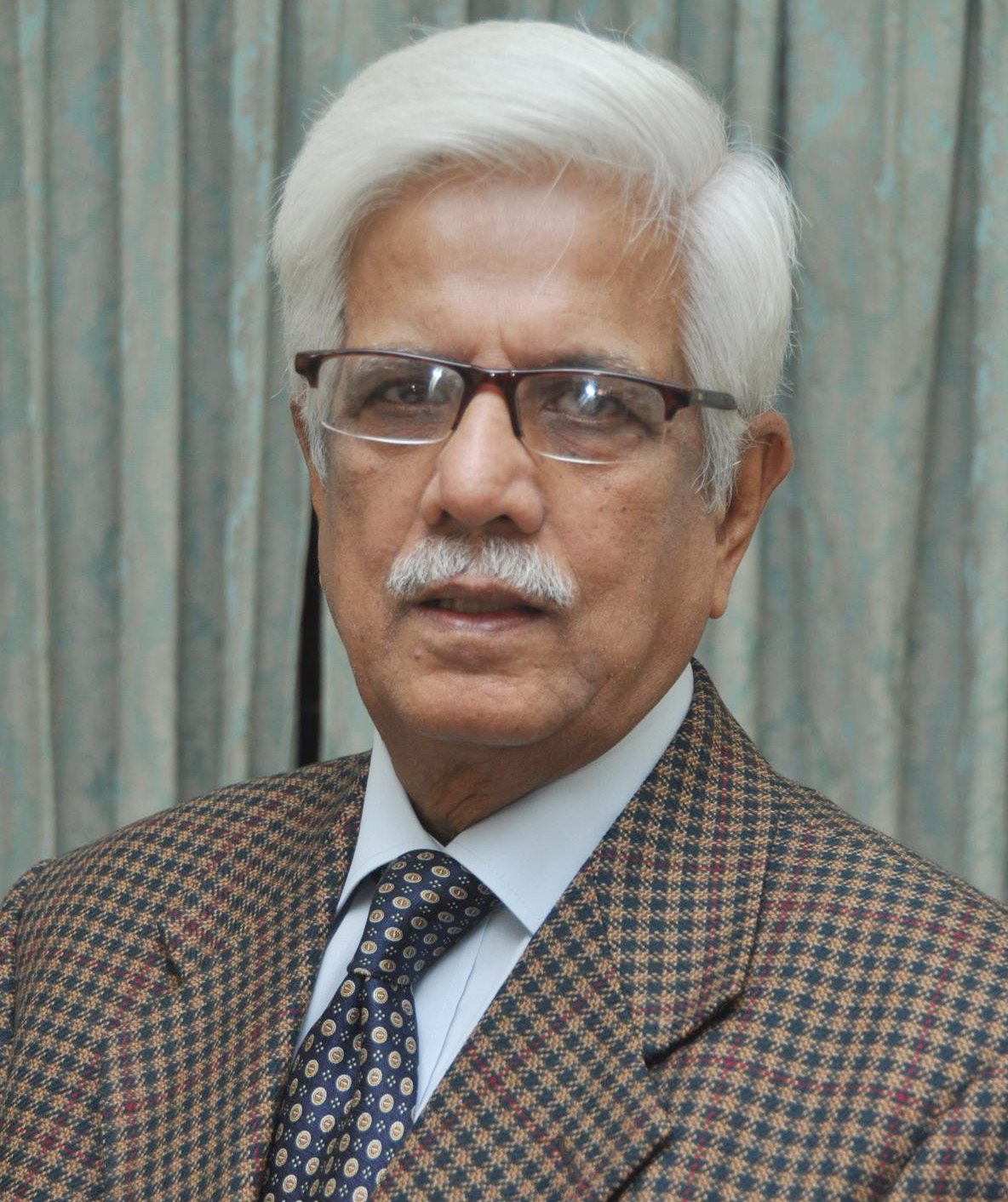 I would like to suggest to conduct a survey through union parishad on visually impaired persons and make arrangements for their training.We have to provide white canes to every one of them and integrate them into the mainstream for the development of the country. 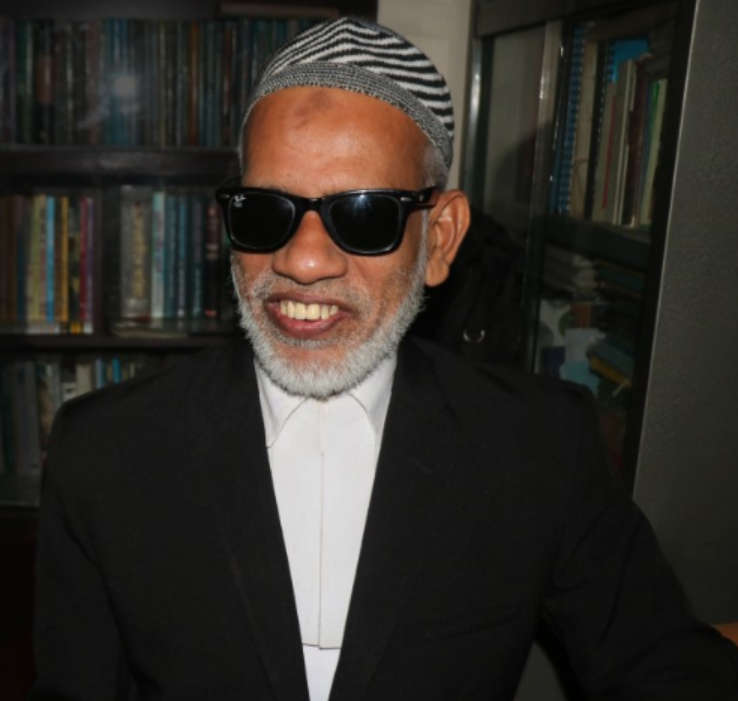 There was a time when education was merely a fantasy for the visually impaired persons. However, now many of us are working and assisting other people through many professions including being their representative for the law. There are many examples as such so that others who are disabled in any way feel motivated and influenced to do something good with their lives despite their challenges. I myself gave service without any cost to convince people of by capabilities. It is important for people like who share my disability or any disability to mane others believe in them regardless of their drawbacks. The community will be a better place when this belief is established. 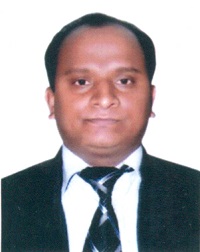 We have a lot of bodies that facilitate the visually impaired persons such as schools and other educational institutions; however, the Employment Rehabilitation Center for Physically Handicap (ERCPH) has become monumental in serving the persons with disabilities.

We have become successful in making artificial limbs for the persons with disabilities. Recently, in the presence of the state minister of Youth and Sports Zahid Ahsan Russel, we have distributed high tech ‘smart canes’ to the people in need.

The ‘White Cane’ is a symbol of security and we all look to fill the gap of awareness that exists and make the community better for the visually impaired persons. 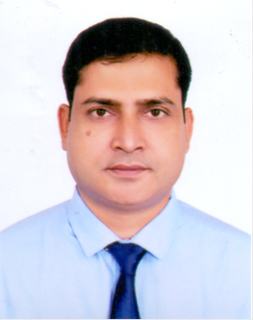 Our Prime Minister Sheikh Hasina has always tried to bring the persons with disabilities in the front row who have fallen behind.

The slogan of the Department of Social Services, according to which development-oriented democracy is Sheikh Hasina's vision is similar to the SDG’s slogan that says 'Leave no one behind'.  We are considering to build a corner at Savar Upazila Social Service office for persons with disabilities with the aim of facilitating the services provided to them by the Department of Social Services at the upazila level. Small initiatives and changes in people's perspectives can bring successful results. 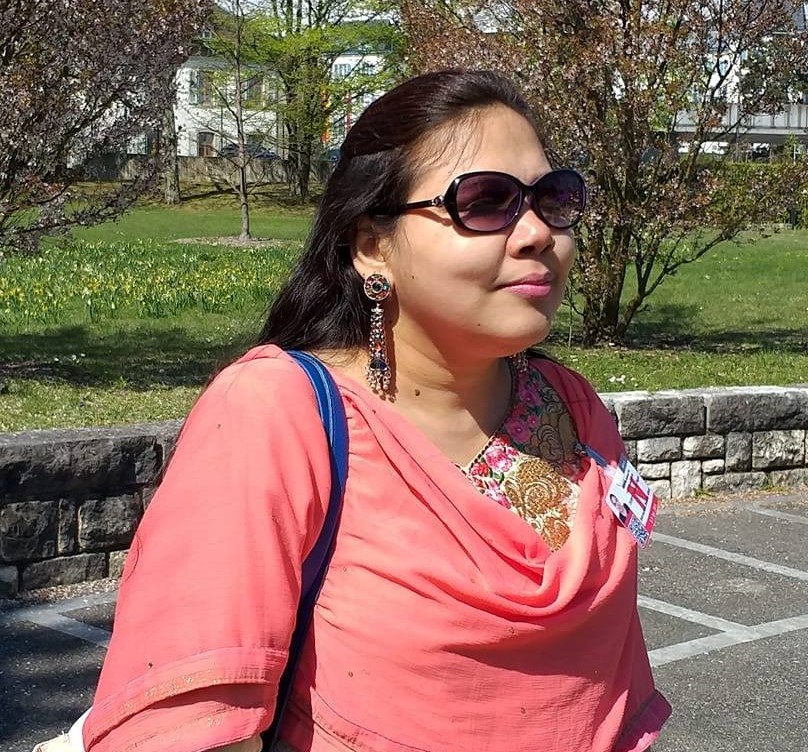 I appreciate the initiative taken by Access Bangladesh Foundation. People are not much concerned these days about visually impaired people. 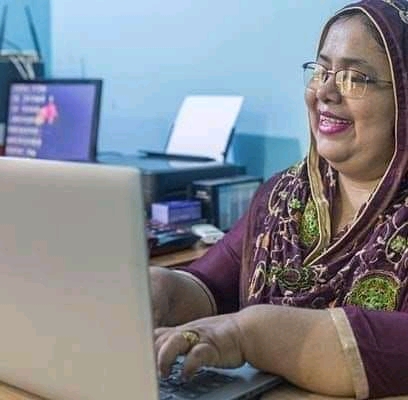 Six schools have been established in six divisions for women who are visually impaired. Steps must be taken to launch these schools as soon as possible.

I would also like to urge the concerned authority to include the children with disabilities in the unified education system. 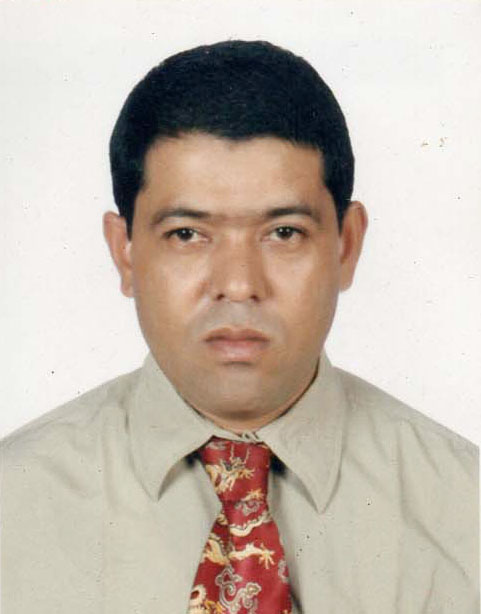 There are not many entities that deal with the deaf-blind. People who are deaf and blind have no real facilities in the country.

I was successful in summoning 66 deaf-blind people in the National press Club in 2010 to talk about their problems to the press. I brought 586 deaf-blinds from 10 districts, 64 upazillas under a survey only to find out that there were no official facilities provided to them by the government. I would like to urge the Ministry of Social Welfare along with other non-government organizations to come in aid of such people. 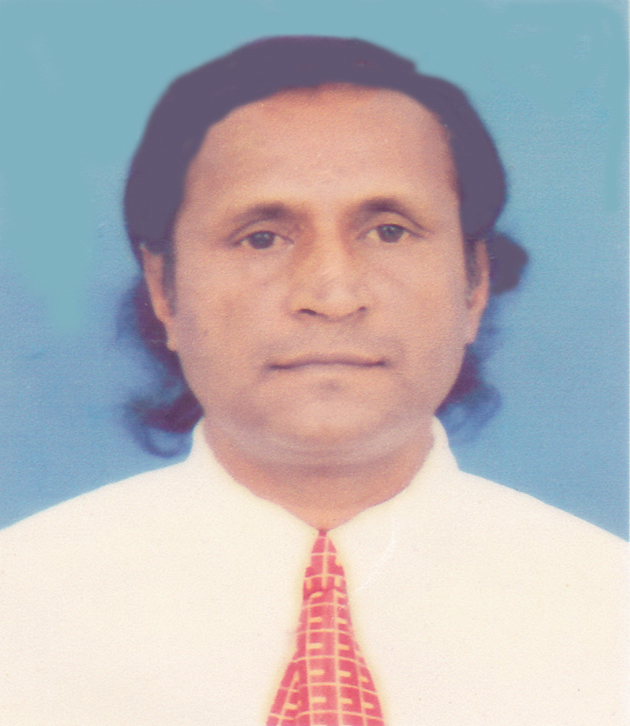 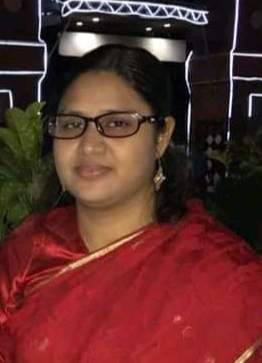 I have been struggling for a long time to find a job. Visually impaired persons are the most neglected in terms of getting jobs. I have observed that even among the other persons with disabilities, visually impaired people fall victim to discrimination.

I have been looking for a job at organizations that provide employment opportunities to the persons with disabilities. Whenever I get calls from them, they cut the call immediately after hearing about the type of my disability. It becomes really hard to make the authority understand that I can do the assigned works without any problems if given the opportunity. 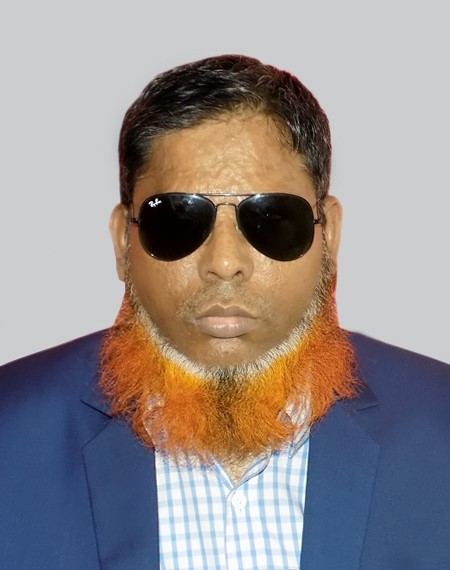 It is important to highlight the idea of employment when it comes to the visually impaired people. Even with our qualifications, we do not get the deserved positions or the reasonable accommodations. It is difficult to change how employers look at us despite our professional abilities. However, it is mostly seen that when someone with disability is given the opportunity, they put double the effort on to their work in comparison to people without disability in order to prove themselves. The employers tend to have their reservations regarding disabled people and there are a lot of misunderstanding that has to be cleared regarding how a person would work. So it is important to create that positivity among job-givers. 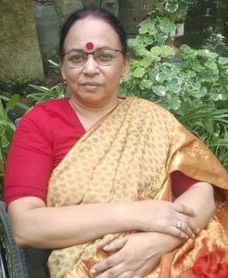 The new generation needs to be enlightened regarding the topic in hand; about the importance of ‘white canes’. Our past examples of people with disabilities who are successful have shown us that nothing is impossible.