Our responsibility towards elderly people 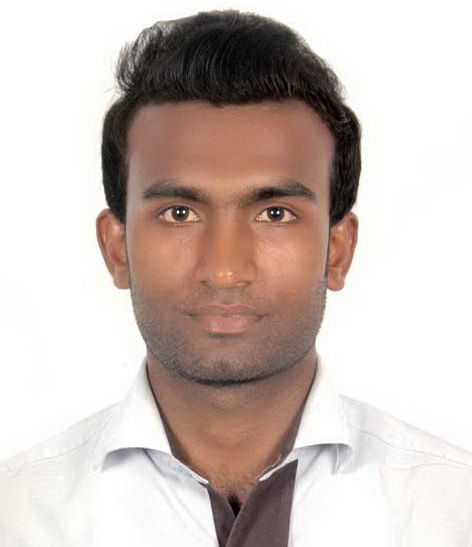 It is widely known to us that population aging is a demographically inexorable process in human life. We mainly pass five stages in our whole lifespan which are known as the demographic transition of human life.

These are infancy, childhood,  adolescence,  adulthood, and old age. Among these demographic transitions of a person, old age is one of the most vulnerable stages of human life. Generally, old age starts after 60 years and ends in death.

Among these five stages of human life, old age is the most sensitive and unfortified stage where people lose their physical strength, suffer from various age-related diseases, get less health care facilities and get limited or no job opportunities. So, they need special care.

Most people above  60  years of age are considered as  ‘older’ person.  Those who are  60  years and above make up the elderly section of the population. But in developed and industrialized countries, they have accepted the chronological age of 65 years as definition of 'elderly' or older person.

In Bangladesh, according to National policy for older persons 2013, people of 60 years and above is considered as an older person. In this stage of life, in the Bangladesh context, they formally retire from all sorts of livelihood activities.

In Bangladesh, due to the improved quality of life and increased life expectancy, the number of elderly people is increasing rapidly. According to government statistics, around 7.5%  of the country's total population constitutes elderly people, while the number is expected to increase sharply and reach around 20% by 2050.

According to the Bangladesh Association for the Aged and Institute of Geriatric Medicine(BAAIGM), an organization works with older persons, 8 percent of the current population of Bangladesh are senior citizens.

It is projected that the number of old persons in 2025, 2050, and in 2061 will be 20 million. So, it is undeniable that older people in our country are increasing rapidly and it will be a great challenge for Bangladesh to ensure healthy and successful aging.

Our cultural and religious tradition and the expectation of elderly people is that families and communities will care for the older person in family, community as well as state level. Previously, the family members, community peoples, and society of our country took care of the elderly people and they felt more secured compared to the rife time.

At the older stage of life, every people want to live with a close touch of his family members specially with his or her children and get special care, love, physical and mental support from the family members.

But rapid Socio-economic and demographic transitions, mass poverty, changing social values, the great influence of western culture, ambition to live in a nuclear family, and other factors have broken down the family and community care system which makes the elderly people more insecured and vulnerable.

It is a bitter truth that nuclear family, in a global perspective as well as Bangladesh's perspective too,  is increasing day by day and older people left alone living separately from their family and they becoming vulnerable in their elderly period.

Although some children want their parents would live with them, in course of circumstances their parents can't live with them because of some Socio-economic and demographic factors.  This condition of elderly people claims more health and welfare services from the government and more effective provisions to the elderly support system

Bangladesh government has taken some initiatives for ensuring elderly welfare which are National Policy on older person 2013, Parent care act 2013, Old age allowance, old home service, A draft on Probin Unnayan Foundation Act 2017, declaration of older people as a senior citizen,Insurance scheme for  Elderly people, Progress of MIPAA  2002(Madrid International Plan of Action in Ageing 2002), etc. Though the government has taken some initiatives and provisions,  most of them are not functioning yet.

Several organizations working with elderly people and elderly welfare has asserted that the growth of elderly people in Bangladesh will continue and that has laid down several issues related to their status and roles, care and living, health, nutrition, social support, and overall wellbeing.

Since Bangladesh doesn't have an active social welfare system, the elderly people have to face various sorts of physical and psycho-social problems. It is our responsibility to take care of the elderly people of our family, society as well as our country as they have contributed a lot to our society. They sacrificed their whole life for our wellbeing.

The honorable government of Bangladesh should concentrate on elderly welfare and introduce active elderly welfare initiatives and increased the amount of old age allowance which will increase economic security. 'National policy on older person2013' and 'Parent care act 2013' should be reformed and make actively working.

To provide special medical care for the elderly, the government should establish a World Health Organization (WHO) recommended Age-Friendly Primary health care centers and separate wards should be set up in the hospitals. Government and Non-Government organizations should jointly work for making a habitable environment for elderly people and provide them all necessary services for their healthy and secure older period.

Razu Ahmed is a student at Institute of Social welfare and Research, University of Dhaka

Europe will benefit from Germany’s crisis

Duterte poised to shake up the regional security order

Covid-19: What happens when home becomes our world

International intervention a must to resolve Rohingya crisis