A literature and philosophy graduate, with extensive post-graduate work at Oxford on German literature, Polish-born Pawel Pawlikowski started as a documentary filmmaker in British television.

Pawlikowski was born in Warsaw, Poland, to a father who was a doctor and a mother who started as a ballet dancer and later became an English literature professor at the University of Warsaw. In his late teens, he learned that his paternal grandmother was Jewish and had died in Auschwitz. At the age of 14, he left communist Poland with his mother for London. What he thought was a holiday, turned out to be a permanent exile. A year later he moved to Germany, before finally settling in Britain in 1977. He studied literature and philosophy at Oxford University.

Pawlikowski grew up a Catholic and considers himself one up to this day, but says that he finds the Catholic Church in Great Britain to be easier to grow in faith in than that in Poland.

Pawlikowski was a Creative Arts Fellow at Oxford Brookes University from 2004 to 2007. He teaches film direction and screenwriting at the National Film School in the UK and the Wajda Film School in Warsaw. In addition to his native Polish, he speaks six languages including German and Russian.

Pawlikowski's wife developed a serious illness in 2006 and died several months later. They have a son and a daughter. After his children left for university, Pawlikowski moved to Paris, and later relocated to Warsaw, where he lives close to his childhood home.[12] At the end of 2017, he married Polish model and actress Małgosia Bela. His second feature, Last Resort (2000), earned him international critical acclaim at numerous festivals, including Toronto and Sundance, and won the 2001 British Academy of Film and Television Arts (BAFTA) award for "Most Promising Newcomer in British Film."

In 2004 became Creative Arts Fellow at Oxford Brookes University, following a major grant from the Arts and Humanities Research Board. Pawlikowski will spend three years at the University, undertaking research into the realist genres of contemporary film-making in Britain, and interacting with staff and students on the University's new degree in Film Studies. 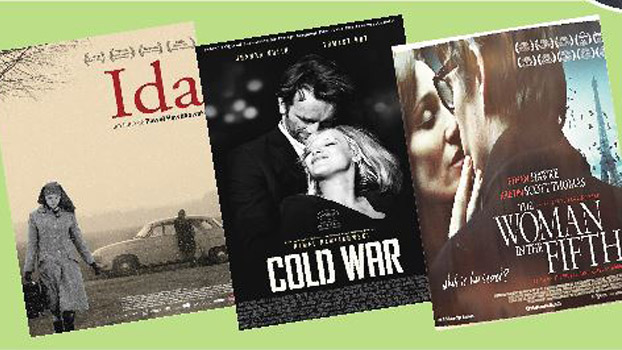 While studying at Oxford University, he met his professor's wife Halina Wolinska-Brus. He thought she was a very kind funny old lady. As it turned out though, that Polish immigrant had been after the war a brutal Stalinist prosecutor, who had been sentencing many innocent people with death penalty. Wolinska-Brus was later used by Pawlikowski as a prototype for the character of Bloody Wanda in his movie "Ida".

His paternal grandmother was Polish-Jewish and died in Auschwitz. Pawel learned about it from his father as a grown-up. This must have been a shocking news for him as he had been baptised and raised Catholic by his deeply religious mother.

His mother was Catholic and worked as an English teacher at the University of Warsaw. His father worked as a doctor and was a Polish-Jewish atheist and patriot who taught him respect for Polish history. Soon after the parents split up, his father was forced to leave his beloved Poland due to antisemitic cleansing of 1968. At first, he went to Austria, and then moved to Germany where he would later reunite with Pawel's mother. Meanwhile, in 1971 Pawel moved with his mother abroad. He lived briefly in Germany, Italy and France. However, he's spent most of his life (nearly 30 years) in England.

His wife was a Russian immigrant pianist who was diagnosed with severe cancer in 2006 while he was busy working on "The Restraint of Beasts". When Pawel learned about his wife's terminal illness, he abandoned the project and stayed with her until she died. He quit directing for 5 years to take care of their children until their graduation.

Member of the 'Official Competition' jury at the 72nd Venice International Film Festival in 2015. The jury chose From Afar (2015) as the winner of the Golden Lion.

Head of the 'Official Competition' jury at the 59th BFI London Film Festival in 2015.

Chairman of the 'Official Competition' jury at the Reykjavik International Film Festival in 2005. The jury chose The Death of Mr. Lazarescu (2005) as the winner.

‘His Ida’ (2013) was the first Polish movie to win the Academy Award for Best Foreign Language Film.