David Fincher, in full David Leo Fincher, (born August 28, 1962, Denver, Colorado, US), is one of the most acclaimed film directors working today. He is known for his stylish movies, which usually trended toward the dark and atmospheric.

Fincher was raised in San Anselmo, California, where he became interested in movies at a young age, in part because he was a neighbour of filmmaker George Lucas. He began making films at the age of eight with an 8mm camera. After turning 18, Fincher went to work for John Korty at Korty Films. In 1983, he was hired by George Lucas’s special-effects company Industrial Light & Magic where he worked on productions for ‘Twice Upon a Time’, ‘Star Wars: Episode VI — Return of the Jedi’, and ‘Indiana Jones’ and the ‘Temple of Doom’ in the visual effects department. He left the company in 1984 to direct a commercial for the American Cancer Society, showing a fetus smoking a cigarette, which quickly brought him to the attention of producers in Los Angeles and brought him more work and quickly led to a successful career as a music video director. He made some of the most iconic music videos of the 1980s and ’90s. Thus, David went on to work with some of the world’s most influential artists such as Madonna, Michael Jackson and The Rolling Stones.

He worked for Madonna’s ‘Express Yourself’ (1989) and ‘Vogue’ (1990), as well as Aerosmith’s ‘Janie’s Got a Gun’ (1989)—which were noted for their pronounced cinematic qualities, such as elaborate sets and deft camerawork. Through directing music videos, Fincher began to develop his own style more and more.

He’s directed iconic ad campaigns for Nike, Adidas, Motorola, Heineken and Siemens (among others) and continues to shoot commercial work in between feature projects, his latest being for Gap.

Fincher made his name with dark and stylized thrillers such as ‘Seven’, ‘Fight Club’, ‘Panic Room’, ‘Zodiac’, and ‘The Girl with The Dragon Tattoo’.

David is one of the most revered commercial, music video and feature film directors of a generation. Set on a career in directing, he joined Propaganda Films, a hotbed for new directors to cut their teeth.

He is executive producer and directed the first two episodes of the multi award winning Netflix series, ‘House of Cards’. With only a handful of credits tucked under his belt, wunderkind prodigy David Fincher became one of the most celebrated artists to scale the heights of Tinseltown during the late '90s and early 2000s.

In 1992 Fincher made his feature-film directorial debut with ‘Alien 3’. The movie had a troubled production, and it did poorly both critically and commercially. The experience soured Fincher on big-budget film franchises, and his next movie was the relatively small-scale thriller ‘Se7en’ (1995), which revolves around two detectives (played by Morgan Freeman and Brad Pitt) searching for a serial killer (played by Kevin Spacey) who bases his murders on the seven deadly sins. The moody ‘Se7en’ earned positive reviews and was a box-office success, establishing Fincher as an up-and-coming director in Hollywood circles. He then made ‘The Game’ (1997), in which a financier (Michael Douglas) gets caught up in a dangerous game of cat and mouse after receiving a mysterious birthday present from his wayward brother (Sean Penn).

A perfectionist behind the camera, Fincher became known for his proclivity to shoot a scene numerous times—sometimes more than 50 takes even for a relatively minor shot. His demanding nature resulted in films with great visual flair, including his 1999 work, ‘Fight Club’ (starring Pitt and Edward Norton), which centres on a disaffected white-collar worker who establishes a series of underground fighting organizations. That film doubles as a sardonic exploration of self-identity and masculinity. A box-office disappointment in its theatrical run, ‘Fight Club’ became a cult sensation on home video, where it developed a devoted following. Fincher then made ‘Panic Room’ (2002), the tale of a mother (Jodie Foster) and daughter (Kristen Stewart) who fight off a harrowing home invasion.

It was five years until Fincher’s next feature film, ‘Zodiac’ (2007), which recounted the murders of the ‘Zodiac’ killer and the ultimately futile attempt to capture him. A marked departure from his previous films, ‘Zodiac’ contains little of his signature dark colour palette, gloomy urban settings, and disorienting camera angles. Instead, the film is a stylish and tense procedural told in a straightforward manner that evokes the classic paranoid ‘Whodunits’ of the 1970s. 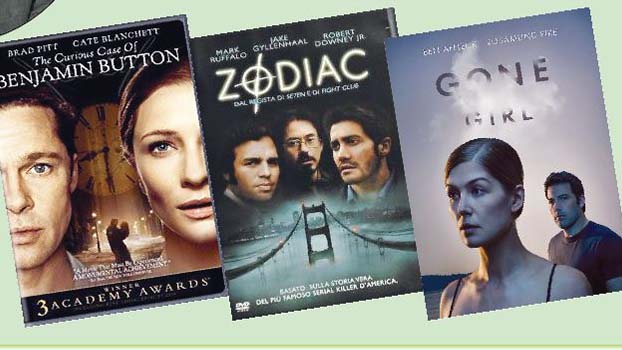 Fincher continued to broaden his range, directing ‘The Curious Case of Benjamin Button’ (2008), an adaptation of an F Scott Fitzgerald short story about a man (played by Pitt) who ages backward. Although it was not as widely critically acclaimed as ‘Zodiac’, the film did earn Fincher his first Academy Award nomination for best director. He then helmed ‘The Social Network (2010)’, a portrait of Facebook founder Mark Zuckerberg’s rise to power. The film was hailed by many critics as a 21st-century analogue to Citizen Kane, and Fincher won the best director Golden Globe and was nominated for an Academy Award.

Fincher returned to a focus on sordid crime with ‘The Girl with the Dragon Tattoo’ (2011), a sleek adaptation of Stieg Larsson’s best-selling novel about the investigation of an unsolved murder. He then served as an executive producer of the political drama ‘House of Cards’ (2013–18), an episodic series that was created for Netflix and distributed via the company’s online streaming-video service. Fincher also directed the program’s first two hour-long episodes and won an Emmy Award for his work on the opening episode. He then directed a big-screen adaptation of author Gillian Flynn’s best-selling thriller novel ‘Gone Girl’ (2014), about the mysterious circumstances surrounding a woman’s disappearance. His next project was the Netflix series ‘Mindhunter’ (2017), about the first criminal profilers at the FBI; Fincher directed several episodes of the show and served as executive producer.

However, dark subjects and visual meticulousness belie Fincher’s overlooked secret weapon: his ability to connect with actors on a human level to draw out authentic and defining performances.

This humanity, this messy warmth, doesn’t simply transcend Fincher’s bleakness and robot-like technical rigor: it exists because of it. That’s the genius of David Fincher films.