Not only Covid-19, stress too killing expatriate workers 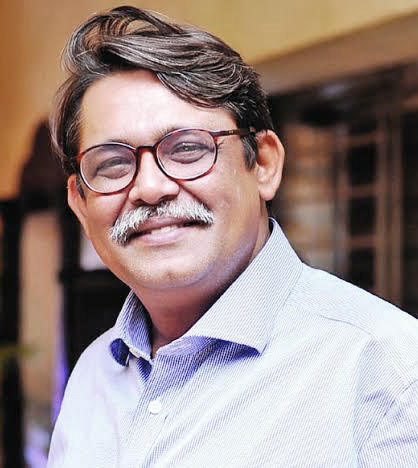 One of the worst outfall of COVID-19 is the fate of Bangladesh’s expatriate workers, who are not only dying from COVID-19, but also due to stress.

Many still in their host countries awaiting repatriation home are faced with a dual dilemma --- will returning home means permanent unemployment and how to feed their families without a job.

A number of my Facebook friends from the expatriate labour communities have suffered either from the pandemic and spent time in hospitals, while others were being treated for extreme stress.

Many, according to them, died of stress –linked cardiac arrests which were not reported by the media.

Shabuj Razzak, a resident of Saudi Arabia for nearly two decades, was desperate to return home after falling sick with COVID-19, but what happens then?

He told this author by telephone that the treatment was “superb” in a hospital and in post-treatment quarantine.

However, he is stressed that once back home what will be his means to earn a living.

There are thousands more in other countries like Bahrain and the United Arab Emirates (UAE).

Let us not forget the contribution

of our expatriate workers to our

mega-projects and extend them

the due respect with a dignified life.

They said some who had not been abroad for work for long have no savings as they have been spending for their own and families survival, besides paying up to manpower agents.

Indeed it is a good news that Foreign Minister //// has asked their host countries not to sack them and reemploy once the health crisis is over, besides arranging their repatriation.

Momen told this author that he had left no stone unturned in making the host countries to be considerate and humane towards Bangladeshi expatriate workers, but the response was not a happy one.

As I write this, the UN Migation agency, IOM, has governments to focus on the plight of the dependants of these migrant workers.

In 2019, US 18.32 billion dollars was remitted to Bangladesh, the third highest recipient of remittance in South Asia by some one crore Bangladeshi migrants.

They also deserve our standing ovation for giving their “muscle power” in simultaneously developing two countries = the country of origin and the country of destination. Yet, we see these men and women are being sacked or sent home many empty hands.

In the Middle East, many workers have also died of corona virus mainly because of the cram living conditions.

What hurts is the fact that at a time when they needed the wages to support themselves as well as their families, employing countries dumped them ruining their lives for no crime they committed.

Bangladesh has sent more than 6.7 million workers to over 140 countries since its birth in 1971. Most of these workers migrate to work in Middle East and Southeast Asia, sending back home approximately 15,000 billion dollars annually.

Many in Bangladesh feel that the Middle Eastern and other Muslim-majority countries should stand by these migrants many of whom take up risky work which others refuse to do in helping the development of their host countries.

It appears that these countries are also being ungrateful to our workers because they play a vital role of national development, both economic and infrastructure up-gradation.

Media reports have said Bangladeshi workers in some places were going hungry and facing the hardest time of their lives.

The Amnesty International has recently said that the “Gulf countries are highly dependent on migrant workers in almost every major sector ... and yet that have utterly failed to protect migrant workers, and treat them with dignity and respect they deserve.”

Sixteen Bangladeshi civil society organisations have appealed to the UN Secretary-General Antonio Gueterres to ask the destination countries to shelve their policies of deporting migrant workers amid Covid-19 pandemic.

Expressing their concern about pressure from destination countries on the countries of origins governments to take back these helpless migrant workers who are undocumented and in jails, they said "Under international law in any crisis situation, it is incumbent upon the state concerned to take care of all people in its land including migrants, irrespective of their status.

It also appealed to the UN secretary general to ask international financial and development partners to create a global fund under the auspices of the UN to support the countries of origin in the rehabilitation of the returnee migrants who are falling back into a “razor edge” situation.

The proposal to create a global fund must be seriously considered and be fed with maximum financial support.

Back at home, the government has created a fund for the unfortunate lot, along with a Taka 700 crore low-interest loans for starting new businesses, but it must be ensured the right people got the aid or their families. Otherwise, we face a grim situation which could spark social unrest.

The question that will never be answered is that who will take the responsibilities of deaths due to stress or suicides.

Let us not forget the contribution of our expatriate workers to our mega-projects and extend them the due respect with a dignified life.

Nadeem Qadir is a senior journalist and a UN Dag Hammarskjold Fellow in journalism.

What throws a monkey wrench in trade talks

Can Germany lead the way in climate neutrality?

Trump isn’t impeached until the House tells the Senate

Ban on Azhar and beyond

A vision for protecting the world’s oceans