No alternative to tobacco control for building a healthy nation 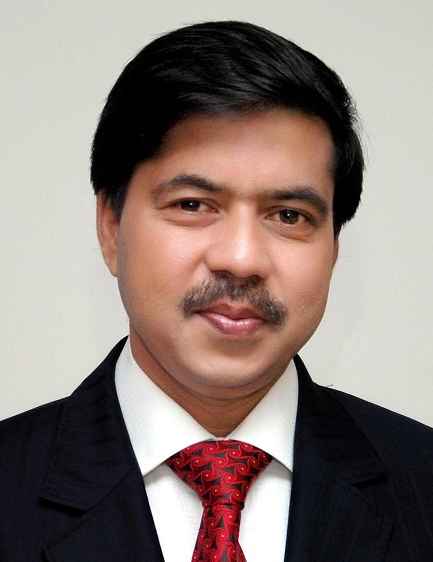 During the COVID-19 time, tobacco related issues have come forward with serious note. According to the World Health Organization (WHO), smokers suffer 14 percent more complications in post-COVID situations. As the Members of Parliament, we have been fighting against tobacco for a long time. We believe, there is no other option except controlling tobacco to ensure good health for all citizens of Bangladesh and amending the Tobacco Control Law has become more of a necessity in this regard.

Following the signing of the World Health Organization's (WHO) Framework Convention on Tobacco Control (FCTC) in 2003, this government amended the existing tobacco control law in 2013 and passed the rules of law in 2015. Not only that, FCTC has already been included in the Seventh, ‘Five Year Plan’ to meet the SDGs. As a result, tobacco control activities have been integrated with mainstream development activities. The success is tremendous. Tobacco users have decreased 18.5 percent in 2017 than 2009. But new challenges came up over the time. So, it’s necessary to amend the law.

According to the Global Adult Tobacco Survey 2017, more than 3.75 million of people use tobacco in Bangladesh. More than 4o millions of people are victims of secondhand smoke at home. Some 8.1 million of people are victims of secondhand smoke at the workplace and 25 million of people on public transport. Smokeless tobacco (Jorda, Gul) are one of other concerns here, where women are most affected. More than 8.6 percent of women than men use smokeless tobacco in this country. Joint Research by Bangladesh Cancer Society and Dhaka University titled, ‘The Economic Cost of Tobacco Use in Bangladesh: A Health Cost Approach’ said, nearly 126,000 deaths accounting for 13.5 percent of deaths from any cause in Bangladesh in 2018. Approximately 1.5 million adults were suffering from diseases attributable to tobacco use and nearly 61,000 children were suffering from diseases due to exposure to secondhand smoke. The estimate of the direct healthcare costs attributable to tobacco use amounted to BDT 83.9 billion annually, 76 percent of which was paid by tobacco users’ households and 24 percent was financed through the public health sector budget, representing nearly 9 percent of total government health expenditure in the fiscal year 2018-19. The question is, what do we want in the amendment of law on tobacco control? We want the amended law to be finalized according to WHO’s FCTC guidelines. There are six proposals here:

1: Remove the exemptions in the smoking ban for restaurants and public transport. 2: Ban the display of tobacco products at point of sale. 3: Ban ‘Corporate Social Responsi­bility’ activities of tobacco companies. 4: Ban the sale of single sticks and unpackaged smokeless tobacco. 5: Ban the sale and import of E-Cigarettes and heated tobacco products. 6: Allow for stricter rules on packaging including increases to the size of health warnings.

Members of Parliament have many more to do regarding this. As the elected representatives of people, we must take necessary steps to implement the WHO’s FCTC at the relevant level. Initiatives should be taken at our respective area to make tobacco free. Everyone’s participation must be ensured. Hon’ble Parliamentarians need to speak for amending the Tobacco Control Law in the Jatiya Sangsad Session. According to the WHO’s guideline, laws have to be amended after every five years. We have already passed the condition. We need to coordinate with experts to take initiatives on what kinds of policies, strategies should be formed. The National Budget has to be against tobacco.

A proposed amendment of law can be drafted. Separate programs may be adopted for groups that are at risk of using tobacco and tobacco products. Lastly, the Ministries of Health, Industry and Finance must work together to protect the harmful effects of tobacco and its socio-economic resources.

We are already working to amend the Tobacco Control Law. An informal committee has been formed titled as ‘Bangladesh Parliamentary Forum for Health and Wellbeing’ at the Jatiya Sangsad.

The Forum is to facilitate knowledge exchange among parliamentarians on health-related issues. The forum is going to hand over a letter signed by 153 MP’s demanding amendment of the Tobacco Control Law to the Hon’ble Minister of Health soon.  We are very hopeful we will win the anti-tobacco campaign.

Proper fire safety protocols should be made mandatory

The resurrection of a phoenix bird

Right to information and digital security in these troubled times

Promise of messenger RNA vaccine: Will it treat other diseases too?

How to tackle dishonesty among students

Innovation: The front line of the new great power competition

Hasina -Mujib fought for identical cause