Economists have long told us registered retirement savings plans are not a free lunch. Yes, you get a tax return when you put the money into your RRSP, but as every retiree knows — and I, unfortunately, will soon find out — you have to pay taxes when you make a withdrawal. To use the technical term that Financial Post editors apply, RRSPs are about tax deferral, not tax avoidance.

That’s essentially how (non plug-in) hybrids work. Unlike a PHEV, which gets energy from an outside source — the 110/220-volt charger wired into your home network— a typical hybrid is a closed loop energy system: Whatever juice its small electric battery sends to the wheels must be recouped from, well, those very same wheels.

Essentially, a hybrid’s electric motors act like little electric superchargers. Hybrids typically have less powerful — and hopefully more frugal — gas engines, their electric motors a “supplement” to internal combustion. The very best allow some modest “electric-only” operation, but with their typically small batteries — the Escape’s but a 1.1 kWh — electric range is minimal. 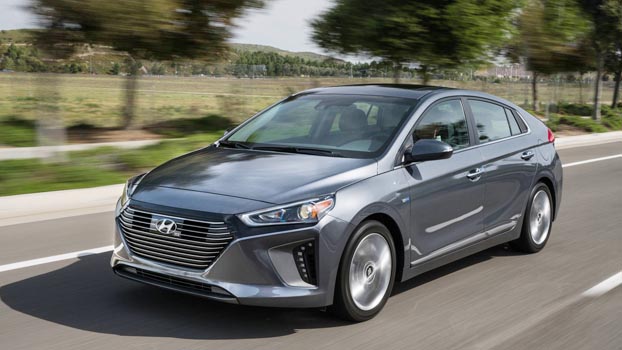 More importantly, they can handle extra loads when power demands are at their highest — accelerating from a standstill, passing, and climbing a hill, etc. — reducing the load on the internal combustion engine, but they must always recoup it later. Non plug-in hybrids are a zero-sum game; whatever energy is transferred from the battery to the car must, in fact, be recovered from the car.

That’s why hybrids are exactly like RRSPs. To work efficiently, you pull energy from the battery when the gas engine is at its least efficient — akin to paying taxes when you’re in the top snack bracket — and then return said free electrons when the ICE is at it most efficient (and you’re payingbut a fraction of the government’s ransom).

The energy saved — in other words, the gasoline you did not consume — is the difference between the consumption when the gas engine was at its most gluttonous and when it was at its most frugal.

All the benefit of a hybrid is in urban driving

Internal combustion engines are at their most miserly at constant speeds. Conversely, they are their least efficient in stop-and-go traffic. That’s why hybridization posts its biggest gains in city driving; with the ICE operating so inefficiently and plenty of opportunity — i.e. regenerative braking — to recharge the battery, there’s plenty of benefit to supplementary electrification.

Essentially, as mentioned previously, the battery kicks in under heavy load and then recharges when slowing down, the polarity of the electric motors reversed so that braking, or even simply coasting, sends free electrons to the battery. 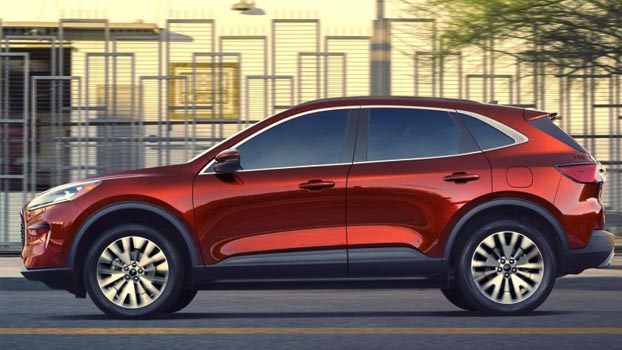 The reason this came up while driving the new Escape is that Ford provides a handy-dandy little readout illuminating the benefits of hybridization. Besides the standard fuel economy readout (the Escape averaged about 7.5 L/100 kilometres in our test, regardless of whether it was driving in the city or on the highway) and trip meter, the Escape’s digital gauge set also delineated how many “electric” kilometres the little Ford had squeezed out.

Pointing to how efficient hybrids have become, the Escape regularly claimed that more than a third — say 85 or 90kilometres out of a 240-klick day — were “electric” while stop-and-go’ing in dense Toronto traffic. A little rudimentary math — comparing the regular and electrified Escape’s fuel economy and then factoring in Hybrid is operating electrically at least one-third of the time — reveals that virtually all of the Hybrid’s fuel economy improvement in town is due to electrification and not because its Atkinson-cycle 2.5-litre four-cylinder is any more fuel efficient than base model’s gas-only powertrain. For those trying to do the math themselves, multiply the base model’s 27 U.S. mpg EPA rating by 1.5 or 1.6  — the equivalent of all those “electric” miles — and you’re almost spot on the Hybrid’s 43 mpg rating. Unfortunately, the same doesn’t apply on the highway

The benefits of hyridization are markedly less on the highway. Indeed, on one long, particularly flat portion of Ontario’s 401, the Escape barely record two “electric” kilometres out of every hundred (and most of those when the adaptive cruise control system would slow the little crossover for traffic). With speed seldom deviating from a steady 120 km/h, the Escape’s electric motors were seldom engaged, either to add power into the system or to return energy to the battery.

A little more simple math — using the same formula above — reveals that the paltry two per cent of the time the hybrid system is engaged can’t account for the difference between Hybrid and base model fuel economy: 37 mpg versus 33.

In other words, unlike in city driving where electrification is the main reason for the HybridizedEscape’s comparative frugality, on the highway, it’s Ford’s decision to equip the Hybrid with an Atkinson-cycle ICE — and its delayed intake valve closing — that accounts for at least some of the increased fuel economy gain on the highway.

A couple of final points

A few readers in the past have contended that there is more to a hybrid’s increased efficiency that this “buy low/sell high” consumption of energy is too simplistic an explanation, that somehow their Prius’ batteries magically pump out power beyond their meager kilowatt-hours. A little reality check, then: The 2020 Escape Hybrid’s battery fields but 1.1 kWh.

Typical EV efficiency sees every kWh of lithium-ion worth about five kilometres of electric-only range. On its best day, then, the mildly-electrified Escape could manage only about 5.5 klicks of gasoline-free motoring. After that, for there to be any more emissions-reducing electrification, the battery must be recharged, and since the current Escape Hybrid has no provision for plugging in, the energy to recharge must come from within; either regenerative braking or the gas engine itself on over-run.

To think otherwise is to believe we have invented the perpetual motion machine, and — sorry, Musk fans — even Lord Elon has yet to find a way to repeal the laws of physics.

And finally: Yes, I have simplified both the technology and the mathematics of hybridization in this discussion. One could, for instance, make the argument that, on hilly roads, the Escape’s hybrid system would be more engaged than the trip meter indicated. Nonetheless, the argument remains that, just like RRSPs — and you contributed again this year, right? — hybridization works by reducing taxes when you are making too much and paying them when you can better afford to. And, just like saving for your Golden Years, it’s a good idea.

Oil posted the longest run of weekly gains since April

Number of US active drilling rigs decreases this week