Looks from the 2019 Venice Film Festival

The 76th Venice International Film Festival began on Wednesday and stars including Brad Pitt, Martha Hunt, and Sofia Richie have already flocked to the prestige event. Until September 7, it will be the destination for fresh-off-the-gondola fashion statements. Film director Lucrecia Martel was appointed as the President of the Jury. The Truth, directed by Hirokazu Kore-eda, was selected to open the festival.

The festival is organised by La Biennale di Venezia, and runs at Lido di Venezia. The Festival is officially recognised by the FIAPF (International Federation of Film Producers Association). 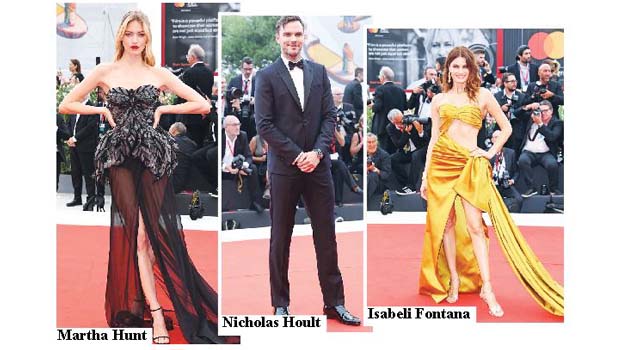 The aim of the festival is to raise awareness and promote international cinema in all its forms as art, entertainment and as an industry, in a spirit of freedom and dialogue. In addition to the sections mentioned in the following paragraphs, the festival also organises retrospectives and tributes to major figures as a contribution towards a better understanding of the history of cinema.

Two held with 399 bottles of Phensidyl in Phulbari