Jammu and Kashmir- on the path of socio-economic development

It has been a year since the abrogation of Article 370 of the Indian constitution that led to the complete integration of Jammu & Kashmir (J&K) with the rest of the country. Since then, the people of Jammu and Kashmir have started enjoying equal rights like any other Indian citizen. Single citizenship, right to education for children, extension of right to information to J&K are some of the key highlights of this landmark decision. As one could see, this is a new reality in the making in Jammu and Kashmir, a reality driven by economic development, social progress and gender justice. It´s future is based on freedom from intimidation and fear of terrorists. Hence, it is right to say that 5th August is a historic day that saw the removal of obstacles in the socio-economic development of the J&K.

During the last one year, a broad development agenda is being implemented in J&K. From energy to education, health to horticulture, IT to infrastructure, sports to tourism, J&K has witnessed prosperity and development. Massive infrastructure projects including high speed rail connectivity to the national capital, was implemented in J&K. Indian Railways is successfully executing the much expected Udhampur-Srinagar-Baramulla Rail Link (USBRL) project and this project, once completed, can become a big change for J&K. Special incentives are given to tap the potential of the vibrant floriculture sector of J&K and it recorded more than 3/4th of the country´s apple production. Considering the importance of the handloom and handicraft industry, the state’s oldest traditional cottage industry, handicraft promotion was given focus, 38 leading craft exporters from J&K participated in the Virtual Edition of 49th Indian Handicrafts and Gifts Fair. Since 14 July, 2020, the J&K government has opened tourism in a phased manner. J&K Bank has scaled to the fourth position among all the banks in India in achieving targets in digital payment transactions. 168 MoUs for Rs 13,600 crores (1800 million USD) worth were signed. In the last one year, J&K administration has made commendable progress in the spheres of education, health, power and land reforms with special focus on providing education, training and job opportunities to its youth. 10,000 new job opportunities for youngsters at various levels; 50 new degree colleges offering a total of 25,000 seats; operationalization of seven new medical colleges with 1,400 extra medical/ paramedical seats, five new nursing colleges and one state cancer institute are worth mentioning. The Union Territory of Ladakh is also witnessing an overall development with roads and bridges along with plans to showcase it as a big tourist place in India. Expansion of the Leh Airport in Ladakh is also in the agenda and Ladakh to be developed as a Carbon Neutral Union Territory.

While the Indian government is focused on accelerating developmental process in the valley, to fulfill the hopes and aspirations of the people of J&K, cross-border terrorism against India continues to affect development in the valley. Anti-militancy operations in J& K have been intensified and in this year alone, over 130 militants including top commanders of terrorist outfits were neutralised by our armed forces across the Valley. Militancy is now on the back-foot. Impetus is also given to fast track the improvement of the infrastructure in the border areas in an effort to ensure smooth and easy movement of the forces. 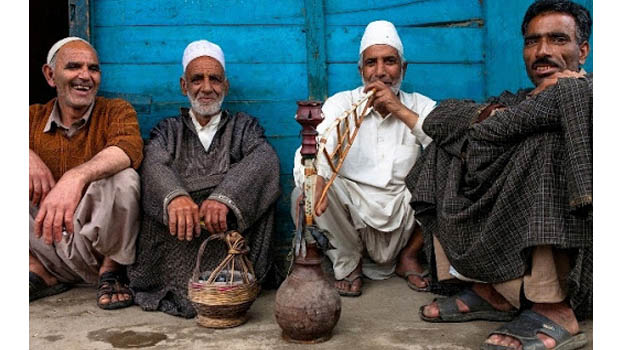 To conclude, post abrogation of Article 370, J&K is on the trajectory of peace and prosperity. It is also re-iterated that Jammu & Kashmir has been, is and shall continue to be an integral part of India. Issues related to J&K are internal matter to India and in this regard, India’s sovereignty and territorial integrity needs to be respected.

US support to tackle terror financing to continue