Is the US really reaching out to Pakistan ? 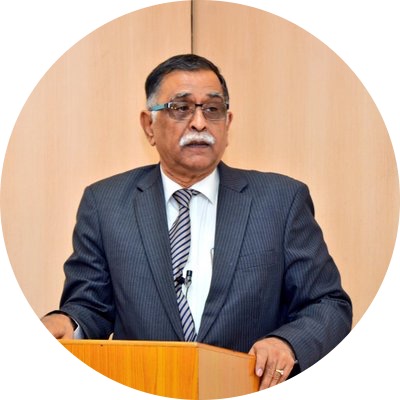 There are mixed signals from Pakistan and the US as well whether the latter is trying to send overtures to the former of alluring military bases on the Pakistan soil for the Americans to deal with the hostile forces active in Afghanistan. Such a confusing scene seems to be emerging as the reports emanating are conflicting with Pakistan in a complete denial mode while the US is gesticulating that the matter is open and under active consideration. Judging from an objective point of view after factoring all the pros and cons, it would appear that the US is surely trying to woo Pakistan as it feels it could be a useful strategic partner to neutralise the anti-American terror groups in Afghanistan who are expected to pose a great threat after the complete withdrawal of the US forces on the Afghan soil.

In this context, it would appear pertinent to highlight the views of the Pakistani Foreign Minister, Shah Mahmood Qureshi, who while speaking at a meeting on ‘Israel’s systematic assault against Palestinians in Al Aqsa mosque” on May 25. The Minister was categorical in stating that no US bases to be allowed in Pakistan for any Counter Terror (CT) operations in Afghanistan. He even ruled out any US use of drones operating from Pakistan. His tenor, as always, was more for domestic consumption, possibly for the anti-American quarters within Pakistan and Afghanistan, than for the ears of the US. This said, Qureshi is also known for his quick backtracking as seen in a number of occasions.

On the other hand, US Secretary of Defence, Lloyd Austin of late has been in touch with the Pakistan Chief of the Army Staff, Gen Qamar Ahmad Bajwa often describing the ‘usefulness’ of a US-Pakistan strategic partnership. Meanwhile, the US Department of Defence has recently said that the US is keeping various options open in its plans for starting bases in Pakistan terming the plans as potential options. Significantly again, the US Assistant Secretary of Defence for Indo Pacific affairs, David F Helvey  claimed  recently before the Senate Armed Services Committee that Pakistan has allowed the US to have overflight and access to be able to support the US military presence in Afghanistan. In the same vein, Pentagon Press Secretary, John F Kirdy averred that though it’s still premature to say something categorically on the bases’ issue, diplomatic discussions between the US and Pakistan are still on. Contradiction once again which can be seen from the May 25 statement of Pakistan Foreign Office spokesperson Zahid Hafeez Chaudhry made before the media that Pakistan has no plans whatsoever about allowing any military base in Pakistan. He further gave out that these are all mere speculations, baseless and irresponsible which need to be best avoided.

In yet another important development on US-Pakistan perceived warming up of relations and attempts to change equations, Pakistan’s National Security Advisor, Dr Moeed Yusuf met his US counterpart, Jack Sullivan at Geneva on May 23, away from any glare, ostensibly to beef up relations between the two. This is also seen as an attempt to reach out to the US, possibly for reversal of Ex-President Donald Trump’s policy of ignoring Pakistan and stopping all security assistance . At the quiet meeting between the two NSA’s in Geneva, the newly appointed full-fledged NSA of Pakistan, Dr Moeed Yusuf presented a ‘Pakistan Plan’ to Sullivan. This plan is said to be a paradigm shift from the hitherto security or defence specific but as per the new thinking, touches upon business, economy, investments, climate change, IT, energy, technology etc. The stress on the relationship, therefore, is now on geo economic than geo strategic. This policy shift, according to Pakistan based experts, has the blessings of the civilian and military leadership. In this context, it may be recapitulated that in March this year, an apex body under the leadership of Foreign Minister SM Qureshi was formed with representatives from the ministries of Commerce, Human Resource, Power etc. to focus on priority areas via a vis cooperation with the US. Plans are afoot, according to the new blueprint, that an America-Pakistan Economic could be set up near the Karachi port. Pakistan finds the US as it’s largest market for exports. Dr Moeed is likely to visit the US in the near future and take the plan forward to firm up the ambitions.

Judging from the unfolding of the events in the last week, there are conflicting indications about the allowing or negating the US military bases in Pakistan. Yet, it is becoming increasingly clear that the US is in a wooing mood to utilise Pakistan hence these overtures. Reacting on the developments, the sceptics, however, feel that it will not be as easy as it looks on the surface in part of Pakistan to respond favourably to the US overtures. This is because of the China factor. China, uneasy with the US proactive role in Quad, may not easily accept any thaw between US Pakistan ties. As an all-weather ally of Pakistan, China is cautiously watching all these developments and is unlikely to be a mute spectator. Its reaction will be known only with the passage of time and how things shape up between the US and Pakistan. Similarly, Russia too is not expected to take kindly to any substantial tie up of Pakistan and the US.

Shantanu Mukharji is a security analyst and a former National Security Advisor to the Prime Minister of Mauritius. Views are personal.

Why is India upset with UK’s vaccine-linked travel curbs