Is moral degradation the reason behind violence in society? 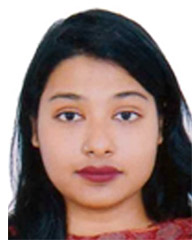 The two characteristics that we noticed in the French during the eighteenth century were the compromise of values and imperatives. Although the situation in the Indian subcontinent was not comparable to that of France in contemporary times, it cannot be said that the values practiced in this subcontinent at that time were not practiced in France too. Now, that situation is no longer there. In this case, our situation has come down to more precision which has weakened and questioned the characteristics of the independent-sovereign state and civil society.

Ethics or morality refers to the norms of conduct that distinguish between acceptable and unacceptable behavior. People learn ethical norms in various social settings. Since human life goes through different stages along with increasing maturity, the sense of understanding right and wrong is acquired from childhood. Ethical norms are so omnipresent that one might regard them as simple common sense. On the other hand, if morality were nothing more than common sense, then why are there so many ethical dilemmas and issues in our society?

Where has humanity gone? Where has social ideology gone? Principles, conscience all are being questioned today. In broadcast and print media they highlight the cases of rape and other crimes very often. Human society has become accustomed to it with the passage of time.

It was thought that criminal activities are done or practiced by people who are suffering from poverty. Now, the upper class, middle class and poor people are all involved in crime. The data shows that people of all classes are now being subjected to hate and anti-social crimes such as rape. Rape is occurring one after another, in vehicles, in garments, in factories etc.

According to statistics of Bangladesh Mahila Parishad, more than a thousand women and girls have been raped. Observing the news of six national dailies, the organization stated that three types of rape were commonly reported in 2016. Rape, gang rape and murder after rape.

Wealthy, powerful law enforcement agencies, transport workers are involved in rape. Rape is now seen as a common and normal disastrous phenomenon in society. No one is safe from it in the current social condition.

In order to find out the reason why rape is taking place in Bangladesh, some issues can be discussed in the crime scientific curriculum. Criminologists from different points of view have been able to determine the cause of the crime. Such as: biological view, psychological vision, economic view and geographical view.  From the institutional and theological perspectives, the cause of crime can be ascertained.

Renowned psychologist Sigmund Freud reports that people are guilty of incompatibility between ego and super ego. Ego is the essence of the human characteristics which invites the human mind in various ways to fulfill its desires.  Ego reminds people about social reality and customs. And the Super Ego is the aspect of the disorder that controls the overall behavior of the individual.

A person who is actively involved in ego and superego can never commit a crime.  Besides, if ego and super ego fail to control human instincts, then it is not a crime committed by that person. A rapist can never control himself and never try to ban social norms when it comes to crime. The person becomes a rapist because of his failure to establish control over his behavior.

There are also a number of psychological factors such as jealousy, inferiority, frustration, selfishness and ideological conflicts, which can lead to negative events such as extortion. If the cause is searched for the last few rape cases, then it can be seen that the perpetrators have committed rape for any of the aforementioned things. Criminals often feel inferiority complex. Particularly because of physical defects, incompetence, disability etc. they get involved in nefarious crimes.

There is a theory that criminal behavior is the result of social learning. Social education refers to the education of a boy or a girl growing up in society knowing social structure and norms. Social education is very important in any person's life but the mind plays a huge role in making one self-sufficient.

The main task of the religious institutions is to educate the boys to reinforce their belief in the Creator's commands, prohibitions, etc. and to practice accordingly.  No religion offers shelter to crime and criminals. So it can be said that the religious institutions of our society are failing to fulfill their responsibilities. If that had not failed, the number of horrific crimes such as rape and terrorism would not have increased in society. The main task of educational institutions is to awaken the conscience of boys and girls. The students should be aware of their responsibilities.

In this regard, those who are affiliated with the organization have to be informed about the qualifications, duties, etc. Therefore, if institutions can perform their duties well, then the students would not be able to get involved with any crime that is disingenuous and gross. We must have a zero tolerance policy for serious social offenses like rape to wipe them out from society forever. There should be no concession on rape, just as the government has followed zero tolerance policy against drugs, militants and terrorism.

Again, the law by which the offender can be properly punished is not acceptable.  This culture of irrationality is creating adverse reactions among the common people. The suspicion among them now is that the scope of justice is being limited by the law.

The result of this is that people of one category are catching criminals in mass shootings, fearing that another category will be disturbed, and they do not go away because of their indifference to the law and order.They do not protest even when the crime is committed. Thus, a kind of culture of protest is evolving in society. Its ugliness is now being revealed through a series of events that have taken place.

Is it possible to protect family and social values from unending disruption and instability? Salvation can be achieved by being empathetic and tolerant of human beings, solidifying the basis of morality, not tolerating wrongdoing. In this case, the responsibility falls on the government. If the government is sincere in establishing good governance and giving it the highest priority, then the discipline in the society will come back automatically.

About five million people are part of our youth. The youth are crucial in developing our country. We have to educate them, train them and help them become qualified. We cannot make the youth population skilled and competent with just basic education. Similarly, apart from general education, the government is working to create humanity and values.

Education Minister Dr Dipu Moni said, "The present government has taken various projects in the field of higher education besides allocating the highest budget to education." At the time, the education minister urged the students to create exemplary lives of human values far away from drugs, terrorism and militancy. She also added, “When we talk about the promotion of education, we have taken the efforts of curriculum along with the students to instill values in humanity, morality, patriotism, honesty, duty and sincerity”.

Wadia Darothi is a third year Honours student at the Department of English, University of Dhaka .

Reversing the death of Venice

Europe has learnt how to deal with Washington