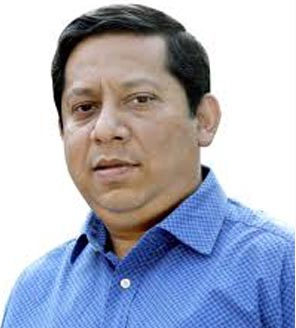 Seeds of the Indo-Bangla relations were sowed during the liberation war of Bangladesh in 1971. During the nine months of our liberation war, India not only provided shelter to millions of our people, who fled to escape atrocities of unprecedented magnitude and war crimes committed by the occupying Pakistani armed forces and their local collaborators, but also the Indian servicemen fought side by side our Mukti Bahini.

India was also beside Bangladesh during the post-war reconstruction. In March 1972, during her first official visit to the newly liberated Bangladesh, the then Indian Prime Minister Srimati Indira Gandhi expressed India’s desire to see Bangladesh grow as a self-reliant neighbour.

Additionally, she categorically clarified that the basis of Indo-Bangla relationship was built on equality and mutual benefit for the two sovereign nations.

In the past four decades, Indo-Bangla relationship has witnessed roller coaster ride. From an exceptionally warm and cordial relationship during Bangabandhu’s tenure (1972-75) to that of military dictator Major General Ziaur Rahman’s regime (1975-81) filled with feeling of suspicion and mistrust.

This was followed by the tenures of another military dictator Lieutenant General Hossain Mohammad Ershad (1982-1990) and then autocratic regime under Khaleda Zia (1991-96 and 2001-2006). During these tenures, despite the apparent sweet coating on the surface, the two country’s enjoyed sour and tensed relations.

The bilateral relationship went to higher levels steadily ever since Hon’ble Prime Minister Sheikh Hasina took to office first in 1996 and later on in 2009 till date. Some of the landmark decisions have been taken since then. Ganges Water treaty was signed in 1996.

India’s adherence to the verdict of the International Court of Justice (IJC) on the delimitation of the maritime border favouring Bangladesh in July 2014, led to India willingly giving away 19,467square kilometres to Bangladesh in the Bay of Bengal. It was a rare gesture, as many nations have disregarded verdict of the ICJ in the past.

The land boundary agreement, an epoch in the bilateral relations, was signed in 2015, which resulted in another round of territorial gains for Bangladesh and this time on the land.

Being neighbours, Bangladesh and India have many commonalities like history, language, culture, rivers and so on. These commonalities remain the strength to the lasting and time tested Indo-Bangla relationship.

However at times they pose challenges also. These challenges include, dispute over sharing of common resources like water, border management issues like illegal cross border movement of people, smuggling including that of arms and narcotics, trade issues etc. to list a few.

Two friendly nations and their understanding governments in the recent times, giving priority to mutual trust and cooperation, have established various institutional mechanisms for sustained dialogue for resolution of crisis and conflicts.

Around 50 institutional mechanisms have been established between Bangladesh and India in areas of security, trade, power and energy, transport and connectivity, science and technology, defence, rivers and maritime affairs. These mechanisms serve as major platforms for sharing each other’s concerns.

For example, given Bangladesh’s concern about deaths of our nationals in the borders, India has introduced non-lethal weapon use by their Border Security Force in our border. This Indian initiative has reduced, if not totally abolished, deaths at our borders.

India has also provided unilateral duty-free access to Bangladeshi products to reduce the wide trade gap, which Bangladesh has repeatedly demanded. This measure taken by India has seen increase in Bangladesh exports to India, which touched USD 1 billion in 2019.

India has also remained careful of Bangladesh's concerns and refrained from pursuing any treaty without our consent. India not pursuing renewal of the 25 year Indo-Bangla Treaty of Friendship, Cooperation and Peace, that expired in 1997, sensing Bangladesh’s reluctance is a telling example of their respect to Bangladesh’s opinion.

India’s humanitarian support to Bangladesh during COVID-19 in the form of PCR test kits, PPE and medicine is also a telling example of it’s intentions. India also evacuated Bangladeshi students stranded in Wuhan along with their own ones.

Besides during the COVID-19 times when land trading between Bangladesh and India has been seriously affected, additional freight trains in addition to the regular operations have kept bilateral trading ongoing.

In June the number of freight trains operated by the two countries reached the 100-mark for the first time ever. Not only so, parcel train service has been introduced between the two countries that will allow traders to trade in smaller quantity of goods.

Having listed the above long list of Indian gesture to Bangladesh, it needs to be mentioned that the bonhomie between the two countries would not have reached such heights without equal reciprocation by the present Awami League government.

The government of Bangladesh has been upfront about the necessity of maintaining a good relationship with India.  It’s support in the arrest of leaders of North-Eastern Indian insurgent groups who were operating from Bangladesh with support from the previous Bangladeshi regimes needs special mention.

Bangladesh’s gesture hugely contributed to curbing insurgency in these Indian regions. Along with the political steps, significant cultural exchanges have also been undertaken by the two governments to enhance the age old linkages.

Bangladesh and India places each other first, making each other important partners in each other’s development and progress. However there are domestic, regional as well as international players that keep on exploiting the asymmetries between the two countries in respect of territory, economy, military power and so on and inject confusions in the mind-set of the two people.

Weird decision by any obstinate regional leader therefore requires sensitive analysis before embarking on any conclusion. Bangladesh and India showcase the true spirit of neighbourly relationship based on mutual respect, shared growth and prosperity, which is not only time tested, but has also been re-tested during COVID-19.

This tested Indo-Bangla relationship is a blooming example of how neighbours can contribute to each other’s peace and development keeping heads high of both the countries.

What the Malaria vaccine means for Africa

The myopic and imprudent talk of ‘sustainability’