The Bangladesh Ikebana Association (BIA) has celebrated the 50th anniversary of diplomatic relations between Bangladesh and Japan in Dhaka. 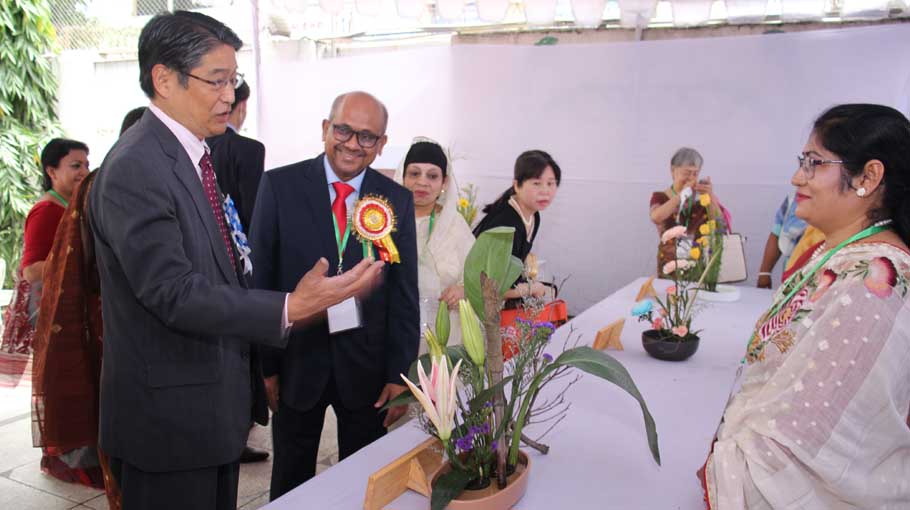 Apart from the Ikebana demonstration on stage, a short documentary on Ikebana in Bangladesh was screened at the function. A souvenir was also published on this occasion with the messages from Prime Minister Sheikh Hasina and Mayor of Dhaka South City Corporation Sheikh Fazle Noor Taposh.

Ikebana is the traditional Japanese art of flower arrangement.

“I hope Ikebana will be loved by young people in Bangladesh,” Ambassador Ito Naoki said as he laid emphasis on engaging the younger generation in promoting cultural bondage between the countries through Ikebana.

“I hope the activities of BIA will be increased further. We will be very happy to provide further moral support to BIA,” he said.

The Ikebana School started its journey in October 1973 at the premises of the Embassy of Japan at Shantinagar in Dhaka.

‘News on managing body of edn instts not true’