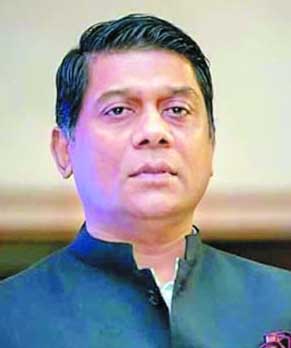 The visit of the Indian Foreign Secretary Harsh Vardhan Shringla to Dhaka has led to some uninformed speculations about the purpose of the visit and also its timing.

Now, some of these reports (in some media outlets and also social media) have completely ignored the detailed press release issued by the Bangladesh Ministry of Foreign Affairs and the statement of the spokesperson of the Indian Foreign Ministry.

To put things straight, the fact that Prime Minister Sheikh Hasina had a long meeting with the Indian Foreign Secretary as Mr. Harsh is no stranger to Dhaka and that he was the first foreign delegate to be meeting her since the onset of the corona pandemic, amply reflect that the relationship is truly based on mutual trust and warmth.

There is a grace in this relationship and friendship and therefore, making an off-the-cuff remark regarding Prime Minister Sheikh Hasina keeping Indian Foreign Secretary waiting for four and a half hours reflects a complete lack of understanding of this close relationship.

In fact, sources convey that the Indian Foreign Secretary had meetings/calls slotted during the day including a meeting with the Ministry of Shipping before meeting the honourable PM.

I have learnt that the Indian Foreign Secretary also had a detailed meeting with his counterpart Masud bin Momen and both sides took stock of progress in bilateral ties, while some specific proposals have been discussed including a few pertaining to the Mujib Barsho, commencing an air travel bubble between the two sides on demand of business and student community and those requiring medical treatment in India and constituting a high-level monitoring committee to monitor the progress of the projects.

Meanwhile, India has also offered its support to Bangladesh regarding coronavirus vaccines and therapeutics - which is being viewed widely as a real gesture of friendship and cooperation.

A decision has been also taken to hold the next meeting of the joint consultative commission soon. The JCC that is co-chaired by the Foreign Ministers of the two countries has proven to be a useful mechanism for reviewing progress in the bilateral relations.

In defiance of the special procedures in place due to the pandemic at Bangladesh Prime Minister’s Office, the visit was organized with minimum protocols. Reception at the airport was not held in view of the pandemic. There was also a requirement of undertaking Covid tests both before the departure and after the arrival in Dhaka.

The onset of corona pandemic has disrupted the usual diplomatic practices. India is fully appreciative of the need to follow these health protocols and suggesting something else out of these special procedures is a poor understanding of the relationship.

Some media reports have incorrectly tried to portray India‘s relations with a 'third country' as the focus of the visit of the foreign secretary. India and Bangladesh share a unique relationship, which is not only rooted in our cultural ties, but most importantly, the Liberation War of Bangladesh forged a close bond between these two countries.

Defining the state of the relations on the basis of specific issues does not do justice to the depth and maturity of the bilateral relationship, which transcends the boundaries of strategic partnership. Any suggestion that the visit was linked to relations of Bangladesh with a third country is, therefore, presumptuous.

Yes, there is no denying that the people of Bangladesh now expect the much-awaited Teesta river water sharing treaty to be ratified, without any further delay. Let us hope that the visiting Indian Foreign Secretary took stock of the ground realities in Dhaka and conveyed the same to PM Modi with a view to materialising the deal in the post-pandemic times.

The writer is a political activist and media personality.

Why is India upset with UK’s vaccine-linked travel curbs