The son of a traveling businessman and a housewife, Van Sant lived an itinerant childhood. He began making amateur films in high school, and he later studied film at the Rhode Island School of Design (BA, 1975).

By 1976, Van Sant was working as a Hollywood production assistant. In 1981, he made his first film, ‘Alice in Hollywood’, a forty-five-minute critique of the film industry; it was never released. His early releases were short films, notably ‘The Discipline of DE’ (1982), an adaptation of a William  Burroughs short story. ‘Mala Noche’ (1985), his first feature-length film, centres on a drugstore clerk obsessed with a young Mexican immigrant. The theme of homosexual love apparent in the story would manifest with varying degrees of subtlety in many of Van Sant’s later films.

Van Sant’s work often uses dark humor and novel techniques in its exploration of the themes of family, community, alienation, ambition, and death. He next wrote and directed ‘Drugstore Cowboy’ (1989), which starred Matt Dillon as the leader of a group of heroin addicts who resort to robbery to finance their habits; the film was a commercial and critical success. In 1991 he released ‘Thanksgiving Prayer’, a short film that featured Burroughs enumerating the ills of contemporary American society in his signature raspy growl. That year Van Sant also debuted ‘My Own Private Idaho’, the tale of two young hustlers portrayed by River Phoenix and Keanu Reeves. The film integrates road-movie plot conventions with elements of Shakespeare’s Henry IV: Part 1.

Van Sant’s subsequent venture, ‘Even Cowgirls Get the Blues’ (1993), an adaptation of a Tom Robbins novel, was critically panned. ‘To Die For’ (1995), however, was widely lauded for its incisive satire of the American fixation on celebrity. In the film, a Machiavellian news anchor played by Nicole Kidman manipulates three teenagers into murdering her unambitious husband, whom she sees as impeding her trajectory to stardom. ‘Good Will Hunting’ (1997) brought Van Sant to a wider audience with its moving portrait of a young mathematical genius struggling to achieve his potential. The film, written by and starring Matt Damon and Ben Affleck, earned Van Sant an Academy Award nomination. He continued to gravitate toward populist fare, directing a remake of Alfred Hitchcock’s 1960 thriller ‘Psycho’ (1998) and ‘Finding Forrester’ (2000), about a reclusive writer (played by Sean Connery) mentoring an African American teenager.

Since 2000, Van Sant has focused on making independent films. His so-called death trilogy—‘Gerry’, ‘Elephant’, and ‘Last Days’—are experiments with perspective and cinematography. The first in the series, ‘Gerry’ (2002), which was conceived by and starred Damon and Casey Affleck, comprises largely improvised scenes of two men lost in a desert. In ‘Elephant’ (2003) Van Sant brought the topical lens of school shootings to bear on the quotidian activities of a group of high-school students, choosing to highlight the isolation of adolescence rather than the violence itself. He similarly concentrated on the theme of alienation in ‘Last Days’ (2005), this time creating an impressionistic, mainly silent chronicle of the days before the suicide of a rock star resembling Kurt Cobain.

Van Sant contributed a segment, “Le Marais,” to Paris, je t’aime (2006; Paris, I Love You), a tribute to the arrondissements (municipal districts) of Paris. With ‘Paranoid Park’ (2007) he returned to familiar subject matter, addressing the confusion of young adulthood through the misadventures of a high-school skateboarder. The film was set in Portland, Oregon, a signature location for Van Sant, as it was the scene of portions of his own adolescence and formative artistic years. He most explicitly treated the topic of homosexuality, long a subtext in some of his work, in ‘Milk’ (2008). The film charts the political career of one of the first openly gay elected officials in American history, Harvey Milk. Showcasing an irrepressible Sean Penn in the title role, it garnered Oscar nominations for best picture and for directing.

In 2011 Van Sant explored young love and death in the romantic drama Restless. With ‘Promised Land’ (2012), which starred Damon as a gas-company representative seeking to obtain drilling rights in a rural Pennsylvania community, Van Sant dramatized contemporary disputes over fracking. In ‘The Sea of Trees’ (2015), Matthew McConaughey portrayed a depressed American professor who travels to Japan, where he plans to take his own life. However, while at Aokigahara, known as “suicide forest,” his plans change after he encounters a man in need of his help. Van Sant then directed ‘Don’t Worry, He Won’t Get Far on Foot’ (2018), a biopic on the quadriplegic artist John Callahan, who was known for his controversial cartoons.

In addition to being a successful film director, Van Sant is also a published author (his first novel, "Pink", was published in 1997), a musician (two solo albums "Gus Van Sant" and "18 Songs About Golf" were released on the PopTones label in late 1997, plus his musical/spoken word collaboration with William S. Burroughs, "The Elvis Of Letters" was released in 1985 as the first album put out on the Tim Kerr record label), and a photographer (a large book of his photographs titled "108 Portraits" was published in 1992 and is now something of a collectors item.) 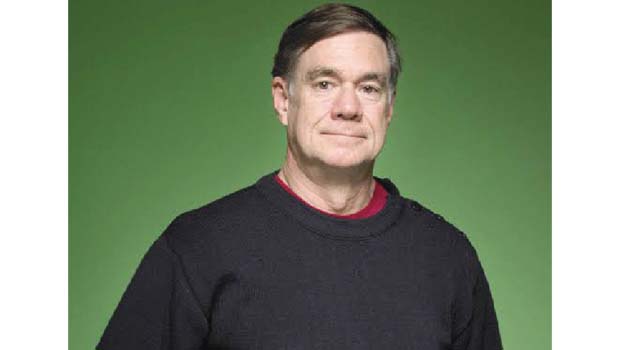 Van Sant had planned to make a film about artist Andy Warhol with River Phoenix starring as the young Warhol, but plans were scrapped after Phoenix's death.

‘Elephant’ (2003), the very first film he directed that was accepted into Cannes, won the festival's two most prestigious awards: the Palme d'or and best director. He was member of the dramatic jury at the Sundance Film Festival in 1991.

He has taught two classes at the Northwest Film Center in Portland. Directed 5 actors in Oscar nominated performances: Matt Damon, Robin Williams, Minnie Driver, Sean Penn, and Josh Brolin. Williams and Penn won Oscars for performances in one of his movies.

In 1992 received the American Civil Liberties Union (ACLU) of Oregon's Freedom of Expression Award, which recognizes courage or creative vision in upholding free expression, particularly in the arts, for his films that have, "let us see inside the lives of individuals we don't often get a glimpse at."

A desktop plant can be a workplace stressbuster