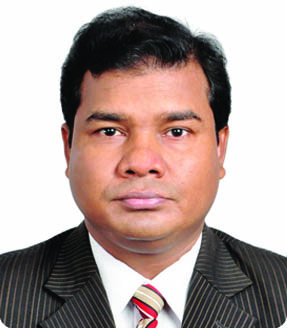 The government aims to get Tk 1.06 trillion from the banking sector, Tk 350 billion from selling savings certificates, and Tk 50 billion loans from other domestic sources in the upcoming budget.

Talking to Bangladesh Post in this regard on Thursday, the CEO and Managing Director of Janata Bank Limited, Abdus Salam Azad FF said the government has to go for bank borrowing in mitigating the budget deficit and ultimately the fund is used in development activities which is positive.

"Bank borrowing will not affect the banks, it’s happens every year as usually and it help boost GDP growth", said Janata Bank CEO. He said the proposed budget is realistic and implementable. The mega opening of 'Padma Bridge' will open up a new hope of development and growth.At least 38 percent of the Tk 6.78 trillion budget has to be managed from loans in the FY23 budget. The finance minister shared the plan to get Tk 987 billion from foreign sources and Tk 1.46 trillion from domestic sources. In the past few years, Bangladesh has borrowed more from foreign sources for its mega projects. But it has to spend dollars from its foreign exchange reserves to pay the interest on such loans.

Forex reserves are currently under pressure as the dollar price has surged with the onset of the Ukraine war.

The government, therefore, adopted a policy to discourage the imports of luxury goods and to delay the financing of non-emergency projects. Focusing on local sources for loans rather than foreign ones also suggests the government’s effort to save dollars.