Rainer Werner Fassbinder (May 31, 1945 – June 10, 1982) was born into a cultured bourgeois family in the small Bavarian spa town Bad Wörishofen. Raised by his mother as an only child, the boy had only sporadic contact with his father, a doctor, after the divorce of his parents when he was five. Educated at a Rudolf Steiner elementary school and subsequently in Munich and Augsburg, the city of Bert Brecht, he left school before passing any final examinations. A cinema addict (“five times a week, often three films a day”) from a very early age, not least because his mother needed peace and quiet for her work as a translator, “the cinema was the family life I never had at home.”

Part of the postwar generation weaned on American culture and German historical amnesia about the Nazi years, he spent his youth at the movies and became a fan of Hollywood, particularly German émigré Douglas Sirk's glossy 1950s melodramas.

Fassbinder made his first short films at the age of twenty, persuading a male lover to finance them in exchange for leading roles. He also applied for a place at the Berlin Film School (dffb), but was refused. He acted in both his early films: ‘Der Stadtstreicher (The City Tramp)’, which also featured Irm Hermann (later often used in character roles); and ‘Das Kleine Chaos (The Little Chaos)’. In the latter, his mother – under the name of Lilo Pempeit – played the first of many parts in her son’s films. Only after these amateur directing-scripting-acting efforts did Fassbinder take lessons with a professional acting studio, where he met Hanna Schygulla, his most important actress, who thanks to him became an international star. It was through Schygulla that Fassbinder turned his interest to the theatre. 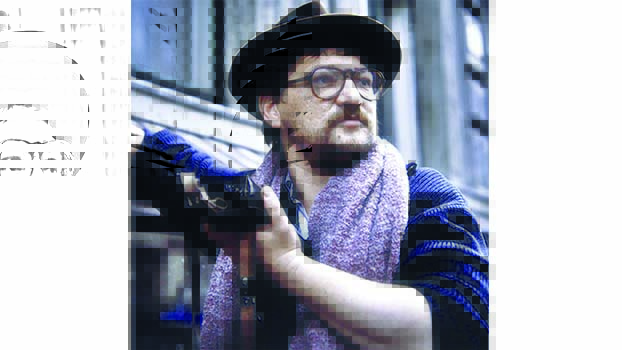 In 1967 Fassbinder joined the Munich Action Theater. He directed, acted in, and adapted anti-establishment plays for a tightly knit group of young professionals, among them Peer Raben and Kurt Raab, who along with Schygulla and Hermann, became the most important members of his cinematic stock company. Jean-Marie Straub directed the Action Theater in an eight-minute version of Bruckner’s ‘Krankheit der Jugend’, using part of this stage pro­duction in his short film ‘Der Bräutigam’, ‘Die Komödiantin Und Der Zuhälter’ (1968), with Fassbinder as the pimp. In 1968 Fassbinder directed the first play written by himself, ‘Katzelmacher’, a twenty-minute highly choreographed encounter between Bavarian villagers and a foreign worker from Greece, who with scarcely a word of German, becomes the object of intense racial, sexual, and political hatred among the men, while exerting a strangely troubling fascination on the women. A few weeks later, in May 1968, the Action Theater was disbanded after its theatre was wrecked by one of its founders, jealous of Fassbinder’s growing power within the group. It promptly reformed under Fassbinder’s command as the Anti-Theater, which pursued an equally radical and frequently provocative production policy.

Applying the theater ethos of working collaboratively with a stock company of actors and technicians, Fassbinder and the Anti-Theater began making feature films in 1969, with the gangster movies ‘Love Is Colder Than Death’ and ‘Gods of the Plague’, as well as a stylized film adaptation of his play ‘Katzelmacher’, about a foreigner's effect on a group of rootless young Germans.

The years from 1969 to 1976 were Fassbinder’s most prodigious and prolific period. An outstanding career in the theatre (productions in Munich, Bremen, Bochum, Nurnberg, Berlin, Hamburg and Frankfurt, where for two years he ran the “Theater am Turm” with Kurt Raab and Roland Petri) was a mere backdrop for a seemingly unstoppable outpouring of films, TV films, adaptations, and even a TV variety show (in honour of Brigitte Mira). During the same period, he also did radio plays and took on roles in other directors’ films, among them the title part in Volker Schlöndorff’s Brecht adaptation Baal.

Revealing his cinematic influences early on, ‘The American Soldier’ (1970), the third in Fassbinder's gangster trilogy, was a pastiche of American film noir, and ‘Whity’ (1971) was a Western. Fassbinder's nascent interest in examining the lives of ordinary people in realistic settings, however, also emerged in his neorealist comedy drama about a middle-class man who inexplicably kills his family, ‘Why Does Herr R. Run Amok?’ (1970). After an unsatisfactory film adaptation of Marieluise Fleisser's play ‘Pioneers in ‘Ingolstadt’ (1971), the original Anti-Theater troupe dissolved due to tensions satirically chronicled by Fassbinder in his reflexive film Beware of a Holy Whore (1971). He did, however, continue to work with a stock company of actors throughout the rest of his career. Taking advantage of the various funding sources available in Germany, he formed his own production company, Tango Film, and made ‘The Merchant of Four Seasons’ (1971), a bleak story of a working man's loveless marriage and alcoholic death.

By 1976 Fassbinder had become an international star. Prizes at major film festivals, premieres and retrospectives in Paris, New York, Los Angeles, and a first critical study on his work appearing in London had made him a familiar name among cinephiles and campus audiences the world over. He rented a house in Paris and could be seen in gay bars in New York, earning him cult hero status but also a controversial reputation in and out of his films. Art house circuits avidly took up his films: because he had so many to his credit by the time he was ‘discovered’ with ‘Fear Eats The Soul’, the rerelease of his earlier films, together with the steady stream of new work, made his extraordinary productivity seem even more phenomenal.

His flamboyant and at the same time seedy life-style, his openly displayed and well advertised homosexuality, and at the same time life and love to women, the scandals, public outrages and bouts of self-pity ensured that in Germany itself Fassbinder was permanently in the news, making calculatedly provocative remarks in interviews, which nonetheless were usually shrewd and to the point. His work often received mixed notices from the national critics, many of whom only began to take Fassbinder seriously after the foreign press had hailed him as a genius.

In 1972 Fassbinder began his collaboration with a highly experienced and successful producer at West Germany’s most prestigious television network, Peter Märtesheimer of WDR. Under Märtesheimer’s influence, Fassbinder turned with even more determination to recognizably German subject matter. Together they made, among others, the television series ‘Eight Hours Do Not Make A Day’, and in 1978 cowrote ‘The Marriage Of Maria Braun’, Fassbinder’s commercially most profitable film and the first in his post-war German trilogy (the other two were ‘Lola’ and ‘Veronika Voss’). For many foreign critics, his crowning achievement was the 14-part television adaptation of Alfred Döblin’s Berlin ‘Alexanderplatz’, much maligned by the domestic press. Although for ‘Veronika Voss’ Fassbinder received the Golden Bear at the 1982 Berlin Film Festival, a much-coveted Oscar nomination eluded him. As had often been noted, Fassbinder was the engine and motor (the “heart” in Wolfram Schütte’s words) of the New German Cinema. His sudden death from a vicious combination of drugs and sleeping pills in June 1982 symbolically marked the end of the most exciting and experimental period the German cinema had known since the 1920s.