Every day, you use your hands to perform millions of tasks, but have you ever wondered why you call your fingers "thumb" and "pinky"? Because of the way language evolves, it's difficult to pinpoint the origins of body part names, but here's what we know about why thumbs are thumbs and little fingers are pinkies. 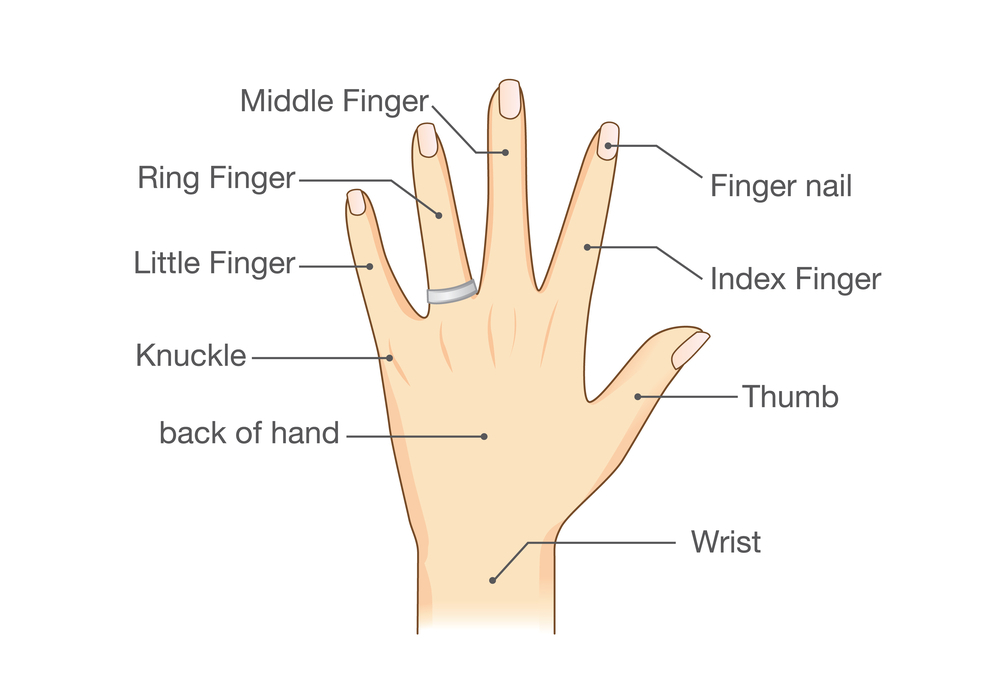 The thumb got its name from a description of its physical traits in contrast to its neighbors, as it is shorter and wider than the other four digits and only has two phalanges instead of three. Thumb is referred to as pollex in medical terms.

The term "thumb" was first used before the 12th century, and it is said to have originated from the Proto-Indo-European verb tum, which means "to swell," referring to the thumb as "the swelled one." Although there is considerable controversy about whether the thumb is properly classified as a finger, the name suits.

The digitus secundus manus is the next in line following the pollex. The word index derives from the Latin word indicus, which means "to point out," and is also where the phrase "pointer" comes from. Despite being the second digit (after the thumb), the index finger is sometimes referred to as the first finger, which is why the term "forefinger" is also employed.

The literal meaning of the second finger (third digit) is the most literal of all. The digitus medius manus, often known as the long or tall finger, is located in the middle of the hand, between the digitus secondus manus and the ring finger. It's a different story how the middle finger became an offensive gesture.

The origin of the phrase "ring finger" dates back to 2nd century Egypt and has to do with the heart. It is also known medically as the digitus medicinalis, digitus quartus manus, or digitus annularis manus. The Egyptians believed that a vein in the fourth finger, known as the lover's vein, was connected to the heart, an incorrect belief that Romans eventually came to believe. To show that a guy held a woman's heart, he would follow Beyoncé's gospel and put a ring on it, a tradition that continues today.

The digitus minimus manus is the fifth digit and the smallest of the fingers. Pinkie was used by Scots to refer to something little, according to World Wide Words, as defined in John Jamieson's An Etymological Dictionary of the Scottish Language, published in 1808. The word "pink" comes from the Dutch word "pink," which means "little." "To pink" implies "to contract the eye,"

According to Jamieson, and the word pinkie is "used to the eye, when little, or contracted." The etymology of a related word, "pinkeye," is listed in the Collins Dictionary as the Dutch pinck oogen, which also appears in Jamieson's dictionary page for pink and means "little eyes."