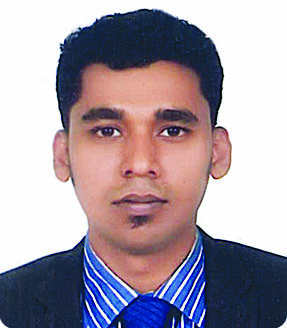 Police personnel on Tuesday afternoon recovered a body of a female tourist from a residential hotel in Cox’s Bazar town.

The female was identified as Farzana Akter, 23, wife of Mohammad Sagar, resident of Cumilla Sadar upazila.

Additional Police Superintendent of Cox’s Bazar Tourist Police Zone Mohammad Mohiuddin Ahmed said, “The body of the female tourist was recovered from Amari Resort at 4:30pm. The resort is situated at the Kolatoli Hotel-Motel Zone area of Cox’s Bazar town.”

Police sources said, "Mohammad Sagar, husband of the victim, has been absconding since the incidence."

However, on information, police personnel rushed to the spot and recovered her body, he added.

Mohiuddin Ahmed said, “There was no injury mark on her body. The reason behind the death will be known after an autopsy.”

The body was sent to Cox’s Bazar hospital morgue for autopsy, he added.

Houses being built for 59 gypsy families in Jhenaidah

Water-logging will be over: CCC chairman

Floor situation improves in Kurigram, water-borne diseases on the rise