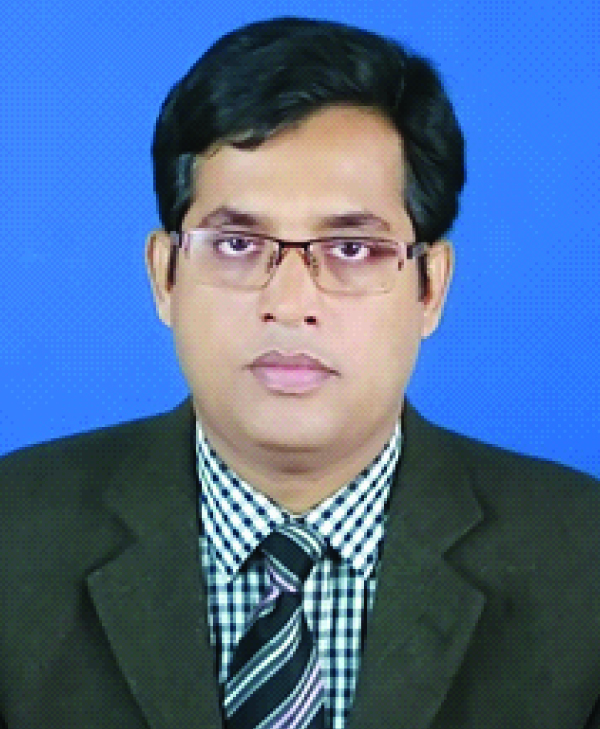 This is most frustrating.

How can countries claiming to be a beacon of democracy train policemen suppressing democratic agitation on behalf of a ruthless military junta!

These policemen were also involved in carrying out violent atrocities on Rohingya Muslims in the Rakhine State of Myanmar. What better evidence of the EU double standard!

As we all know, Prime Minister Sheikh Hasina led the Bangladesh government's decision to open its border to offer shelter to the Rohingyas in late August 2017 saved them from the atrocities and violent tortures of the Myanmar government. The plight of Rohingyas influenced the government in opening its border, which was highly applauded by the international community. There were, however, fear that the humanitarian approach of Sheikh Hasina could turn into a liability for Bangladesh, going by the history of the Rohingya issue. The issue remains unresolved for several decades. Due to her credible and humanitarian decision, Sheikh Hasina was conferred with the title of "the Mother of Humanity" by the mainstream British media.

However, her government began to feel the pinch once the Myanmar government adopted a go-slow approach to Rohingya communities' repatriation. The Rohingya issue drew the attention of the wider international community, including the United Nations and most of the European Countries. They voiced their opposition to the management of the crisis by the Myanmar government.

Without concerted efforts of the Bangladesh government and the

international community, it is unlikely that the Rohingya repatriation

would commence shortly. Therefore, the government of Bangladesh

should strengthen their diplomatic ties with international

organizations, including the EU

Though the Myanmar government refused to hold discussions on the issue during the early days of the Rohingya influx, they started working with the Bangladesh government to devise a repatriation plan under international pressure. As an outcome of several negotiations, a bilateral agreement was signed on 23 Movement 2017.

The Joint Working Group (JWG)- a group of representatives from Bangladesh and Myanmar dedicated to overseeing the repatriation efforts- was formed a month later. Unfortunately, the repatriation process did not see the light due to the unwillingness of the Rohingya communities to return and the reluctance of the Myanmar government to ensure security for these communities. However, the government of Bangladesh attempted to start the process very seriously.

From the onset of the influx, the EU remained highly vocal in ensuring the refugees' safety, security, and better livelihood. They also invested billions of dollars for this purpose, along with the government of Bangladesh. Even the government was also found very sympathetic about these communities. Therefore, they decided to relocate these people to Bhasan Char and started implementing a mega project of building modern houses with all life amenities for one lakh Rohingyas. The process of relocation started a few months ago. These relocated people are pleased to get these houses with all facilities.

When the relocation process started, the international communities, including the EU, have begun to voice their worry about the possibility of flood and natural calamities in the Bhasan Char. However, there has not been any incident of such disaster in the recent past in Bhasan Char. We did not find these countries' representatives visit the Bhasan Char and check out its facilities built for the Rohingya people. Without on-spot physical verification, the Western countries started crying foul over Bhasan Char which is not encouraging. However, the furore over Bhasan Char only helps shift focus from the Rohingya repatriation to relocation. That does not bode well for Bangladesh. This may cause a delay in the repatriation process.

While the international community, including the EU, must put pressure on the Myanmar government to facilitate the Rohingya population's repatriation, the EU is now offering crowd control training to the Myanmar police, which is not desirable. These countries always speak of human rights, and they played the same role during the early days of the Rohingya influx. Unfortunately, they have started playing a double standard role on the Rohingya issue by providing training to those policemen who were directly involved with the process of carrying out brutality on the Rohingya communities. Coming out of the double standard role, they should put pressure on the Myanmar government to take these homeless people into their homeland.

Without concerted efforts of the Bangladesh government and the international community, it is unlikely that the Rohingya repatriation would commence shortly. Therefore, the government of Bangladesh should strengthen their diplomatic ties with international organizations, including the EU. Most importantly, the EU should feel the despair of these people living in a restricted life, losing the right to live in their homeland. Therefore, instead of providing support to the Myanmar government, the EU should put pressure on them for the sake of helping these homeless people.

The writer is a Professor of Public Administration at the University of Rajshahi and a member of the central Information and Research Sub-Committee of Bangladesh Awami League.

Witnessing the emergence of ‘new normal’