Dramas and telefilms most discussed on Eid

There was a lot of writings about movies on social media quite sometime back. That scene has changed in the last few months. Telefilms, dramas and short films have taken up a lot of space at present.

Those who were reluctant to watch these productions on television due to advertisements during various festivals, they are watching them later on, from the production company’s YouTube channel.

Ashfaq Nipun’s ‘Victim’ is one of the most acclaimed and discussed telefilms. The viewers will remember the performance of Aupi Kareem and Afran Nisho in this telefilm for a long time. The discussion of this telefilm on social media was eye-catching.

Directed by Mahmudur Rahman Hime and written by lyricist Asif Iqbal, ‘Keno’ has been acclaimed by the viewers. 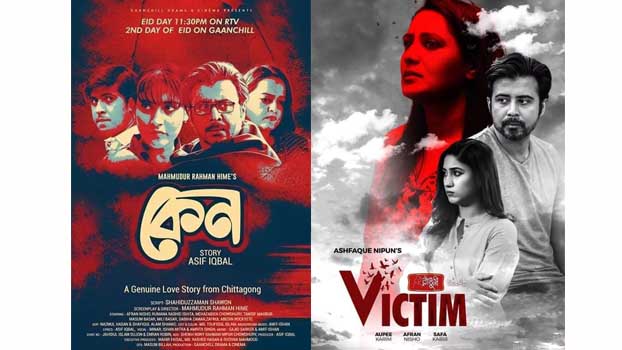 Among the short films is ‘To-let’ written and directed by Animesh Aich (Ashna Habib Bhabna, Syed Musharraf, Shilpi Sarkar Apu). It was also in discussion among the audience.

3 to die, one gets life for killing schoolboy in Ctg

‘Fazilatunnesa is the name of an inspiration’

Nat’l fisheries week to be observed in July