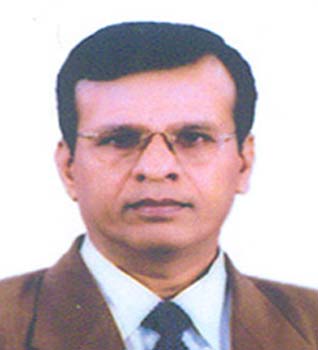 Bangabandhu Sheikh Mujibur Rahman, the best Bengali of the millennium, is an undisputed leader of the Bengali nation who has set an unforgettable example in world history by spearheading the Liberation War of Bangladesh.

With all the extraordinary leadership qualities he possessed, he was able to gradually turn the 23-year-old democratic movement against the Pakistani military rulers into an armed movement. He prepared the people for the war of liberation of Bangladesh by organizing them in a well-meditated manner.

What were those qualities possessed by Bangabandhu that united seven and a half crore Bengalis and prepared them to accept the highest sacrifice? The answer to this question lies in his political career in undivided India, the movement for the establishment of a Bengali identity and the initiatives and the policies and strategies he took to run the affairs of state for three and a half years in independent Bangladesh.

Analyzing all these things, it can be found that Bangabandhu did not suddenly become a leader out of nowhere. He has become a leader through following the political process. He became a world leader because of his extraordinary leadership qualities. In fact, attributes such as courage, integrity, ability to hold people spellbound by means of his oration, love for people and charismatic personality set him apart from others.

First of all, we will have to talk about Bangabandhu's courage. He was a man of infinite courage. He was not afraid of anything. His style of politics in the undivided India and the long 23-year movement against the military government after the creation of Pakistan in 1947 suffice the extent of his courage.

Sheikh Mujib made his political debut in school by showing courage in 1938, while studying in class seven at Gopalganj Mission School. When the Minister of Labor of undivided India, Hossain Shaheed Suhrawardy, visited the school, the class captain Sheikh Mujib on behalf of the students demanded action to fix the roof (owing to water leak problem) of the school and build a dormitory. Suhrawardy was impressed by Sheikh Mujib's speech and courage. Later, he got close to Suhrawardy and Sheikh Mujib accepted him as his political guru. By joining student politics in school life, he emerged as a brave and revolutionary leader.

In 1941, he actively participated in the movement to remove the Holwell Monument in Calcutta. He was arrested twice that year. Communal riots broke out in August 1947 before the partition of India on the basis of two-nation theory. He played an active role to support the efforts of Mahatma Gandhi and Suhrawardy to suppress the riots and establish peace.

After the creation of Pakistan, he was arrested many times during the 23-year long arduous movement that began with the demand for realizing Bengali as state language and ended through the war of liberation in 1971. He spent about 13 years of his life in prison. He was arrested eight times in three months after the declaration of 6-point, the Magna Carta of the Bangalees, in 1966. Bangabandhu was so courageous that despite being the number one enemy of the Pakistani rulers, he declared the 6-point charter on the soil of West Pakistan. He was not afraid of the Pakistani military government.

Bangabandhu was not even afraid of death. In addition to Yahya Khan’s plan to kill Bangabandhu by means of a secret trial at a military tribunal in Pakistan, another plot was on to assassinate him inside the Mianwal prison. Bangabandhu's interview with The New York Times on January 18, 1972 revealed the plot. The newspaper wrote that Mianwal sits in the home district of Gen Niazi, who had replaced General Tikka Khan as commander in East Pakistan. On 15 December the prisoners, all of whom were from the district, were told that General Niazi had been killed by the Bengalis and that when their cell doors opened the next morning, they were to kill Sheikh Mujib.

For this reason, a grave was dug near Bangabandhu's cell in the jail. When the jailer asked to take him elsewhere, Bangabandhu said, “If you are going to execute me, please give me five minutes to say my last prayer.”

Now the question comes - why did Bangabandhu maintain the democratic character of the movement till the liberation war and did not allow it to take violent form? The reason for this was firstly to not give the Pakistani ruling group a chance to confuse the movement. Secondly, it was to not give the international community a chance to label the movement as separatist or militant initiative. An in-depth analysis shows that Bangabandhu achieved three rights by adopting the strategy of conducting the movement in a democratic manner, which paved the way for achieving the goal of independence.

Bangabandhu chose election as the strategy of the movement. That is why Bangabandhu took part in the elections under the Legal Framework Order (LFO) issued by the military government despite being a believer of Westminster type democracy. In response to a question from a Pakistani journalist during the election campaign, Sheikh Mujib said, "I will tear down that LFO after the election."

Bangabandhu never gave place to communalism in his entire life. “Bangabandhu Sheikh Mujib was completely non-communal or secular. He has given proof of this again and again. However, in the context of the religious sentiments of the devout Bengali people, secularism is not influenced by Western philosophy. According to Bangabandhu, Hindus, Muslims, Buddhists and Christians can safely practice their religion in Bangladesh without fear.” (Professor Ajoy Roy, `Bangabandhu’s 7 March Speech: Epic Poem of Politics,’ page 129).

Not only in the political struggle, but also while building a war-torn country, he took some steps which were possible owing to his far-sighted thinking. He took various initiatives to build Bangladesh as a modern technology-based, science-based and prosperous country. One of the initiatives was to bring home the benefits of the third industrial revolution.

Apart from ensuring the basic rights of the people, he tried his level best to materialize the dream of Golden Bengal by capitalizing on modern thought-process and that’s why he left no stone unturned to turn the war-torn country into a prosperous one.

Ajit Kumar Sarkar is a senior journalist and the former City Editor of BSS.

The failure of COP25

Boris Johnson’s enemy has weaknesses, too

Political economy of the size of government: What shakes and what shapes

Some pertinent thoughts on ethnic groups

Coronavirus and its global economic impact

A radical way out of the EU budget maze