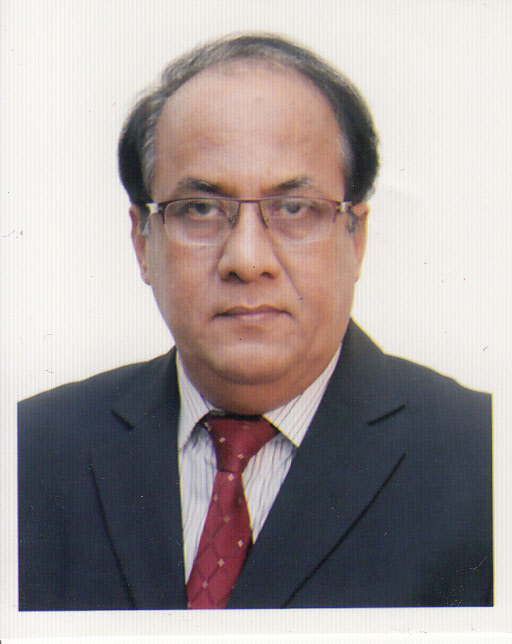 Urban planners might have thought that it would not be possible to construct tall buildings in Dhaka because of its geo-logical conditions. Accordingly, they were opted for a low-density growth in Dhaka, even in the planned areas. All the urban services were planned and developed accordingly, and up to 1980-90, all the buildings in Dhanmondi, Mohammadpur, Gulshan, Banani, Baridhara and Uttara were up to 2-3 storied. But onwards due to huge on-rush of population in the prime city Dhaka, the successive governments changed these height restrictions, modified the development plans and allowed construction of tall buildings throughout the city. The DMDP (1995-2015) also endorsed the views and the prevailing building-laws were also modified accordingly.

But, in the draft DAP (2016-2035) there are proposals for Guided Mixed Use, Density Zoning and Height Control measures.  It is also argued that due to the Building-Bye Laws (2008) and its Floor Area Ratio (FAR) and Maximum Ground Coverage (MGC) strategies all those tall buildings have been allowed. So, under the considerations like existing roads and its carrying capacity, prevailing urban services and amenities etc. in the locality, the DAP planner proposes for restricting the building heights in the inner-city areas. There are huge uproars and criticism on this issue amid the professional planners, architects, engineers, real-estate owners and other related stake-holders. Interestingly, in new DAP, there is also a proposal for ‘no need of new parking space development’ in the city buildings. It raises strong criticism and objection from all concerns that when there are acute shortage of roads (only 6-7 percent) and virtually no public parking spaces, how the planners proposes this sort of suggestions!

It has been proposed specially in DMDP and new Structure Plan/DAP (2016-2035) for re-planning of old Dhaka, stretching from the river Buriganga to Gulistan, but so far no initiatives shown from any governments on this vital issue. As mentioned initially, old Dhaka hemmed by the river Buriganga and Dholaikhal has been spontaneously grown. Most of the houses in the area are very old and in 100% plot/land coverages, are now in an unhealthy, dilapidated and risky conditions. Roads are very narrow and poor drainage system, shortage of water, gas and electricity have made the old Dhaka a non-livable area. Recent fires at Nimtoly and Churihatta areas and random chemicals stocking in here and there also made the entire old City more vulnerable. Considering the complicated land ownership systems in the old Dhaka, it is proposed in new DAP for the introduction of ‘Transfer of Development Rights’ (TDR)and other ‘Development Incentives’, which will be a helpful tool for rebuilding of houses there.

Water-logging, overflow of sewage and drainages have become a regular phenomenon throughout the city. Earlier, all the canals and water bodies in Dhaka were maintained by the municipality (Dhaka Pourashava), then by the Public Health Engineering Dept and after 1988 Flood by the DWASA. At the height of failure of DWASA, very recently the responsibilities have transferred (on 31st December 2020) to the City Corporations (DNCC and DSCC). There are propositions for ‘Blue Network’ development in the draft DAP (2016-2035) by restoring the river, canals and water-bodies and linking with each other’s. Some experts also argue for ‘Sponge City’ type developments as happened in China and many other Asian countries. However, it is to also note here that the Prime Minister Sheikh Hasina in her 2018-election pledge, promised for restoration of some of these canals, even breaking the Box-Culverts and Roads built over there. The Dhaka urbanites are waiting to see the implementation of her commitments.

The Town Improvement Act, 1953 (amended up to 1987) is the prime tool for the urban planning, development and development control in Dhaka. The Act was drafted in the backdrop of India-Pakistan separation. Although it is amended several times, many of its provisions have become obsolete and non-functional. RAJUK formerly Dhaka Improvement Trust was established under the Act in 1956. The organization has never been equipped as needed to be and there are absolute shortages of professionals in the organization. At present, roughly about 1100 manpower exists with a few skilled professionals.

RAJUK is the mandated authority for Dhaka’s planning but now the DNCC and DSCC also doing the same jobs in their area of jurisdiction. It is urgently needed for establishment of a coordination cell at the Prime Minister’s Office, or placing all the organizations under a one ministry headed by a senior minister for an effective control and monitoring. Decentralization of planning and development control activities by setting up several zonal offices with the representatives from all concerned services may also be arranged. In this respect, a Think-Tank” is also needed comprising visionaries, professionals and experts to help and support the system. Alternately, as proposed from different groups, establishment of Urban Governance System named as ‘Nagor Sarker’ may also be considered for better coordination and good governance.

The government has been implementing some mega-projects in and around the capital city to ease the life of urbanites, like the widening and improvement of Dhaka-Mawa Road and Rail networks, Dhaka-Gazipur Road widening, improvements of Dhaka-Purbachal Link Road including the construction of Eastern Peripheral Road and River services. There are now SDG program, ‘8th Perspective Plan’, ‘Vision-2041’ and ‘Delta Plan-2100’ perspectives. Efforts also going on for the introduction of Electronic Construction Permitting (ECP) system in Dhaka under a World Bank supported project named as Urban Resilience Project (URP). So, all the capital City’s planning, development and control of course should be in the line of these perspective plan and strategies. It is to mention here that under the dynamic leadership of Sheikh Hasina, the Integrated ‘Hatirjheel’ Project in the Centre of Dhaka has been implemented, which is not only eased the links between the east and west of city but also created a good environment in the entire city. Accordingly, the Purbachal New Town can also be developed in an integrated way, where it is proposed to establish an International Business Hub named as Bangabandhu Iconic Towers (BTT) complex, Trade Centre for Dhaka International Trade Fair (DITF), Sheikh Hasina International Cricket Stadium, Golf Course, numbers of public and private universities, hospitals etc. beside the provisions of a large-scale housing and other ancillary developments. There is also provision for ‘Block Housing’ in Purbachal project. In these respects, the upgradation works of 300 ft Link Road from the Airport Road to Purbachal up to Dhaka-Sylhet Road is now going-on in full swing, which is apparently the “principal growing-axis” in the Metro-Dhaka Region. Many more planned new towns are also being developed around the Purbachal both under private and corporate. It means, very soon a ‘New Dhaka’will be emerged in the Eastern/North Eastern Dhaka Region, like New Delhi and Putra Jaya in Kuala Lumpur.

Witnessing the emergence of ‘new normal’