Air pollution reached an alarming stage in Dhaka. The capital Dhaka’s air quality has deteriorated sharply in the recent weeks before the onset of the winter when the grip of a second wave of the coronavirus pandemic is feared.

Brick kilns, industrial smog, noxious emissions from vehicles, unchecked dumping of waste and toxic chemicals, use of excessive pesticides, etc., are blamed as the major causes of air pollution.

All the city dwellers are at risk of air pollution. Young  children  are mostly  exposed  to  cadmium  (Cd)  through  inhalation  of smokes  and contaminated soils and dust  from industrial emissions and sewage sludge. The high lead (Pb) in the environment from gasoline, paints, ceramics, batteries, etc., has also been factor to increase the risk of polluted air. 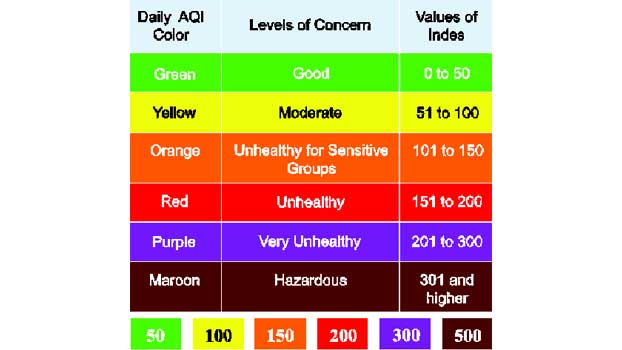 Major strides have been made by the government to improve air quality of Dhaka as well as other major cities of the country. Environmentalists suggested to take further stern actions against the multiple pollutants who are causing harm to people and the environment.

Experts said that common people have to be more cautious about the worsened air quality and maintaining physical distancing amid the ongoing air pollution and coronavirus pandemic. We need to save our city from air pollution, he added.

According to the CASE data, the level of harmful elements in the air on November 6 was 208 AQI (extremely harmful). The report also indicates that Dhaka is one of the worst polluted cities in the world. The level of harmful substances in the air has increased before the arrival of the winter season. The situation may worsen further in winter.

Owning to such circumstances, respiratory diseases may go up amid the coronavirus pandemic.

“Air pollution has appeared as common phenomenon in Dhaka. In winter, air quality becomes worse due to dryness, dust and industrial smog. People with respiratory diseases have to use at least two layered filter mask. In addition the fear of cold-related diseases are also common in winter season,” he added.

He said, “In many countries around the world a large number of patients die due to air-borne diseases.”

Common people should be more careful to keep the city more clean and pollution-free, he added.

According to Air Quality Index (AQI) source, the "N95" label stands for the mask ability to filter out at least 95% of airborne particles larger than 0.3 microns (for reference, PM2.5 particles are 2.5 microns). From all the test result, N95 is good enough for filtering most of the PM2.5 particles, but sensitive persons can consider using N99 version of those masks (N99 stands for filtering more the 99% of airborne particles).

The AQI is divided into six categories. Each category corresponds to a different level of health concern. Each category also has a specific color. The color makes it easy for people to quickly determine whether air quality is reaching unhealthy levels in their communities.

When the AQI is 0-50 it is considered as ‘Good’. The ‘Moderate’ level is considered when the AQI value is from 51 to 100. The next level is termed as ‘Unhealthy for Sensitive Groups’ with an AQI value of 101-150. If the value of index is 151-200 the air quality will get worse. The level is termed as ‘Unhealthy’. The next two levels are ‘Very Unhealthy’ and ‘Hazardous’ which have an AQI value of 201-300 and 301 and higher respectively.