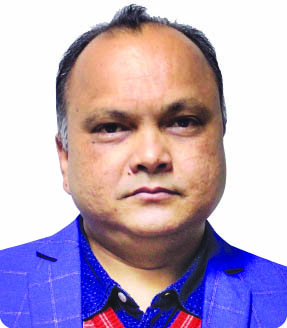 The second term of Khaleda Zia government started its dreadful journey amidst unprecedented brutality - rape, arson attack, looting, rava­ging on minorities, especially on Hidu community across the country. Immediate after winning the 2001 general election they did these crimes against humanity to give a clear message that they would do everything and anything possible to make the country a place of terror and horror where there will be no communal harmony - the basis of Bengali culture and the War of Liberation as well. They, in true sense, were the spectres of the defeated invader Pakistani evil force.

The evil forces started implementing their blue print of destroying the spirit of the War of Liberation through creating panic and horror among people at the fag-end of the then Sheikh Hasina government in 1999. On 6 March 1999, they killed 10 people at a programme of Udichi Shilpogoshthi, a renowned cultural organisation of the country, by bomb attack.

After the BNP-Jamaat alliance came to power through the 1 October 2001 general election, the evil forces instigated an all-out exertion to inflict a reign of terror across the country aiming at destroying everything related to Bengali culture.  In 2001, on 14 April, 10 people were killed in a series of bombing at the celebration of Pohela Boishakh, the traditional Bengali New Year, at Ramna Botomul in the capital. On 1 June, 10 people were killed in Gopalganj Roman Catholic Church bombing.

The last two years of BNP-Jamaat government, that is, 2004 and 2005 were the deadliest and most horrific. On 21 August 2004, they attempted to kill the than opposition leader Sheikh Hasina by grenade attacks at an Awami League rally in Dhaka. Just some miracles saved Sheikh Hasina’s life. But that gruesome grenade attack killed 24 people including Awami League leaders and activists and injured over 300. On 12 January 2004, bombing at the shrine of Hazrat Shahjalal killed 12. In 2005, on 17 August, a total of 500 bombs blasted at a time in 300 places covering almost all the areas of the country killing two persons and injuring 50.

Beside those major bomb attacks, lot more attacks were made during the BNP-Jamaat government led by Khaleda Zia. Bomb attacks were made at almost every cultural gathering across the country. They hurled bombs on the stages of Jatrapla, Buul song, on procession of Pohela Baishakh - and everywhere related to Bengali culture.

In 1971, at the fag-end of the War of Liberation, when the invader Pakistanis could realize their defeat is inevitable, they decided to kill the intellectuals, writers, poets, journalists, artists, and noted persons in the cultural arena. They wanted to create a vacuum in the cultural sector of the country and thus to erase the cultural identity as well as the identity of Bengali as a nation. And in the same way, the main goal of all these unprecedented atrocities during the 2001-2005 BNP-Jamaat government was to stop the practicing of cultural activities through spreading fear and terror among people. And thus to blot out the identity of the Bengali nation in the

Besides backing, patronizing and supporting these terrorist activities and crimes against humanity, the BNP-Jamaat government also started using the police force to impede cultural activities everywhere in the country. There was a strict unofficial order on every police station to make difficult the arrangements of all kinds of cultural activities.

Even Dhaka University, the hub of all cultural activities, was made off-limit for cultural activists. Many cultural organisations who for many years had been conducting their rehearsal at the Teacher Student Centre (TSC) of Dhaka University were ousted from there without any prior-notice. All over the country, police started harassing the organisers of cultural programmes. Taking prior approval of police was a must for arranging all the traditional cultural programmes such as Baul song, Jatrapala, circus exhibition, fair on occasions of religious festivals or any other occasions. It’s easily understandable that getting prior approval from police was not easy at all, and in most cases impossible. Indiscriminate killings by bombing and police harassments made cultural activists as well as commoners demoralized, mentally exhausted and scared.

On the other hand, by the support and patronizing of Jamaat, another phenomenon appeared in the society which was much limited earlier, publicly religious explanation or Waaz against cultural activities terming them as sins. So called Muslim scholars at various Waaz Mehfil (Islamic religious conference) started explaining that practicing of Bengali culture was anti-Islamic, and even they started saying that culture of Bengal is the culture of Hindus, and Haram (forbidden) for Muslims. They also called upon Muslims to shun all these Hindu rituals in the name of culture or tradition. Bangladeshi Muslims are religiously soft-minded and have great respect to their religiously learned persons or Maulanas. The speeches of many of the Maulanas against Bengali culture created an anti-cultural sentiment or a sense of sin among many of the Muslims of the country which is still prevailing in the society. Which is why, in spite of the incumbent government’s all-out efforts to create a cultural friendly environment in the country, there exists an anti-Bengali culture sentiment among a big portion of the people.

Only law alone cannot keep people away from doing crime, corruption or unprincipled activities. In fact, only law, however strict its implication and implementation may be, cannot establish a society with minimum criminal or amoral activities. Such a society can only be established if the longing for refraining from bad deeds and sins comes from inside of an individual. This longing for doing just and good deeds and staying away from amoral and bad deeds may be created from a beautiful mind refined by long practicing of cultural activities.  Again, development of a country does not mean only financial development. Many financially rich countries in the world are not considered as developed countries. When a country achieves financial and social development together, only then a country is called a developed one. Without a culture friendly environment no country can be developed socially, therefore developed in true sense.

The anti-liberation, communal evil forces have been lying in wait and will come out anytime if get any chance. Through practicing, cherishing and nurturing of Bengali culture, people can foil the evil forces’ sinful design as well as protect the country from all evils and thus make development meaningful and sustainable.

The evolving dynamics in Germany

Patriarchy and violence against women

Bangladesh-India trade gap must be narrowed

Growth of Islamic finance and banking