Covid-19: The pandemic that turned the world upside down 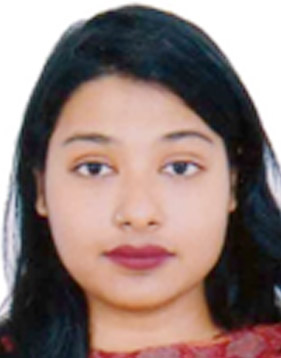 According to information by ‘worldometers’, coronavirus has affected 213 countries and territories around the world with 873,805 deaths and 26,502,503 infected cases. Virus infection rate is still on the rise in many parts of the world. When the news of the virus was first reported in Wuhan, Hubei Province, China, people did not imagine that the virus would turn the world upside down in the next six months.

So far, more than half of those infected are from the United States and Europe. The number of people infected with the virus has also increased in South Asia and Africa. In all, the number of infected people in different parts of the world is increasing every day.

The virus, at first, entered the human body from one animal and spreads from one person to another, constantly changing its genetic makeup - a mutation. But scientists are still trying to figure out the nature of the virus and how it can be prevented. Coronavirus is an infectious virus that has never spread to humans before. Another name for the virus is 2019-NCOV. It is a type of coronavirus. There are many species of coronavirus, but only 6 of them can be transmitted to humans. Scientists say the virus may already be 'mutating' inside the human body, changing its structure and multiplying - making it even more dangerous. The virus infects the human lungs and is transmitted from one person to another through the respiratory tract. The virus is spread through sneezing and coughing, just like the common flu or cold. The first sample was tested on January 21, exactly seven months ago, to identify the presence of coronavirus in Bangladesh. Initially, the government’s Institute of Epidemiology, Disease Control and Research, or IEDCR, was the sole body for coronavirus testing, screening, and training of health workers. Now, it’s being tested in many other hospitals and medical centers.

Coronavirus has wreaked havoc on public lives and caused irreparable losses to the humans. The worst-hit sector is the economy. Various organizations are warning that the global economy is now facing a major catastrophe due to the widespread spread of coronavirus. This virus has hit Bangladesh’s economy as well. The World Bank says corona could reduce Bangladesh's economic growth by two to three percent. According to a study by the Institute of Health Economics, Dhaka University, the economy has suffered a loss of Tk 1.23 lakh crore in the one month from March 26 to April 25 due to the lockdown. And the amount of loss in the country in agriculture, industry and services sector is Tk 3,300 crore per day. However, the government is now taking steps to revive the economy.

in China. According to a BBC report, the lockdown has reduced

beginning of the year. In 337 cities around the world, the

proportion of good quality air has increased by 11.4 percent.

Although on a limited scale, plasma therapy is raising hope for the treatment of corona. When someone recovers from Covid-19, the treatment is done by taking plasma from his blood and injecting it into the infected patient's body. When a patient infected with the virus recovers, corona antibodies develop in the yellowish watery part of the blood. This is plasma 6. When this plasma is taken from the blood of a recovered patient and given to the infected person, that particular person develops immunity and recovers. In the meantime, the world is waiting for the vaccine. Owing to the fact that there is still no cure and vaccine, after the first coronavirus case was identified in Bangladesh on March 8, the government announced on March 16 that all educational institutions and coaching centers, including schools and colleges, would be closed from March 16 to March 31. The closure was extended later in different phases. After the government announced the closure of educational institutions due to coronavirus last March, many schools started teaching students online. Outside Dhaka, many educational institutions have launched such online teaching programmes in Chattogram, Jashore, Rajshahi, Satkhira and a few other areas.

Despite all these negative aspects, there are some good facets too. For instance - the Johns Hopkins University in the United States says about 130,000 of the world's 500,000 infected people have recovered. In many countries, ordinary people are joining the health sector as volunteers, which has overwhelmed professional health workers. Meanwhile, family ties are getting stronger during the time of coronavirus.

Above all, a NASA satellite image gives a clear picture of pollution reduction in China. According to a BBC report, the lockdown has reduced pollution levels in India's major cities by 25 per cent since the beginning of the year. In 337 cities around the world, the proportion of good quality air has increased by 11.4 percent. Researchers at Columbia University in New York have found reduction of carbon monoxide levels by 50 percent. According to a report by Carbon Brief, a UK-based climate change website, carbon dioxide emissions in China have dropped by about 25 percent recently. Almost the same picture is now in the United States.

However, epidemics never bring any good to the world. At the same time it is also true that this virus has helped us develop some good health habits which must be retained even after the pandemic comes to an end. For the time being, we have to stop unnecessary roaming, maintain social distance and follow the health guidelines in order to avoid getting infected.

The writer is a student of the Department Of English, Dhaka University.

ASEAN needs more than an ‘outlook’ on the Indo-Pacific

Covid-19 and achievement of SDGs

The US and China are living in different universes

The need for digitalising Japanese society