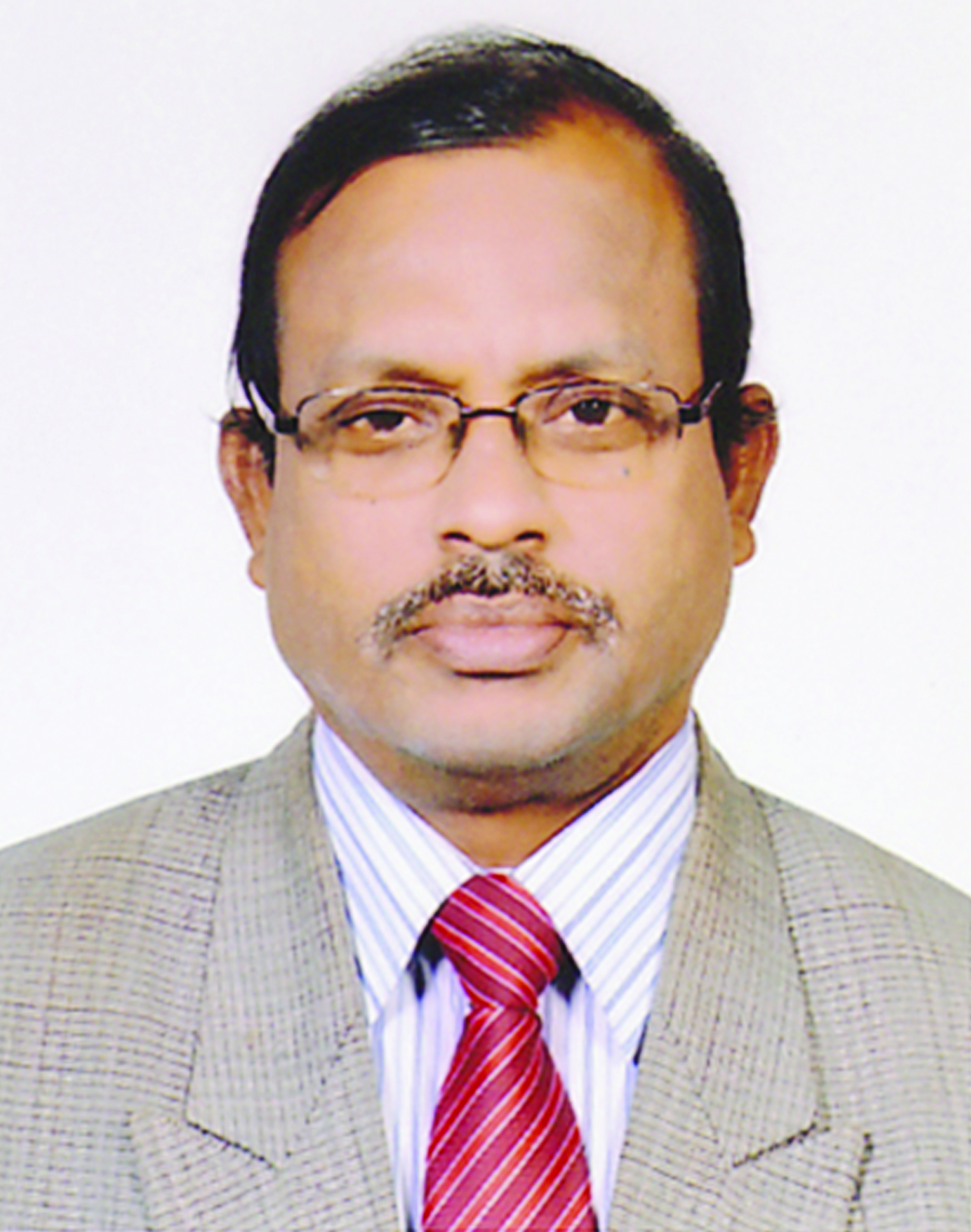 The covid-19 pandemic has further accelerated the need for digitalization that has already been in the state of running. Bangladesh would suppose to complete its digitalization by 2021, but due to Corona pandemic the dependency on digitalization is ever increasing.

In fact the pandemic is compelling the governments and societies, of the whole world including Bangladesh, to turn toward digital technologies to respond to the crisis and, increasingly, is requiring governments to adopt an open government approach and to use digi¬tal communication channels to provide reliable infor¬mation on global and national Covid-19 developments.

However, the ongoing digitalization process of Bangladesh has been the consequence of political will of the government led by Sheikh Hasina. In this regard the situation of information communication technology (ICT) during the government of BNP-Jamaat alliance could be remembered.

The journal Digital Review of Asia-Pacific 2005-2006 has termed the ‘policies’ of the then Bangladesh government during 2001-2006 as ‘disabling’ for the development of  ICT in the country.

In an article published in this issue of the journal about Bangladesh’s ICT sector the writer Samudra E. Haque said, ‘at that time it was evident that government’s import and export policy for 2004-2005 and 2005-2006 had discouraged research and development (R&D) oriented engineering firms from contributing to the development of the ICT sector in Bangladesh.

This in turn had alienated ICT talent in the country, who were migrating in large numbers to any country that would employ them.’ Moreover, during 1991-1996, Bangladesh had rejected a proposal for free connection with the undersea optical submarine telecommunications cable linking line South East Asia–Middle East–Western Europe (SEA-ME-WE)-3.

The situation has totally changed now. The government of Bangladesh is now encouraging the enhancement and development of ICT sector in multiple ways.

Long before the Covid-19 pandemic, ‘Digital Bangladesh’ has been very much popular, trendy, attractive and formal vocabulary. Government of Bangladesh has initiated different plan and programmes for digitalization of the country.

The government has initiated the Digital Bangladesh programme in 2009 and fixed Digital Bangladesh by 2021 vision proposed to mainstream ICTs as a pro-poor tool to eradicate poverty, establish good governance, ensure social equity through quality education, healthcare and law enforcement for all, and prepare the people for climate change.

The Covid-19 pandemic has come amid the ongoing implementation programmes of Digitalization.  Now, the question is how we can realize the full potentials of digitalization vis-à-vis technologies for continuing our activities in the time of pandemic and even in post-pandemic situation?

The argument that could be put forward for addressing the question is “due to Covid-19 pandemic the dependency on technology has increased, which in turn also has strengthened and accelerate the necessity of digitalization.

However, the realizations of the full potentials of technology depend on some factors and also face some challenges.” The unavoidable dependency on and huge development of ICT sector has been the bigger part of fourth industrial revolution.

Like earlier ages the innovations of technology are helping the mankind and thus technology has become part and parcel of our life and livelihood.

Amid the pandemic of covid-19 and accelerating need of ICT, two names are worth mentioning, one as ‘whistle blower’ of covid-19, and another as ‘soothsayer’ of fourth industrial revolution.

The first one Dr. Li Wen Liang was an Opthamologist of China’s Wuhan Central Hospital.  Dr. Li sent a message to a private social group on WeChat alerting his medical friends of infected cases, advising them to wear protective equipment. Some members in his group later disseminated his message on other public platforms.

Even such a normal act of information sharing among colleagues was not acceptable to the Chinese authority, as it troubled a sensitive subject. On 1 January, the Wuhan Police announced that they had called eight people for questioning about spreading rumours. Among them was Li, who was forced to sign an undertaking that he would stop such illegal activity which had ‘severely disturbed social order’.

Dr. Li himself was later hospitalised after contracting the virus and died in the early morning of 7 February, 2020. On his sickbed he said in a number of interviews with the reporters that ‘a healthy society should not speak in one voice’. Now, it is the time to remember with humble respect the whistle blower of Coronavirus, Dr. Li WenLiang.

He was not a rumour monger. He revealed the truth and warned everybody to take protective measures for saving life from the transmissions of COvid-19.

To name only a few, 3D printing, robotics, artificial intelligence, the internet of things, and research in neuroscience are revolutionising not only industrial processes, but also ourselves as human beings and as a society.

The first industrial revolution, powered by the steam engine, changed the world by replacing muscle power with mechanical power. In the second one, electricity and the assembly line made mass production possible.

The third one was powered by digital computing and the internet, and it created automated production and the connected world we are living in now.

In his short and very well written book The Fourth Industrial Revolution Klaus Schwab argues that we are now witnessing the beginning of the fourth industrial revolution, and that we must prepare for the systemic changes that are ahead.

The fourth industrial revolution is the fusion of technologies that is blurring the lines between the physical, digital, and biological sphere. It affects not only industrial production, but basically all areas of society.

It transforms how we manufacture, from fully autonomous, smart industries to synthetic biology; how we communicate, with ubiquitous and quantum computing, but also threats to privacy and transparency; and how we shape our society, in an era where a lot of human work becomes unnecessary and can be replaced by machines.

As the world reacts to the Covid-19 coronavirus pandemic, businesses and governments are becoming increasingly reliant on technology to support citizens and workers forced to self-isolate or quarantine to mitigate the spread of the virus.

Remote working and collaboration tools have become essential systems, with new demands placed on networks and datacentre infrastructure. As corporate networks extend beyond the firewall, security remains an ever-present concern, especially as malicious actors look to exploit fears over the pandemic.

The Covid-19 pandemic forced Bangladesh, like many other countries, to enforce an extended country-wide lockdown to ensure social distancing and scale down the potential spread of the virus among the people.

Now, for continuing economic activities the lockdown has been relaxed but other things, avoiding mass gathering, face-to-face contact, maintaining physical distancing must remain mandatory to check transmission of Covid-19 pandemic.

Now the organisations in Bangladesh and around the world realize that the traditional face-to-face coordination and communication in office culture is not a viable model to run an office during this pandemic.

For every organisation involved in dealing with the crisis, digital systems have become an absolute lifeline - and for health services, the way they use tech can more than ever be the difference between life and death.

People today are realizing that a significant part of the office and economic activities can be done from anywhere more flexibly. And sitting behind the office desk, face-to-face communication, and physical meetings are not as necessary as assumed in past.

This digital style of working during the pandemic, however, may be considered as a forced entry into the fourth industrial revolution (4IR).

The groundbreaking technological and scientific innovations of recent decades have changed many old dynamics, and posed a serious challenge to the way we perceive and understand economic relations.

We have been witnessing profound technological transformations and a frightening paradigm shift has been underway. It is called the Fourth Industrial Revolution. Technology cannot prevent the onset of the pandemics; however, it can help prevent the spread, educate, warn, and empower those on the ground to be aware of the situation, and noticeably lessen the impact.

However, having said that we should also keep in mind that for realization of full potentials of technology in the education sector the developing countries specially the countries of South Asia needs to address several factors and face some challenges.

The factors and challenges generate from the gap between rich and poor, between rural and urban, between developed and developing or least developed societies. In 2015 when the Sustainable Development Goals (SDGs) were declared for promoting educational quality for all and make them ready for all we know that there is already a gap.

But true to the pandemic there will be increasing gap especially for the poorest, the lowest achieving, the less motivated learners and the disadvantaged groups.  There is a greater need to take necessary steps for reducing the gap.

[This is the modified version of the  keynote address presented in the International Multidisciplinary Webinar on Technology amidst Covid-19 Pandemic: An Initiative to Evolve Resources at Attoor, Knyakumari, TanilNadu, India on June 04, 2020 Thursday]

‘Fake news’, the law and self-censorship in Southeast Asia

Neoliberalism and the Coronavirus

Repeal of Article 370 and time to call Pakistan’s bluff

We must stop the US from going to war with Iran