By A H M Zehadul Karim 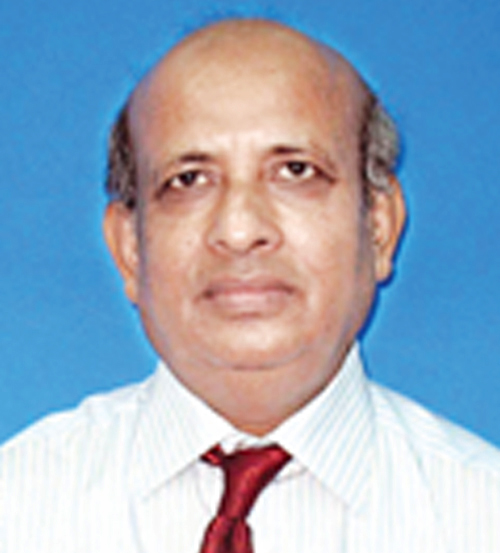 Myanmar is a close neighbor of Bangladesh having an adjacent boarder of 271 kilometers where the Rohingyas of Arakan had long been living there since many centuries past.

While depicting the geopolitical history of Arakan, it becomes evident that it had not always been the part of Myanmar; rather, during the Middle Ages, Arakan itself was an independent state and thus had remained extended over the boarders of Chattogram

Hill Tracts in Bangladesh. Hence, it is quite obvious that many Rohingyas who had settled in parts of Arakan in the past, went there at least three to four hundred years earlier. Contextually, it is perhaps a unique exception, where the Rohingyas being lived and settled there for centuries were not yet given the citizenship of Myanmar until now.

Historical evidences clearly suggest that as soon as the British left, Myanmar started persecuting the Rohingyas both physically and mentally in their own place of origin; and marginalised them socially, economically and politically.

It may be recalled that during 1940s, there was once a sentiment for establishing a separate Muslim state in Arakan but it could not gain momentum due to absence of any proper leadership and also it could not be materialised due to mischievous political attitude of the British colonial power.

It also failed because of the reason that the Burmese military junta subsequently instigated the other ethnic groups of the country as part of military cleansing to cripple and marginalise the Rohingyas as well as the Muslims of Myanmar. We must note here that it is for that reason most experienced and learned global politician and the former Malaysian Prime Minister, Dr Tun Mahathir Muhammd once had justifiably admonished the world community either to create an independent homeland for the Rohingyas within Myanmar boundary or to allow them to be legally repatriated back to their own land obtaining genuine civic recognition as bona fide citizens of Myanmar.

Arakan has now been renamed as Rakhaine with a deceitful configuration and treacherous motive to instigate the Maghs having made them a convincing realisation  that it is actually their land and the Muslims and the Rohingyas are the settlers from outside.

This is perhaps because of the reason that Myanmar had always been an undemocratic country being dominated by the rule of army who do not have proper respect or care for democracy and human rights. In real sense, the numerical length of Rohingya settlement in Myanmar had met lengthiest duration in terms of their settlement requirement than many other ethnic groups living in that country.

Although many of these ethnic groups had arrived in Myanmar later than the Rohyangas, yet they were naturalised as citizens; whereas, the Rohingyas have still been waiting for it. This is very much undemocratic and a conspicuous injustice to them which requires serious international intervention. Myanmar should learn from Bangladesh how gently it behaves with its minorities and other ethnic groups of people living in Chittagong Hill Tracts and other parts of the country.

Meanwhile however, the years 1958, 1978 and 1992 passed by when the Rohingyas have had been oppressed and tortured in different ways and to get rid of Myanmar persecution, many Rohingyas  from time to time, infiltrated and entered in Bangladesh. It is reported that during 1991-92, the Rohingya settlers in Bangladesh stood at 25, 0877.

And finally due to recent military atrocities in 2017, another ten lacks have had entered and temporarily settled in the country. We must let the world know that the land in which the Rohingyas  had been residing since long past in Myanmar is actually their land where they should immediately be returned back with full honour and dignity.

Myanmar Army and Aung Saan Suu Kyi must not forget the history and allow the Rohingyas to resettle in Rakhaine or Arakan, whatever they say obeying the verdicts of International Court of Justice. Otherwise, Myanmar will have to face world pressure for ignoring the humanity especially at this critical demolition of COVIC-19 pandemic.

The international communities including the United States, China and India have been fully convinced that the Rohingyas must return to Myanmar obeying the global sentiments.

While visiting Myanmar, the Principal Deputy Assistant Secretary of the United States, Simon Henshaw once in the last year described the Rohingya situation as appalling and said that his visit to Myanmar was an eye-opening to the situation identifying it as very complex and crucial.

His team reminded Myanmar government about their responsibilities in modest diplomacy to restore security and stability in Rakhaine State, and had asked them to investigate the reports of atrocities by identifying those who are responsible for such crime.

Finally, Simon Henshaw and his team mentioned it clearly saying that Rohingyas have to be allowed to return home to their own land and quick efforts are needed to restore their settlement and villages.  They also added that there should be a political reconciliation in Rakhaine State between many ethnic groups making the Rohingya’s immediate safe and successful return to their place.

Desperate Rohingyas are now attempting to travel to East Asian countries on sea routes often drawing headlines of international medias and obviously the portrayal of their sufferings in the global media often encourage international human-rights organisations persuading Bangladesh to allow them entry in this land again to add the number.

In fact, it occurred just recently when two trawlers carrying around 375 Rohingyas had arrived on the shore of Malaysia being detained in their territorial water in Langkawi since April 5, 2020.

It further reported that these trawlers with hundreds of Rohingyas are stranded in the Bay of Bengal without having adequate water and food which is undoubtedly inhuman; but, Bangladesh Prime Minister, Sheikh Hasina already in the past allowed more than ten lacs Rohingyas taking shelter in Bangladesh since the military atrocities had begun in Myanmar in 2017 compelling them coming floated to Bangladesh from Myanmar.

Are India and USA headed for trade pact?