Contribution of BAF in Liberation War

Squadron Leader Sultan Mahmud fled from West Pakistan and took part in War of Liberation in 1971 as an   ordinary soldier under Sector No. 1. He, as a valiant freedom fighter destroyed electric Sub-station in Modunaghat in Chattogram and disrupted smooth power supply in Chattogram area. He also worked as Officer Commanding of new born BAF unit ‘Kilo Fight’.

Flight Lieutenant M Matiur Rahman came Bangladesh in last week of January of 1971 on two months leave. When war broke out on March 25, he opened a training camp in Bhairab and provided training to Bangalee youths. He also took part in anti-Pakistani rally and procession and collected weapons from various sources for fighting against occupation forces and made resistance. In spite of being a member of Pakistan Air Force he joined resistance war by dint of Patriotism.

Flight Lieutenant M Matiur Rahman returned to Karachi after the leave and decided to join Liberation War actively hijacking a fighter plane. Pakistani Pilot Rashed Minhaz was preparing for a solo flight with a training aircraft. Then Flight Lieutenant M Matiur Rahman ordered him to stop the plane on run-way as being authorized flight safety officer. Minhaz stopped the plane and then Matiur climbed into the cockpit. In the meantime he sent a message to control tower that he has been hijacked. Minhaz wrestled with Rahman to take control over the plane and during that time the plane crashed and both the pilots died. The day was 20 August of 1971. Flight Lieutenant M Matiur Rahman was decorated with the highest oder of military  ‘Bir Shreshtho’ for his supreme sacrifice in Liberation War. Matiur was buried in Pakistan in a graveyard of fourth class employee and hanged his photo at the entrance of Mashrur Air Base indentifying him as a traitor. After over 30 years of negotiations, Matiur’s mortal remain was finally returned to Bangladesh on 24 June 2006 and was buried in Martyred Intellectual Graveyard in Mirpur, Dhaka. 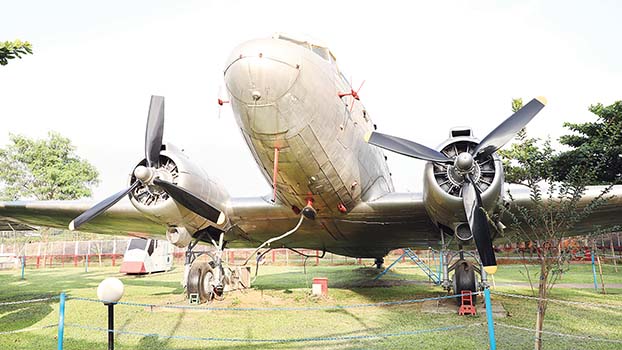 At the same night (3 December) Squadron Leader Shamsul Alam and Captain Akram Ahmed attacked Eastern Refinery in Chattogram and totally destroyed the Oil Depot. They took off at 11-40 PM and reached their target at 01-40 AM and successfully returned at Silchar  at 03-10 AM. Members of Kilo Flight also later conducted several air attacks in Sylhet and Moulvibazar area.

A total of one thousand and 131 members of Bangladesh Air Force actively took part in Liberation War. For their heroic role in Liberation War one was decorated with Bir Shreshtho gallantry award, six Bir Uttam award, one Bir Bikram award and 15 Bir Protik award. 50 BAF members including six officers made their supreme sacrifice in Liberation War.

Valiant Freedom Fighter of Kilo Flight Captain Akram Ahmed said, “Our young generation must know the correct history of our Liberation War.  Seed was planted during the language movement in 1952. Ultimately Bangabandhu nurtured that seed to a full grown tree with the branches of six points. Actually the six points program inspired us for an independent country with Bangalee culture, secularism and free from economic exploitation.” The present young generation must uphold these basic principles for which Bangladesh was liberated, he added.

How do you get a visa for Cuba

How cold does it get in Texas