Chinese PLA: A key force for the world peace in the new era 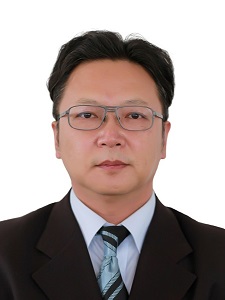 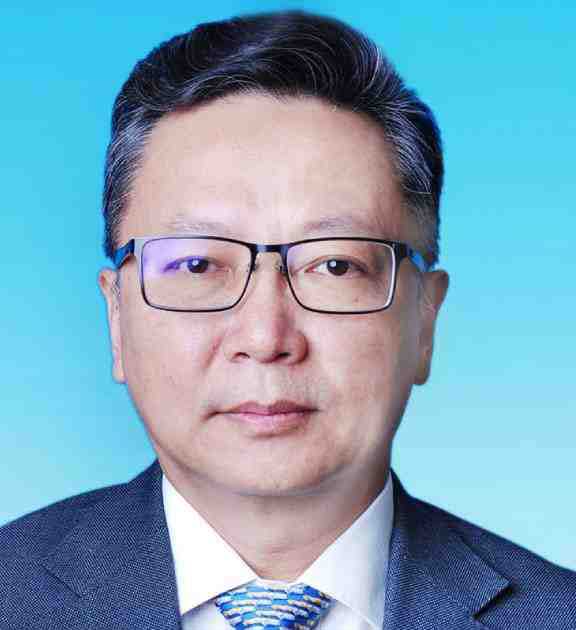 August 1st, 2021 marks the 94th anniversary of the founding of the Chinese People's Liberation Army (PLA). Under the strong leadership of the Communist Party of China (CPC), the people's army has gone through testing and difficult times, making great sacrifices in exchange for more and more glorious victories. Over the past 94 years, the PLA has been dedicated to the service for the Chinese people and Chinese nation, which could be demonstrated by the following five "P"s: the PLA is a People's force under the absolute leadership of the Party, guards the Path of peaceful development, remains a staunch force for world Peace, and is willing to boost the Partnership with Bangladesh and other peace-loving countries in the world.

The PLA is a people’s force under the absolute leadership of the Party. This reveals two fundamental features of the PLA. First, the Party's absolute leadership over the military is a defining feature of Chinese socialism, and a major source of political strength to the Party and the country. This year marks the centenary of the CPC. Upholding the Party's absolute leadership over the people's military is the unbreakable truth that the CPC has discovered through its entire history. On August 1, 1927, the gunshot in Nanchang city was like lightning through the night sky. Since then, the people's military has firmly adhered to the leadership of the CPC, and actively engaged in the cause for the independence of the nation, the liberation of the people and the prosperity of the country.

The military has blazed a new trail through difficulties and warfare, made great sacrifices, won glorious victories one after another and achieved great historical achievements for the Party and the people. Looking back to the past struggles and looking forward to the future, it has been fully proven that the Party's absolute leadership over the PLA is the eternal soul of the Chinese military and the DNA deeply integrated in the Chinese military's blood, which can never be changed or lost. History has well indicated that without the CPC, there would have been no new China, neither would there be socialism with Chinese characteristics, nor the great rejuvenation of the Chinese nation.

Since its founding, the PLA has been putting the people's lives and safety first, and participated in disaster rescue and relief efforts, such as the 1998 storm and floods in the Yangtze River, the 2003 SARS outbreak, the 2008 Wenchuan earthquake and the 2019 Covid-19 pandemic. The PLA has never failed in its tasks and never fallen short of the people's hopes and aspirations. Since mid-July this year, continuous heavy rainstorm has been hitting the Henan Province in central China, and many places have been suffering urban waterlogging, debris flows, landslides and other natural disasters. At the critical point, more than 8800 PLA troops took the immediate action and rush to the flood-hit areas upon receiving the important instructions by President Xi Jinping and the overall deployments of the Central Military Commission (CMC), making utmost efforts to protect local people's life and property safety.

The appearance of the PLA has always brought warmth and hope to the disaster-affected people, and boosted confidence to win the battle against disasters. It is proved once and again that the Chinese military stays closely connected with the people and remains a reliable force for safeguarding lives and peace.

The PLA firmly guards China's path of peaceful development. China unswervingly pursues a national defense policy that is defensive in nature and the military strategy of active defense. This is determined by China's socialist nature, its strategic choice to take the road of peaceful development and independent foreign policy of peace, as well as the traditional Chinese culture advocating “peace and harmony”. The Chinese military is firmly committed to fulfilling its duties and missions, safeguarding the country's sovereignty and security, upholding fairness and justice, and adhering to the basic principles. Since the founding of the People's Republic of China in 1949, the PLA has never initiated any war or occupied any inch of another country's land.

The building and development of China's national defense and armed forces is entirely driven by the need to safeguard China's national sovereignty, security and development interests, not targeting any country or not posing threat to any country. It is worth noting that China is committed to building an amicable relationship with its neighbors, and peaceful resolution of disputes over territory and maritime demarcation through negotiation and consultation.

China has settled its border issues with 12 of its 14 land neighbors and signed treaties on good-neighborliness, friendship and cooperation with 8 countries on its periphery, all by negotiation and consultation instead of wars or violence, which set a rare and significant example for dealing with the relationship between neighboring countries. China insists on the peaceful coexistence between countries of different nations, cultures and religions, and supports greater democracy in international relations. History has proved and will continue to prove that the PLA is a strong pillar for safeguarding China's security, and a key force for protecting the peace in the region and beyond.

The Chinese military will remain a staunch force for world peace. The PLA has actively developed relationships with its foreign counterparts, participated in global security governance, and continued to provide public security products such as UN peacekeeping operations, vessel escort missions, and global anti-epidemic supplies, thus making constant contributions to safeguarding national interests, maintaining world peace, and building a community with a shared future for mankind. Since 1990, the PLA has sent more than 40,000 personnel to 25 UN Peacekeeping Operations (UNPKOs), in which 16 Chinese peacekeepers have laid down their lives for the cause of the global peace. At present, there are more than 2500 PLA troops serving in eight UN missions. China is not only the second largest fund contributor to the UNPKOs, but also the largest troops contributor among the permanent members of the UN Security Council.

Since 2008, the PLA Navy has regularly deployed 38 fleets composed of more than 110 vessels and 30,000 personnel, to escort civilian ships in the Gulf of Aden and waters off Somalia, and provided protection for over 6900 ships, half of which were foreign commercial ships. In the past 13 years, the Chinese PLA hospital ship Peace Ark has visited 43 countries and provided free medical services to more than 230,000 people. And Chattogram is the only city that the ship has visited twice, respectively in 2010 and 2013. Since the outbreak of COVID-19, the Chinese military has provided the international community with support and assistance within its capacity.

The PLA has provided emergency medical supplies to a number of countries including Bangladesh. With the approval of the CMC, the PLA has recently provided vaccine assistance to the militaries of a number of friendly countries. This is a major step taken by the Chinese side to fulfill its international responsibilities and obligations and make the vaccines a global public good. It is not for any geopolitical purpose, and there is no political strings attached. The contributions of the Chinese military have been highly recognized and extensively welcomed by the international community.

China is willing to boost the strategic Partnership with Bangladesh. Mil-to-mil relationship is an important part of China-Bangladesh relations and has made positive contributions to the consolidation and development of bilateral relations. In recent years, cooperation between the two armed forces has grown steadily, with frequent high-level visits, increasing number of personnel training and broadening exchanges in various fields. In April 2021, the Chinese State Councilor and Defense Minister General Wei Fenghe visited Bangladesh in spite of the severe epidemic situation, and paid deep tributes to Father of the Nation Bangabandhu Sheikh Mujibur Rahman.

During the visit, General Wei met with the Honorable President Abdul Hamid and Bangladesh military leaders, and the two sides agreed to advance the bilateral military cooperation. As General Wei stressed, both countries are at a crucial time in national rejuvenation and development at present. China is willing to work with Bangladesh to extend the bilateral defense cooperation, including closer cooperation in equipment technology, and boarder exchanges in specialized fields. As a strategic partner of cooperation, China would like to support Bangladesh to develop its own national defense industry and to improve its capability to defend its security. In the face of the COVID-19 epidemic, the PLA has provided a number of medical equipment to Bangladesh counterparts, and is ready to provide the latter with COVID-19 vaccines and other necessary medical supplies at the earliest.

China is willing to work with Bangladesh to implement the important consensus reached by the leaders of both sides, strengthen strategic communication, and expand cooperation in personnel training, equipment and technology, disaster relief, peacekeeping and other fields, thus pushing the relations between the two countries and their armed forces to a new high.

As the world today faces profound changes unseen in a century, the PLA will fully implement Xi Jinping Thought on strengthening the military in the new era, and stride forward along its own path to build a stronger military and endeavor to achieve the great goal of developing world-class forces in an all-round way. The PLA has the determination, confidence and capability to prevail over all threats and challenges, and stands ready to provide strong strategic support for the realization of the Chinese Dream of national rejuvenation, and to make new and greater contributions to the building of a Community with a Shared Future for Mankind. As stated by President Xi Jinping at the ceremony marking the centenary of the CPC, “We must elevate our people’s armed forces to world-class standards so that we are equipped with greater capacity and more reliable means for safeguarding our national sovereignty, security, and development interests.”

Why should St. Martin’s Island be declared as marine protected area?

Kishida doubles down on economic security