For the first time in years, there are few surprises in this year’s Booker Prize longlsit. This is a list dominated by big names, including one author who won the prize almost four decades ago. Salman Rushdie’s ‘Quichotte’, published next month, is a picaresque road trip through contemporary America inspired by Don Quixote. Jeanette Winterson also riffs on a classic: ‘Frankissstein’ is a mashup of Romanticism and cutting-edge technology, exploring gender identity and AI. Deborah Levy gets her third nomination in a row for The Man Who Saw Everything, a wildly original treatment of totalitarianism and desire, while John Lanchester’s The Wall is a controlled dystopia about borders going up in a time of climate crisis.

But the biggest name, with the year’s biggest book, is Margaret Atwood: her ‘Handmaid’s Tale; sequel ‘The Testaments’ is under lock and key until publication, set for 10 September. It starts 15 years after the original novel ends and is narrated by three female characters, but “spoiler discretion and a ferocious nondisclosure agreement prevent any description of who, how, why and even where,” say the judges. All they will let slip is that it’s “terrifying and exhilarating”. 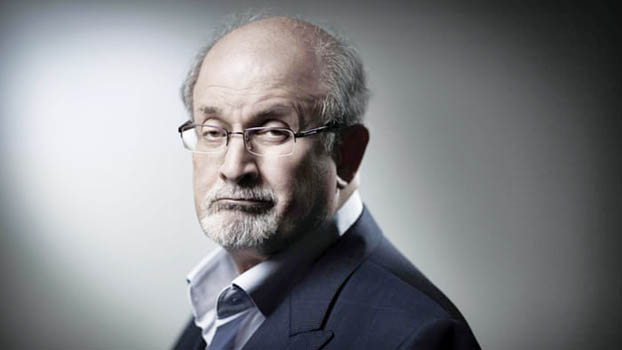 Booker Prize winners Salman Rushdie and Margaret Atwood are contenders again for the coveted fiction trophy. Rushdie, who won in 1981 for “Midnight’s Children,” makes the 13-book longlist for his latest

novel, ‘Quichotte’. Atwood won in 2000 for “The Blind Assassin” and is nominated for “The Testaments,” a follow-up to “The Handmaid’s Tale.”

The eight women and five men on the list announced on Wednesday include Britain’s Max Porter for ‘Lanny’; Nigerian-British writer Oyinkan Braithwaite for ‘My Sister, the Serial Killer’; British-Turkish author Elif Shafak for “10 Minutes 38 Seconds in This Strange World”; and Lucy Ellmann, the only American finalist, for “Ducks, Newburyport.”

Six finalists will be announced September 3, with the winner revealed October 14.

A desktop plant can be a workplace stressbuster