Despite the ongoing COVID-19 pandemic, preparations for the Beijing Winter Olympic Games, scheduled to open February 4, proceed in an orderly manner. China has fully delivered on the commitments it made when it submitted its bid for the Winter Games in 2015. Beijing has already opened its arms to welcome guests from around the world and is set to deliver a spectacular sports event to bring hope to a world still grappling with the pandemic of the century.

So far, 20 cities in the world have hosted the Winter Olympics, three of them in Asia: Sapporo (1972) and Nagano (1998) in Japan and Pyeongchang (2018) in South Korea. Beijing is the fourth Asian city to host the Winter Olympics.

China is actively engaged in international sports events and has fostered deep friendships with countries around the world, especially its neighbours.

As early as in 1963, China sent a delegation to the first Games of the New Emerging Forces (GANEFO) in Jakarta, Indonesia, and returned with 66 gold medals, drawing extensive attention from the international community. Following the success of the 1990 Beijing Asian Games, the Chinese capital successfully hosted the Summer Olympics in 2008 and showed the world the dramatic changes that have taken place in China. From the 2018 Pyeongchang Winter Olympics to the 2020 Tokyo Olympics, and now the 2022 Beijing Winter Olympics, the Olympic flame has been ignited for Asia three times in four years, welcoming athletes from around the world to meet and compete on the eastern continent. No matter which country hosted the Summer or Winter Olympic Games, China, Japan and the ROK have expressed mutual support in hopes that the Olympic Games would contribute to peace and stability in Northeast Asia and the world. The games have highlighted the contribution of sport to the promotion of peace and development, which was recognized by a UN resolution in 2003.

As the Beijing 2022 Winter Olympic Games are drawing near, heads of state of neighbouring countries including Mongolian Prime Minister Luvsannamsrai Oyun-Erdene and Pakistani Prime Minister Imran Khan confirmed their attendance at the opening ceremony. Officials from governments and Olympic committees of many countries expressed anticipation and best wishes for the event, defining the Olympic motto of “together.” 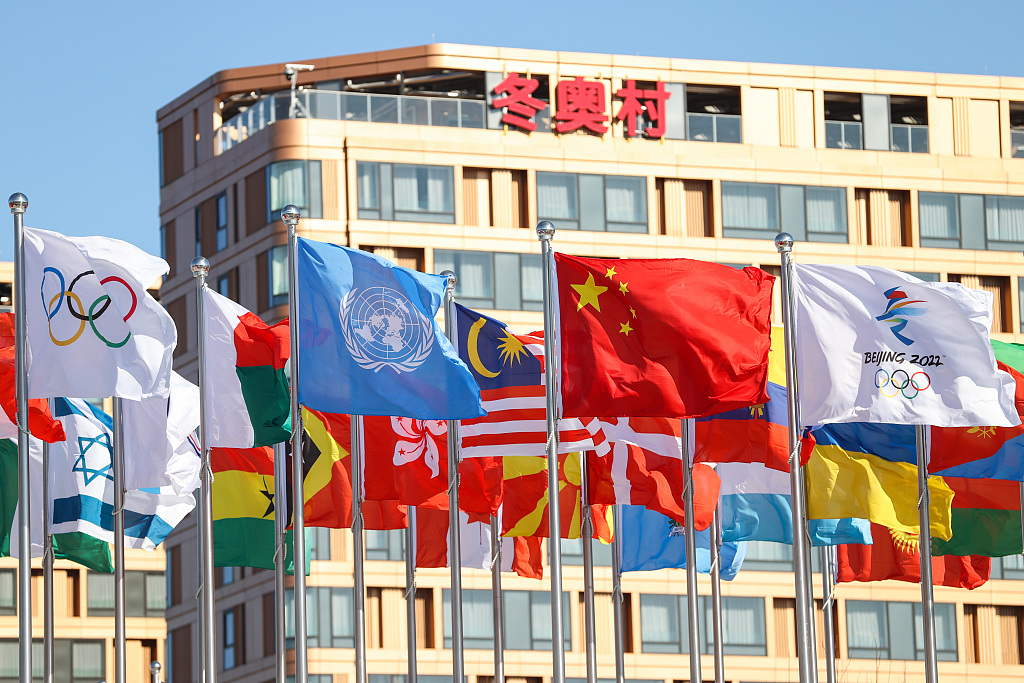 The Olympic Games is a sports festival for all mankind that should transcend politics, remarked Mongolian Prime Minister Luvsannamsrai Oyun-Erdene.

Former Japanese Prime Minister Yasuo Fukuda praised the steady progress of the preparations for the Beijing 2022 amid the pandemic and expressed hope for excellent performances from athletes and success for the Beijing Winter Olympics.

“The hope is that East Asian countries like Japan and China communicate with each other through sports towards the goal of enhancing mutual understanding and friendly feelings with other countries,” said Japanese Olympic Committee Chairman Yasushita Yamashita, who also wished the Beijing Winter Olympics a complete success. He expressed confidence that it would bring much-needed light, hope, courage, and vitality to the world overshadowed by the Covid-19 pandemic.

A spokesperson for the Ministry of Foreign Affairs of the ROK said that the ROK has always supported the Beijing Winter Olympics and hopes that the event will contribute to the peace and stability in Northeast Asia and the world as well as the development of inter-Korean relations.

The Olympic Committee and Ministry of Physical Culture and Sports of the DPRK sent a letter to the Chinese Olympic Committee and the General Administration of Sport of China, saying that although the DPRK would not be able to participate in the Beijing Winter Olympics because of the pandemic, it fully supports China in organizing grand and wonderful games.

Laos values the important contribution of sports to the cause of peace and development of mankind and firmly believes that, guided by the spirit of sports, the Beijing Winter Olympics would provide new impetus for global peace, development, and friendship as well as mutual understanding and inclusiveness, according to a statement issued by the Ministry of Foreign Affairs of Lao PDR.

xSeri Mohamad Norza Zakaria, president of the Olympic Council of Malaysia, hailed the slogan of the Beijing 2022, “Together for a Shared Future,” for its advocacy of unity and advancement that embodies the core values and vision of the Olympic Movement and the pursuit of world unity, peace, and progress. “I am confident that Beijing is ready to present the world a wonderful Winter Olympic Games,” he said.

Looking forward to the Winter Olympics in Beijing, Namal Rajapaksa, Minister of Sports and Youth Affairs of Sri Lanka, stated that his country opposes any form of politicization of the Olympics Games and sports. “Sports unite people from all over the world, and the spirit of sports is a pure embodiment of humanity and represents everything that is good on this planet,” he said. “Nothing else better embodies this than the Olympics.”

On January 12, the website of Indian media outlet The Pioneer quoted unnamed sources as claiming that Indian Prime Minister Narendra Modi made the decision to support the Beijing Winter Olympics after consultation with National Security Adviser Ajit Doval, in light of the Indian government’s “neighbourhood first” policy.

In a joint interview with Chinese media on January 14, Pakistani President Arif Alvi expressed great appreciation for China’s efforts to prepare for the Winter Olympics and opined that the Olympics are meant to increase cooperation between people and unite nations. “I believe the Beijing Winter Olympic Games will be very successful,” he said. “Pakistan will participate in the splendid sports event with passion and joy, and I hope that this young generation of athletes will bring back beautiful memories from China to their own countries.”

Support from the rest of Asia has been harmonized into a “symphony” celebrating the Beijing Winter Olympics, themed “Together for a Shared Future,” warming the winter in the shadow of the pandemic.

On January 4, one month before the opening of the Beijing Winter Olympic Games, Chinese President Xi Jinping visited a competition venue, the Main Media Center, a winter sports training base, and other places, to inspect preparations for the Olympic and Paralympic Games, and the trip made headlines. According to Chinese Foreign Ministry spokesman Wang Wenbin at a regular press conference, President Xi’s recent inspection trip showed that China placed priority on preparations and sent three key messages to the international community: First, China honours its commitment. Second, China is ready. Third, China is confident in its ability to run the Olympic Games safely and successfully amid the pandemic.

Indeed, China is ready to light the Olympic flame once again at its National Stadium, dubbed the “Bird’s Nest,” and send the Olympic message of peace, friendship and progress to the world by delivering a simple, safe, and splendid sports event.

- Zhou Xin is a scholar of international studies