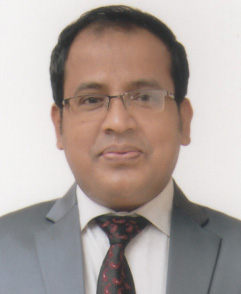 The incumbent government's strategic planning and pragmatic policy have made Bangladesh one of the top three performers on the Sustainable Development Goals (SDGs) Index. According to the Sustainable Development Report 2021 by the United Nations Sustainable Development Solutions Network, this is for the first time since the adoption of the SDGs in 2015 that the score of the worldwide SDGs 2020 has dropped compared to the previous year. It cites the Covid pandemic as the reason for the decline in the SDG index, which has led to rising global poverty and unemployment.

Bangladesh is one of the three countries in the world to make impressive progress in achieving the SDGs amid the pandemic. The other two countries are Afghanistan and Ivory Coast. The report said that the three countries that have declined in terms of scores are Venezuela, Tuvalu and Brazil.

The Sustainable Development Goals-2030 Agenda was adopted by the United Nations in 2015 to ensure peace, prosperity and sustainable development of all peoples of the world by ending all forms of inequality including hunger and poverty and strengthening world peace. The official declaration on SDGs by the United Nations is "Transforming Our World: the 2030 Agenda for Sustainable Development". This global action plan was adopted by the UN General Assembly on September 25, 2015, with the principle of Leaving No One Behind. Basically, the Sustainable Development Goals (SDGs) is a document with universal, transformative, inclusive and integrated features that came into effect on January 1, 2016. The document contains 17 objectives, 169 specific global targets and 232 indicators. The SDGs are designed to ensure a better life for all people around the world by building a sustainable living world.

According to the report, Bangladesh's overall score in this year's SDG index is 63.5 percent. Last year, the score on the SDG index was 63.26 percent. It is worth mentioning here that when SDG was adopted by the United Nations in 2015, Bangladesh's score was 59.01 percent. As a result, Bangladesh's score on the SDG index has increased by 4.4 percent in the last five years. Bangladesh ranks 109 out of 165 countries in the world, being ahead of our neighboring countries India and Pakistan in implementing SDGs. However, among the South Asian countries, Bhutan is in the 70th position, followed by Maldives in the 79th, Sri Lanka in the 87th and Nepal in the 96th.

Bangladesh is moving ahead in a planned way towards achieving the SDGs and We hope under the pragmatic leadership of Prime Minister Sheikh Hasina Bangladesh will be able to achieve the SDGs successfully.

Doomsday Clock jitters and ‘how to fix a broken planet’